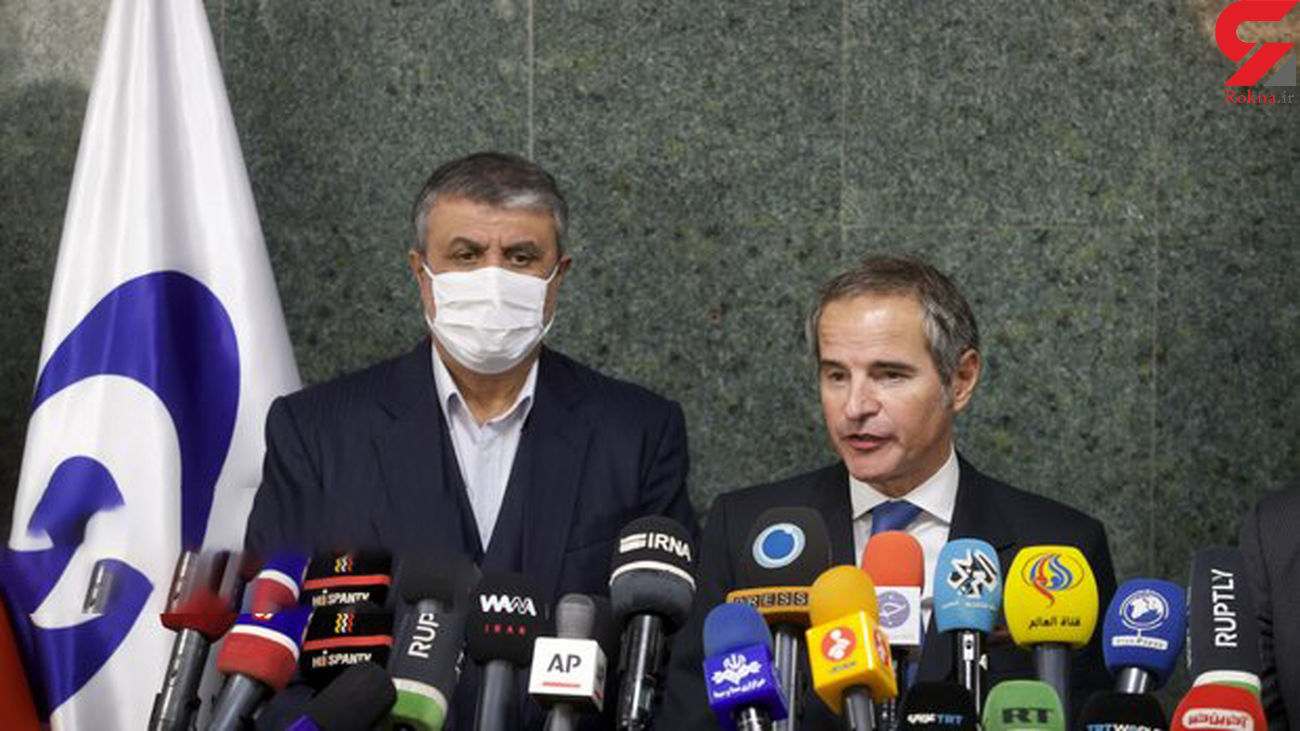 Mohammad Eslami made the remarks in his joint press conference with the IAEA Director-General Rafael Grossi on Tuesday in Tehran.

"The whole issue between Iran and the International Atomic Energy Agency is a technical one, and the IAEA does not take into account or be influenced by the political issues and conspiracy theories of Iran's enemies in advancing Iran's nuclear program," he said.

"Grossi has repeatedly stated today that he has not seen any deviations in Iran's nuclear program and that Iran is pursuing its nuclear activities in accordance with treaties and regulations," he added.

AEOI chief went on to say, "Another important issue is that Iran is determined in its nuclear program... This issue is on our agenda and the International Atomic Energy Agency will help Iran in this regard."

Referring to his previous meeting with Eslami in September, Grossi, for his part, said that the two sides had intensive talks today and are looking to continue negotiations so that they can find common ground.

He also added that he is scheduled to meet with Iranian Foreign Minister Hossein Amir-Abdollahian in a few hours.

The IAEA director-general Rafael Grossi arrived in Tehran on Monday night to hold meetings with the Iranian officials on the cooperation between Iran and the international nuclear agency on Tuesday.

Grossi's visit comes at a time when Iranian officials are complaining about outside political influence over what is supposed to be a mere technical body.

Speaking at a weekly press conference on Monday, Iranian Foreign Ministry spokesman Saeed Khatibzadeh underlined the need for the IAEA to remain solely technical and avoid being used as a tool by some parties to advance their interests.