The new ambassadors of New Zealand, Spain, the Netherland, and the Vatican held separate meetings with President Raeisi on Tuesday and officially started their mission by submitting their credentials to the Iranian president. 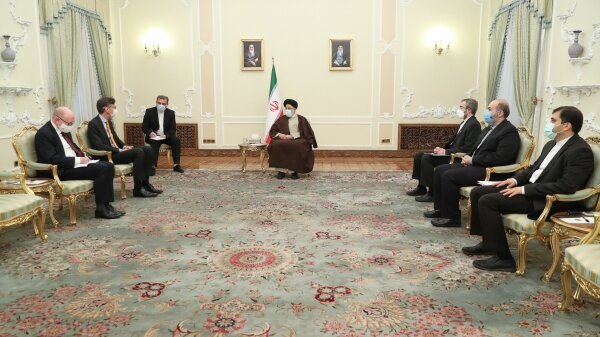 In a meeting with the new Dutch Ambassador to Tehran, President Raeisi emphasized the development of bilateral relations, saying that there are long-standing and historical relations between Iran and the Netherlands in trade, economic and cultural fields.

"Deep-rooted countries such as the Netherlands should be independent and not be influenced by the views of the current of domination”, the president stressed.

Referring to the existence of hundreds of mosques in the Netherlands, Raeisi said that respect for the rights of Muslims strengthens culture and civilization in Europe.

Welcoming the Netherlands' readiness for trade and investment cooperation, the President called for strengthening cooperation in the field of technology, especially environmental and water issues.

"Today, the system of human rights has become a pretext for pressure on developing countries, while we, based on religious and revolutionary teachings, have a duty to respect human rights, such as hosting 4 million Afghans in Iran,” he said.

At the same meeting, the new Dutch envoy conveyed the greetings of the King of the Netherlands to President Raeisi, saying, "Iran-Netherlands relations are 400 years old and Iran has always been an important trade destination for us".

"Iran is a powerful country in the region and there are many good opportunities in trade and investment between the two countries", the new ambassador of the Netherlands noted.

Referring to the situation in Afghanistan, he said, "We appreciate the Islamic Republic of Iran for hosting a large number of Afghan refugees”. 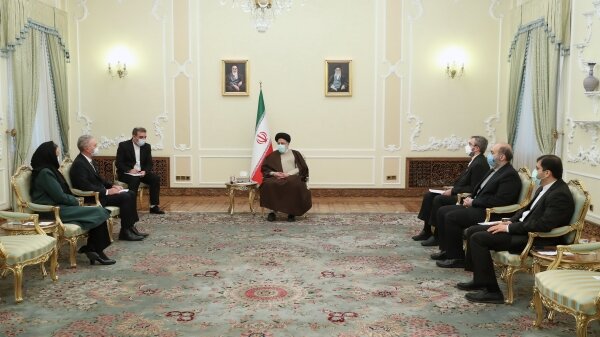 In his meeting with New Zealand’s new ambassador to Tehran, President Raeisi emphasized the necessity of expanding relations between Tehran and Wellington.

He also expressed hope that the Iranian people would defeat coronavirus. 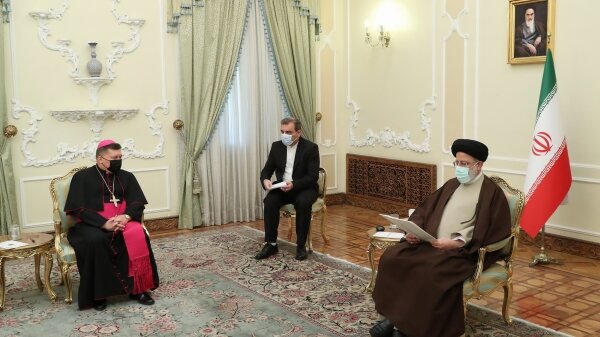 Attention to God and spirituality essential for human society

Emphasizing that attention to God and spirituality is essential for human society today, Raeisi said while receiving the credential of the new Vatican envoy to Tehran.

“Based on Quranic teachings, the common ground of Abrahamic religions bring us closer to each other. Those who are oppressive in the world today will no longer be oppressed if they heed the teachings of Christ, and the Vatican can play an active role in this regard,” he also said.

"The concepts of the religion of Christ and what the Holy Prophet (PBUH) taught us should be discussed in scientific meetings to bring the views closer to each other”, the President stated. 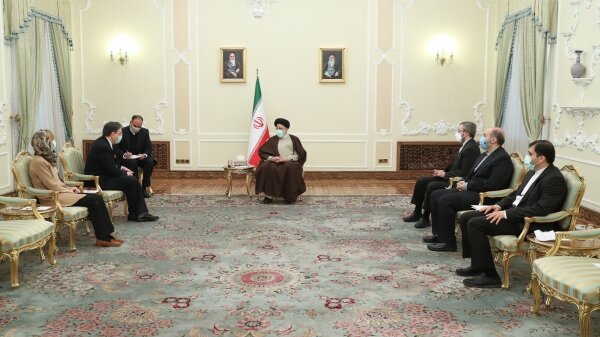 "The current level of economic relations between Iran and Spain is not acceptable and efforts should be made to further develop these relations", Raeisi told the new Ambassador of the Kingdom of Spain to Tehran on Tuesday.

"We are determined to develop economic, political, cultural and sports relations with Spain, and there are good capacities in the two countries to improve relations", the President emphasized.

"I will do my best to enhance diplomatic and economic ties between Iran and Spain”, the Spanish envoy said.