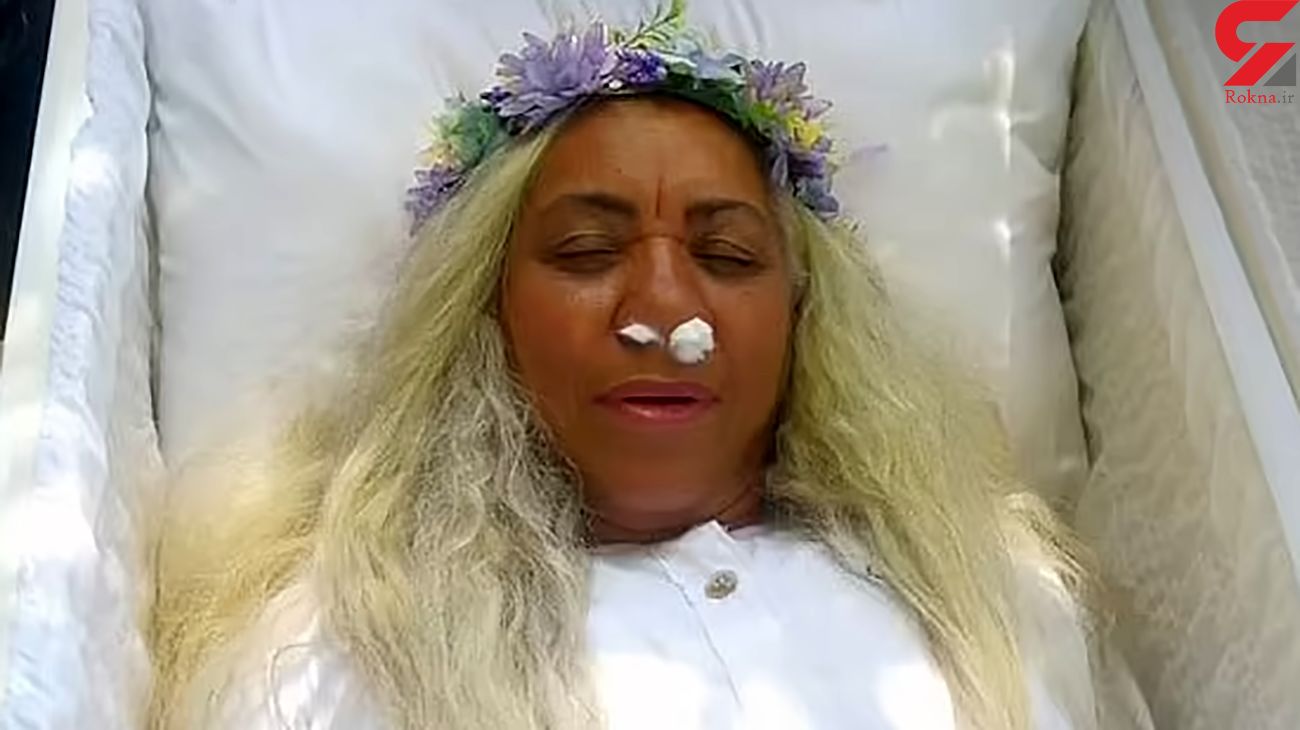 Mayra Alonzo, 59, organised her funeral rehearsal at her home in the city of Santiago at the end of April.

Friends and family bid a tearful goodbye to Alonzo, with some appearing to do a better job of fake crying than others, who were seen smiling and snapping photos on their phones.

Alonzo arrived at the funeral in a hearse, dressed head to toe in white and lay in a white coffin that she had rented for the day.

She wore a floral crown and had cotton in her nostrils at times, replicating the treatment of a corpse in a mortuary.

The party cost £710, according to Listin Diario, a Dominican news site, with the money going to pay for the coffin, as well as refreshments for the dozens of guests.

Alonzo described the event as a 'dream come true' and thanked her friends, family and neighbours for helping her to organise it.

'If I die tomorrow , I don't want anyone to do anything because I've done it all in life,' she said, referring to whether she'd have a real funeral.

She reportedly advised her loved ones not to die anytime soon, saying that being inside the coffin was very warm and lonely.

Social media users were baffled by the event, with some criticising Alonzo for holding a fake funeral at a time when so many lives are being lost due to the coronavirus.

'Some things shouldn't be messed with. There are so many people that have lost loved ones because of Covid-19,' one social media user wrote.

However, Alonzo said it was the deaths during the pandemic that inspired her to celebrate her life with the fake funeral.