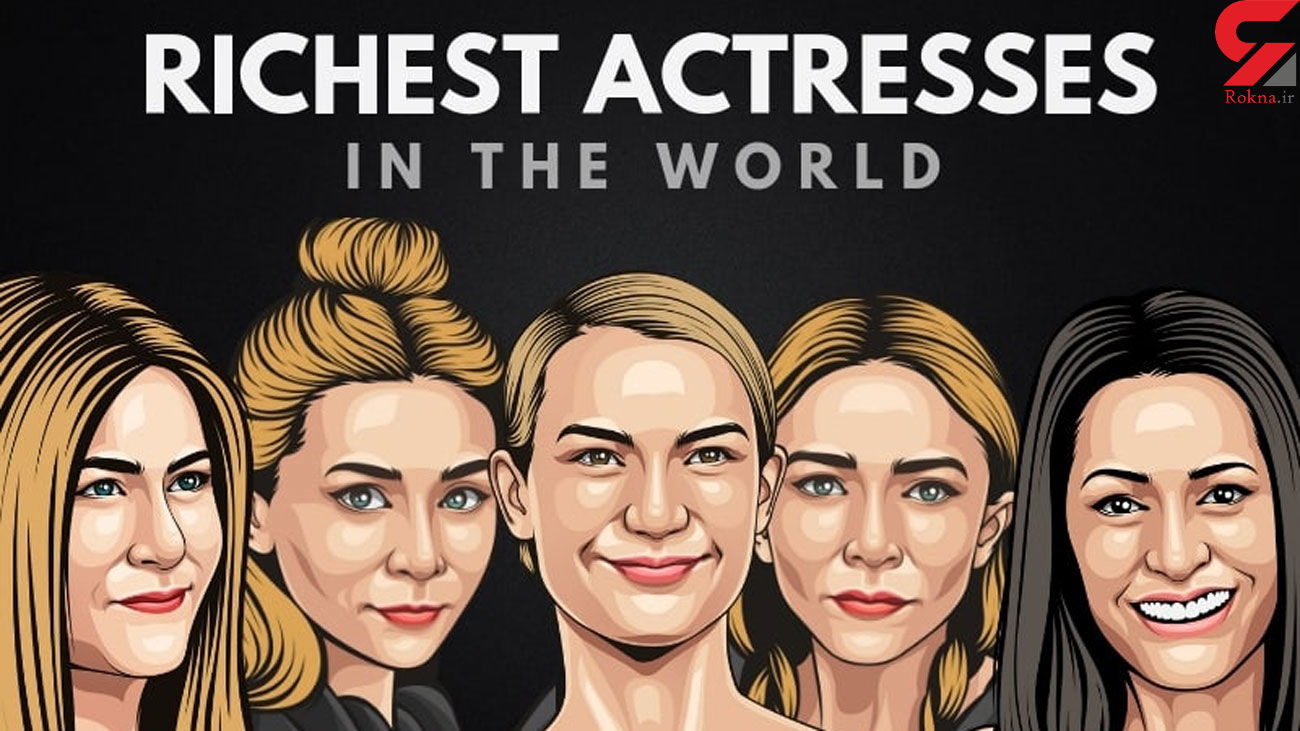 An actress, model, author, and entrepreneur, Drew Barrymore is a jack-of-all-trades. She rose to prominence with her role in the renowned E.T. in 1982 and went on to star in a number of successful films, such as 50 First Dates, Charlie’s Angels, Never Been Kissed and Scream.

Over the years she has won several awards, including –but not limited to– a Golden Globe and a Screen Actors Guild Award. As of 2019, her net worth is estimated at $125 million.

At the age of 28, Jennifer Lawrence’s films have already grossed over $5.7 billion at the box office. She was the highest paid actress in the world in 2015 and 2016, and won the hearts of many with her performance in The Hunger Games trilogy.

Lawrence went on to star in many other great films such as Joy, Passengers, American Hustle and Silver Linings Playbook, winning the best actress Academy award for the latter. As of 2019, her net worth is estimated at $130 million.

Scarlett Johansson has achieved many accolades in life. She has a star on the Hollywood Walk Of Fame, is currently considered to be the highest-paid actress in the world, and made it on the Forbes Celebrity 100 list numerous times. She rose to fame with films such as Don Jon, He’s Just Not That Into You, and the Avengers series, which has made over $8 billion! As of 2019, her net worth is estimated to be $140 million.

Winner of multiple Teen Choice Awards, Golden Globes, Critic’s Choice Awards and one Academy Award, Angelina Jolie is one of the most eminent actresses in the world today. She conquered the world of action, dazzling audiences with her performance in films such as Lara Croft: Tomb Raider, Salt, Mr. and Mrs. Smith and The Tourist.

Alongside her illustrious film career, Jolie also puts a great deal of effort into humanitarianism. As of 2019, her net worth is estimated at $160 million.

After partaking in minor roles as a child, Miley Cyrus bagged her road to stardom with Disney’s hit TV show Hannah Montana. This show quickly established Cyrus as a gifted actress and singer and garnered her millions of fans from across the globe.

Even though Cyrus decided to concentrate on her music career over films after the end of Hanna Montana, she still starred in a number of films such as The Last Song, So Undercover, and Hannah Montana: The Movie. As of 2019, her net worth is estimated to be upwards of $160 million.

Forever known as the Pretty Woman of the film industry, Julia Roberts has made her mark in Hollywood with a number of great films. She has won People magazine’s ‘World’s Most Beautiful Woman’ a record five times, and is considered to be the personification of beauty.

She won the hearts of many in films such as Eat Pray Love, Notting Hill and Runaway Bride. For the film Mona Lisa Smile, Roberts was paid $25 million, making her the highest paid actress in the world at that time. As of 2019, her net worth is estimated at $200 million.

Sandra Bullock started acting as a five-year-old, making her Hollywood debut in the 1994 flick Speed. Her debut film went on to becoming a roaring success and established Bullock as a distinguished presence in the industry. Bullock went on to star in commercially and critically acclaimed films such as Gravity, Miss Congeniality, The Blind Side and Birdbox.

Over the two decades of her career, she has won multiple Critic’s Choice, Screen Actors Guild and Golden Globe awards, as well as an Academy Award for Best Actress in the film The Blind Side. As of 2019, her net worth is estimated to be at $200 million.

Winner of 9 Emmy awards, 7 Screen Guild awards and 1 Golden Globe, Julia Louis Dreyfus made history by winning more Emmys than anyone ever had before. She is the queen of the silver screen, and her most notable roles include appearances on Seinfeld, Veep and Saturday Night Live.

Known for many things, including her portrayal as Rachel Green in Friends, Jennifer Aniston’s flair for comedy in We’re The Millers and Horrible Bosses, as well as her knack for romantic comedies in films such as The Bounty Hunter and He’s Just Not That Into You.

Her charming personality and on-screen magnetism won the hearts of many, with Aniston eventually earning almost a million dollars per episode for Friends. Over the years she has won several Emmys, Golden Globes and Screen Actors Guild Awards. As of 2019, her net worth is estimated to be $240 million.

Jessica Alba began her acting career at the age of 13, rising to prominence for her role in Dark Angel at the age of 19. Considered one of the most beautiful women in the world, Alba has starred in remarkable films such as The Fantastic Four and its sequel, Valentines Day and Good Luck Chuck.

In 2012, Alba co-founded The Honest Company, selling household and baby products. As of 2019, her net worth is estimated at a whopping $350 million.