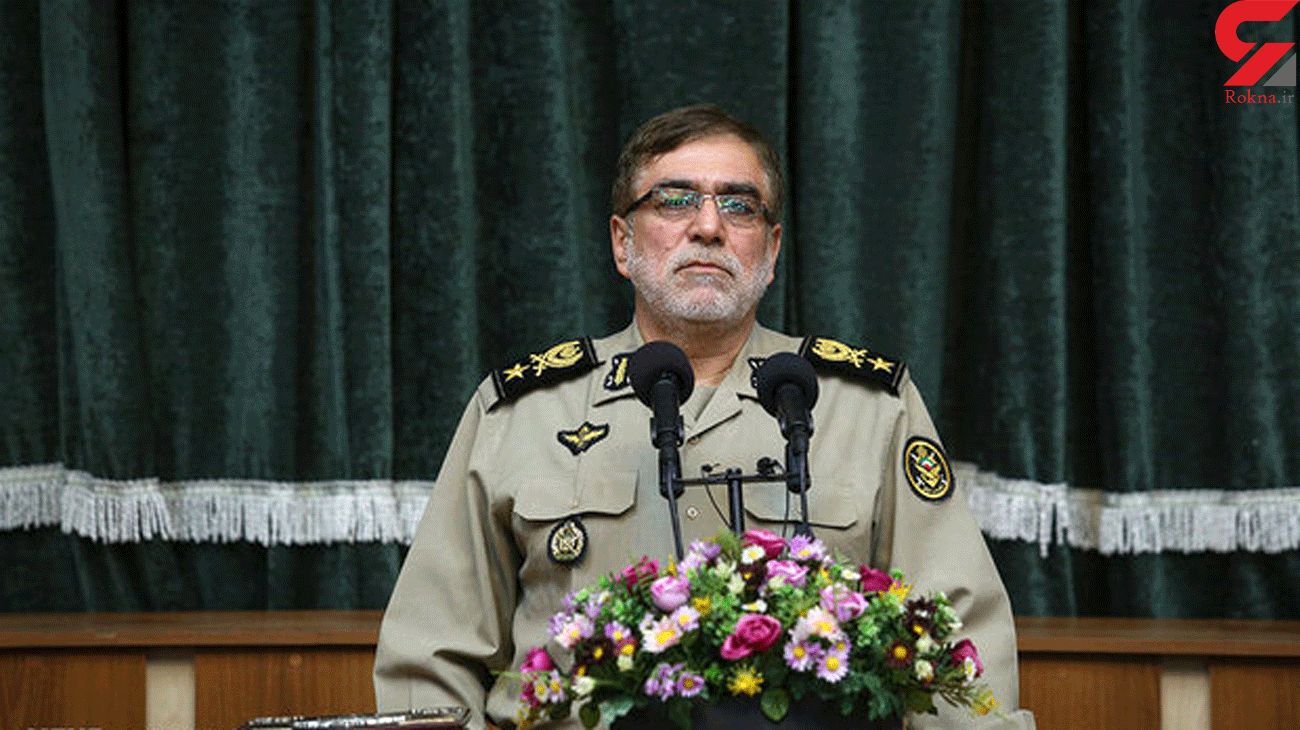 “Zionists’ prating is out of their fear because they are aware of the Islamic Republic’s capabilities,” Deputy Commander of the Iranian Army Brigadier General Mohammad Hossein Dadras said on Wednesday in a local ceremony.

The remarks came in response to recent threats of the Zionist officials for targeting Iran's nuclear sites.

Israeli minister of war Benny Gantz boasted that the regime is updating plans to strike Iranian nuclear sites and is prepared to act independently. "If the world stops them before, it's very much good. But if not, we must stand independently and we must defend ourselves by ourselves," Gantz boasted.

Iranian Defense Minister Brigadier General Amir Hatami had earlier responded to the threat, warning the Zionists of any miscalculation. The minister warned that Iran will go for plans to raze Haifa and Tel Aviv in case the Israeli regime makes any mistake.Follow the Official Rokna NEWS Telegram Channel For More and fresh NEWS.