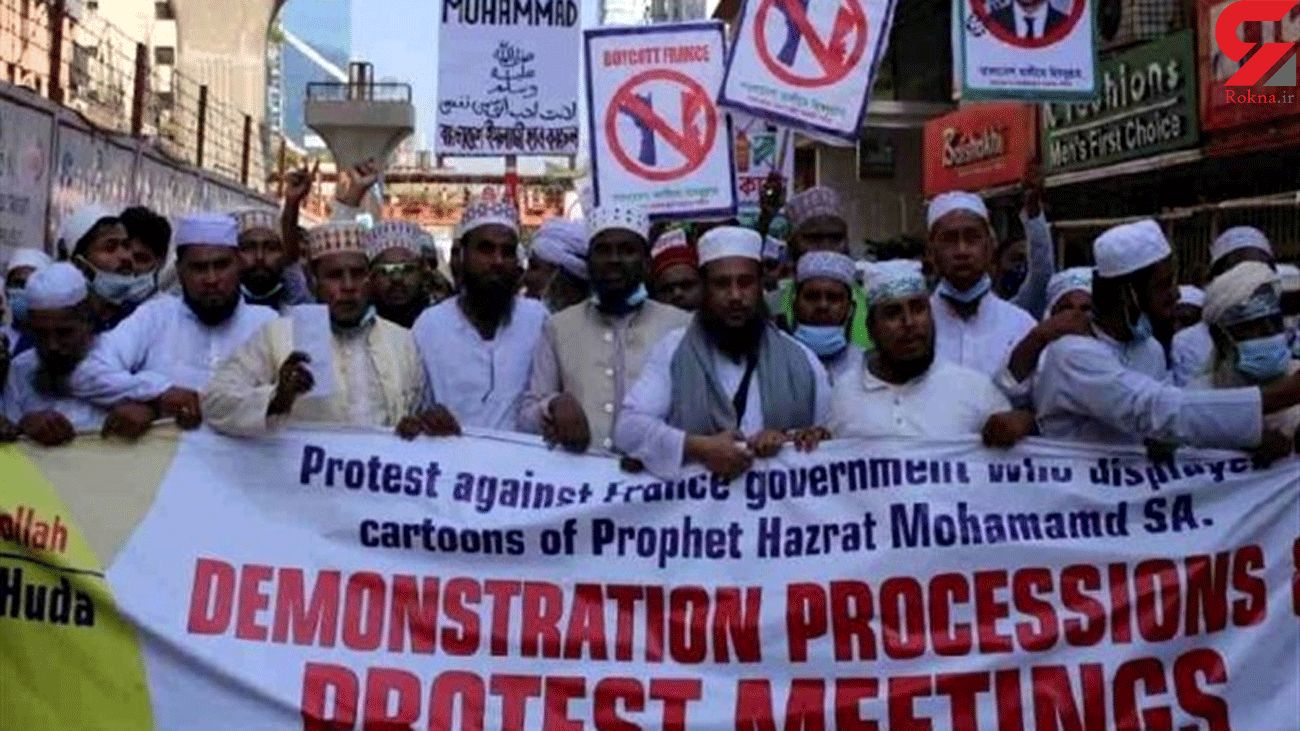 On Friday, hundreds of members of different Islamic organizations took out protest rallies and staged demonstrations in the city's Paltan area, after offering Friday prayers, to express their outrage against the French leader's Islamophobic comments.

In October, Macron pledged to fight “Islamist separatism”, which he said, was threatening to take control in some Muslim communities around France. He had also reportedly described Islam as a religion “in crisis” worldwide and said that his government would present a bill in December to strengthen a 1905 law that officially separated church and state in France.

His comments, in addition to his backing of satirical outlets publishing caricatures of the Prophet Muhammad (PBUH), led to social media campaigns calling for the boycott of French products in Muslim countries and hashtags such as #BoycottFrenchProducts trended across several Arab countries.