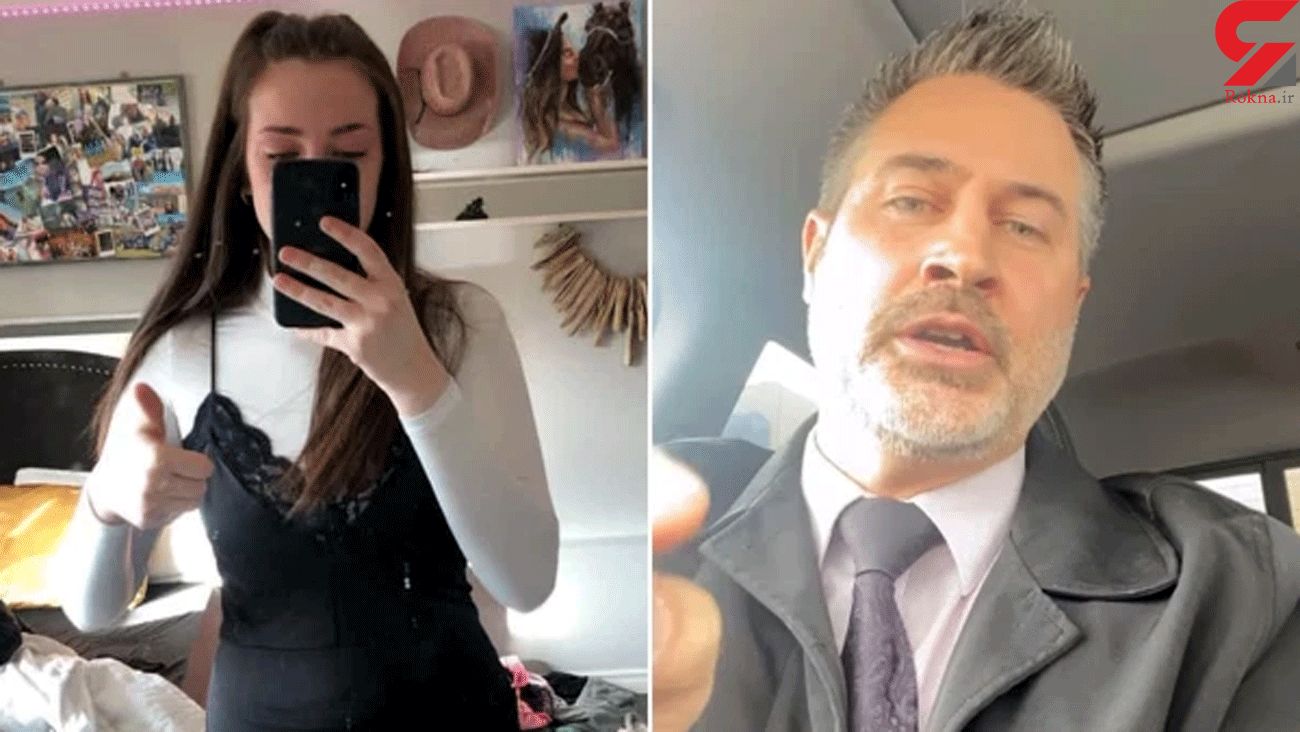 A furious dad has blasted his teenage daughter's school after she was sent home for wearing an outfit that staff deemed to be inappropriate.

Christopher Wilson said his daughter Karis, 17, came home in tears after being told that her clothing could make a male student teacher feel "awkward", and it reminded a female teacher of a "lingerie outfit".

Karis, a high school student in Grade 12, was wearing a knee-length black dress with lace trim over a white turtleneck with long sleeves. The school claimed it violated its dress code.

Mr Wilson, from the Canadian city of Kamloops, British Columbia, said the incident was "absurd" and there was nothing wrong with the outfit - describing it as "very modest" - as he accused staff of overreacting.

After complaining to the principal, he said, he was told the teacher was "a little bit old school".

Mr Wilson said a teacher pulled Karis out of her class and escorted her to the principal's office on Tuesday.

He claims the principal later told him that she agreed the outfit was not inappropriate.

Karis' classmates staged a walkout the following day to show their support for her.

Mr Wilson told CBC News: "[Karis] was told that it could possibly make the male student teacher feel awkward and it could make [her female classroom teacher] feel awkward since it reminded her of a lingerie outfit.

"It's actually a very modest outfit when you actually look at it... I think the initial comments were based on the fact that it had lace."

Mr Wilson said his daughter came home in tears and was left upset and confused.

He added: "There was a female who was singled out because what she's wearing could make someone in a position of power over her feel uncomfortable. And the more you think of it, the more you say it, the more you understand that this is absurd."

He initially complained about the incident in a live Facebook video that went viral, with more than 75,000 views.

She gave him permission to share a photo of her in the outfit that got her sent home.

The dad wrote: "Today, my daughter was sent home for wearing clothing that made her female teacher and her male student teacher “feel uncomfortable”.

"Centered out in front of her class and told she needs to leave class and brought her to the VP’s before she went home in tears.

"After asking her how she would like me to handle it she said she wanted to make sure this kind of thing doesn’t happen to the students that come after her.

"Please stand with Karis and I and make sure that those involved are held accountable and that this never happens again."

Mr Wilson said in the video: “My beautiful, Grade 12, 17-year-old daughter went to school today feeling excited, feeling good about herself, ready to learn and she sat down in class and after a short period of time, was centred out by the teacher, and was told the outfit she was wearing made, or could make, her or the teacher’s assistant, who is a male, feel uncomfortable.

He added:"I'm frustrated, I'm hurt. I'm disappointed in the system.

"She was sent home wearing this beautiful dress and a turtleneck, because we know inappropriate turtlenecks can be.

"That's why they sell so many of these things."

He said the principal showed him the dress code, which bans students from wearing clothing "that is distracting to teaching or learning".

The school district told CBC News it would not comment on the incident.Follow the Official Rokna NEWS Telegram Channel For More and fresh NEWS.