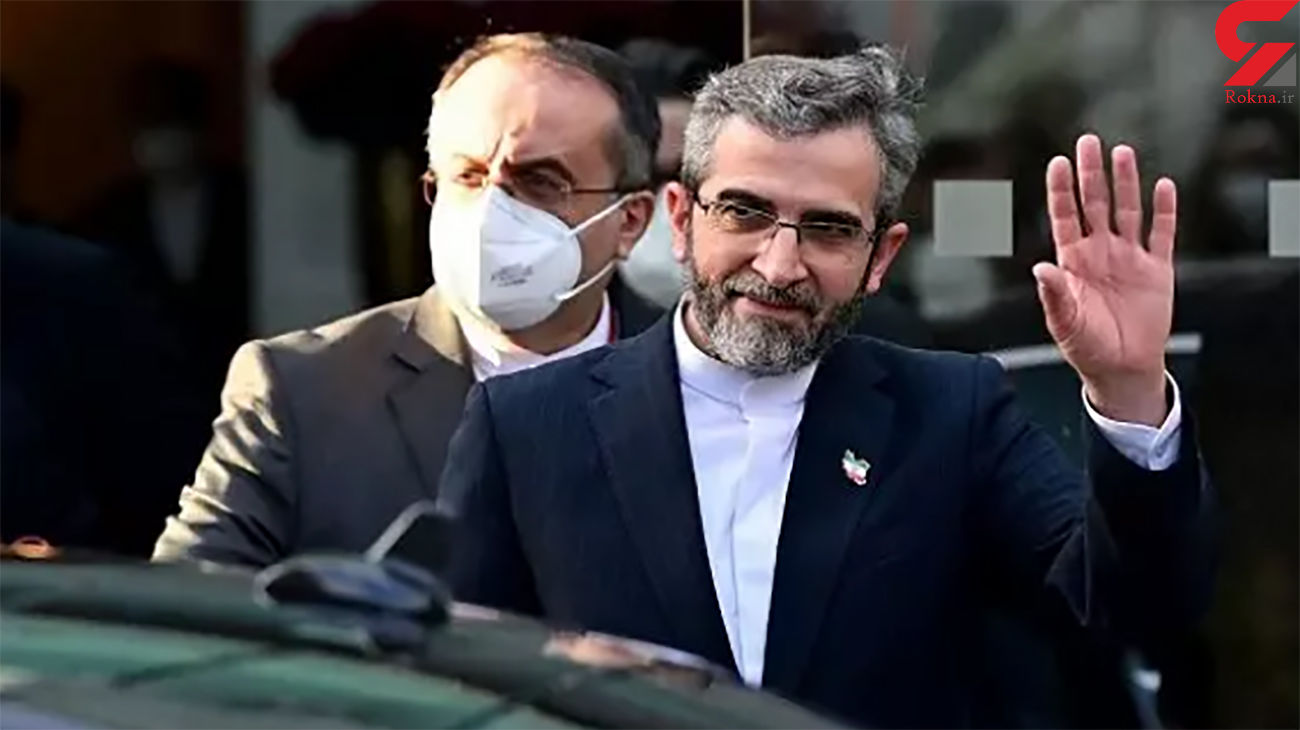 Ali Bagheri Kani made the remarks in an interview with Press TV on Sunday, saying that the removal of the illegal and cruel US sanctions and Iran’s nuclear activities are two main sticking points in the current talks over which there still remains a host of differences between the two sides.

The Iranian diplomat added that despite this situation, Iran’s delegation has informed the opposite side of its views on differential points through modifications and proposals that it has offered the opposite party.

“When it comes to these points of difference, we have so far received no proposal and initiative from the opposite side,” Bagheri Kani said.

Iran’s lead negotiator further stated that the removal of the illegal and cruel US sanctions and Iran’s nuclear measures are the most important bones of contention between the two sides during Vienna talks over which many differences still remain unresolved.

“...these differences are clearly visible in the final draft that was achieved following the sixth round of talks in Vienna… The differences, especially on the nuclear issue, are numerous and varied.”

Bagheri Kani noted that during the past few days, many sessions have been held both at the expert level and among chief negotiators to discuss modifications, viewpoints, and proposals offered by the Iranian side, which had been applied to the text of drafts drawn up during the sixth round of Vienna talks.

“These talks have been positive and moving forward,” Iran’s top negotiator concluded.

In an interview with Iran’s IRIB earlier on Sunday, Bagheri Kani said the general atmosphere in the ongoing Vienna talks is very serious, adding that he is optimistic that a final agreement would be reached.

He added that Iran and the five remaining signatories to the landmark 2015 nuclear agreement are holding talks on a host of issues during the new round of the Vienna negotiations, and have reached agreements on some of them, though a comprehensive agreement has not yet been reached on many issues.

"For example, when it comes to Iran's nuclear activities, an agreement has been forged between the two sides on some of [outstanding] issues, but there are other issues in this area...which still remain to be agreed upon and negotiations on those issues will continue," said Bagheri Kani.

The JCPOA was abandoned by former US President Donald Trump in May 2018. Trump then targeted Iran’s economy with what he called a “maximum pressure” campaign, which failed to compel Iran to negotiate a “new deal.”

Iran and the five remaining parties to the JCPOA -- Germany, Britain, France, Russia and China -- began the talks in the Austrian capital in April with the aim of removing the sanctions after the US, under President Joe Biden, voiced its willingness to return to the agreement.

During the first round of the Vienna talks under Iranian President Ebrahim Raeisi, Iran presented two draft texts which address, separately, the removal of US sanctions and Iran’s return to its nuclear commitments under the JCPOA. Tehran also said it was preparing a third draft text on the verification of the sanctions removal.