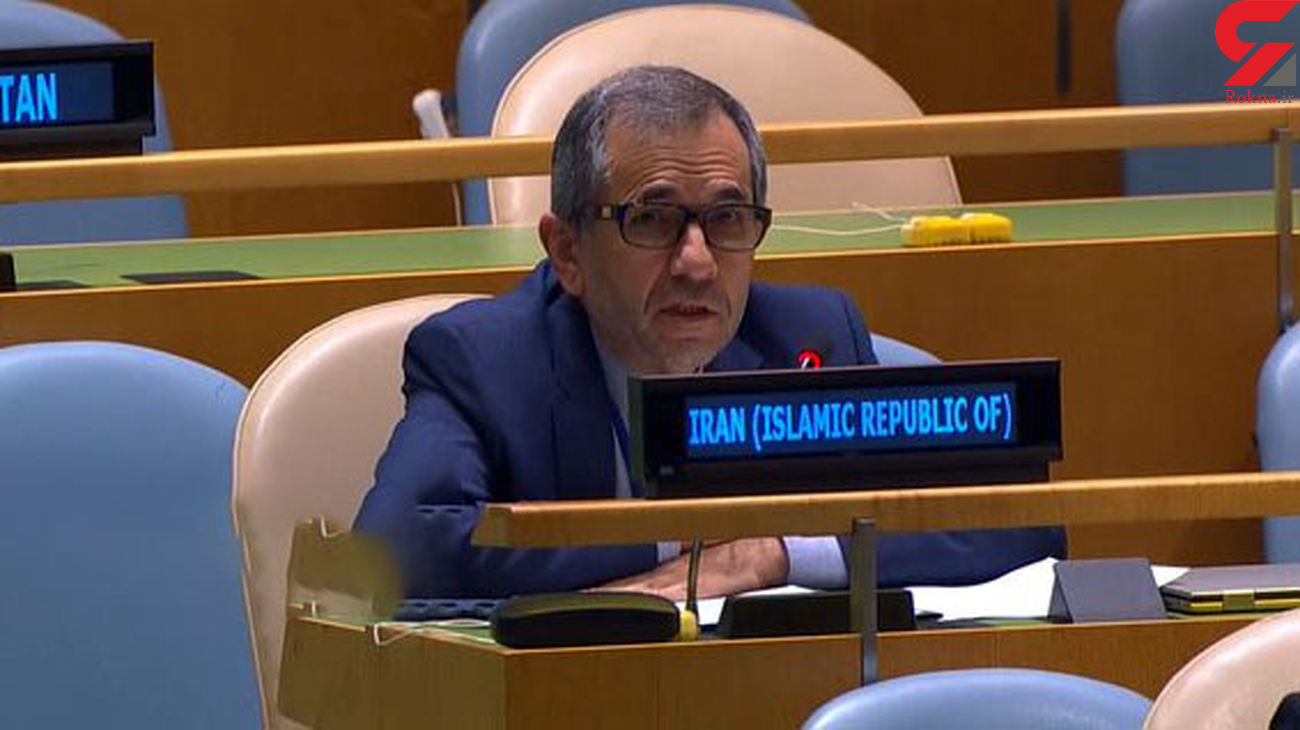 "It sounds alarming that the unjust, illegal, illegitimate self-serving and unilateral approaches adopted by a few are undermining and threatening multilateralism when it is needed most," Majid Takht-Ravanchi said on Friday at the General Debate of the Second Committee of the 76th Session of the General Assembly in New York.

The following is the full text of him at the UN session:

In the Name of God, the Compassionate, the Merciful

Allow me to extend my congratulations to you and the other members of the Bureau on your election.

My delegation would like to align itself with the statement delivered by the delegation of the Republic of Guinea on behalf of the Group of 77 and China.

COVID-19 remains to be a wake-up call for the whole world, reminding us once again that the development, welfare and prosperity of all human beings are interdependent.

This virus not only threatens the life and well-being of people across the globe, it also drastically increases and exacerbates poverty, hunger and the inequalities that exist between and among countries.

It sounds alarming that the unjust, illegal, illegitimate self-serving and unilateral approaches adopted by a few are undermining and threatening multilateralism when it is needed most. In fact, the main and current global challenges remain to be the two most destructive anti-growth and anti-development viruses, namely COVID-19 and UCMs.

The US’ illegitimate unilateral coercive measures, including the imposition of illegal unilateral sanctions on developing countries, on the one hand, and the international community’s inaction towards that, on the other, have turned the pivotal ideal of sustainable development, namely, no one should be left behind, into a purely decorative, absurd and meaningless claim.

Such measures are designed and executed to deny nations of their inherent human rights - in particular the right to development, depriving governments of means essential for achieving sustainable development. Currently, as this unprecedented global public health crisis continues to ravage communities throughout the world, UCMs are basically paralyzing national healthcare systems in total disregard to Goal 3 of the Agenda.

Despite all restraints, including the ones culminating from the U.S.’ unjustifiable and unilateral withdrawal from the JCPOA and the re-imposition of illegal sanctions, the Islamic Republic of Iran, while deprived of the projected benefits of the accord, is geared to scale up its efforts to build a more prosperous and sustainable future for its people. As a result of these unwavering efforts, Iran ranks 59th among 166 countries in the Sustainable Development Goals Index according to the “Sustainable Development Report 2020”, which confirms the extent of Iran’s achievements despite all constraints. For instance, in the field of education; ending illiteracy and providing universal free public education up to secondary school, has approached its full realization.

Pertaining to women and their participation in social as well as economic sectors, currently, 27% of faculty members, more than 50% of college students and almost 37% of medical doctors are women. At the decision-making level, there has been a 60% increase in women's appointments to these aforementioned careers.

In spite of unjust sanctions, we have also made astonishing progress in the area of biotechnology and stem cells. And today, we are proud to announce that Iran has become one of the manufacturers of COVID-19 vaccines.

As for the climate change mitigation and adaptation, the special circumstances of my country under the illegitimate unilateral sanctions have left no access to the means of implementation for climate action under the Convention. Despite these obstacles, the strategy of a low carbon economy is just one of the environmental mandates, as stated by our Supreme Leader, under which Iran has made significant strides in transforming into a low carbon economy.

In the field of natural disasters, Iran has been committed to playing an important role and has a notable share in helping vulnerable countries to be more resilient against such catastrophes. In this connection, Iran is hosting the UNESCAP Center for Development of Disaster Information Management (APDIM) and voluntarily funding its activities.

Here, let me refer to one of the most important challenges our Country and countries across the larger region face: sand and dust storms. Iran, with its arid land, faces the thickest barrier of sand in some parts for a large portion of the dry season. A comprehensive national plan has been put in place to deal with desertification and drought. Cooperation with other affected countries in the region has been pursued to synergize our efforts in dealing with the problem.

Iran has taken vital steps in the area of sustainable energy and unimpeded public access to it. Accordingly, to provide access to energy in a fair, cost-effective, adequate, reliable, sustainable and optimal manner in line with the UN “Sustainable Development Goal 7” (SDG7), Iran has, despite unilateral economic sanctions, spent enormous amounts of money to develop the critical infrastructure in an adaptable and resilient fashion. The average access index of over 99.80 percent of the people to electricity and over 95 percent of the people to natural gas attests to our success in achieving the highest energy access indices and our accomplishments in the area of sustainable development.

The Islamic Republic of Iran stands ready to support the “Dialogue on Energy” initiative of the UN General Assembly.