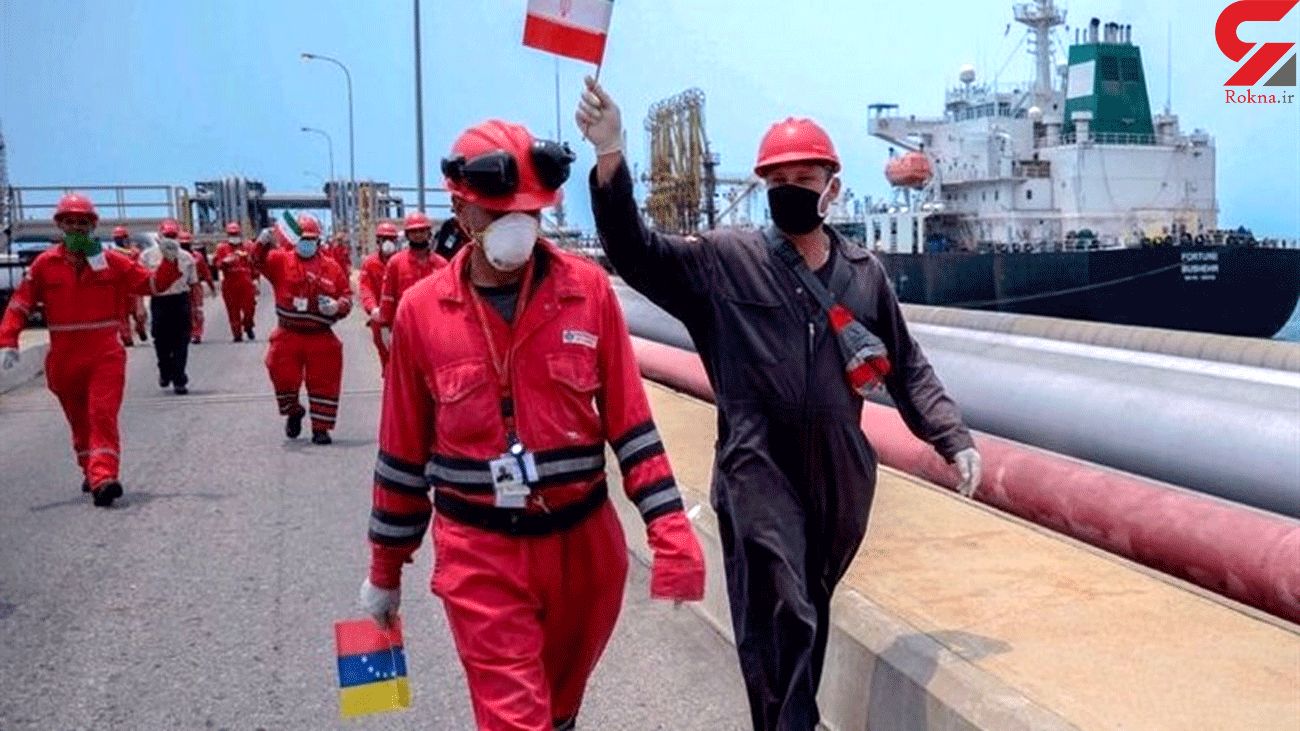 The National Iranian oil Company (NIOC) and the Venezuelan firm Petroleos de Venezuela have found a way to help each other, while facing the US inhumane sanctions, by swapping Iranian gasoline for Venezuelan jet fuel.

Venezuela is shipping jet fuel to Iran in the same tankers in which Iran delivers gasoline and spare parts for the refineries in Venezuela, Reuters reported on Wednesday, citing sources familiar with the matter and documents of Venezuela’s state oil firm PDVSA it had seen.

A full swap of Venezuela's jet fuel for the Iranian gasoline was agreed between NIOC and PDVSA last year, suggesting long-term shipments, the report said.

The news agency has a special interest in Iran’s oil and gas trade which is under the most draconian US sanctions, using often unnamed sources apparently linked to the American government to report on Iranian shipments in an evident bid to stop them.

However, Iran has never tried to hide its assistance to Venezuela which is suffering severe gasoline shortages as a result of the crippling US sanctions.

The Islamic Republic has sent flotillas of tankers carrying gasoline and feedstock for motor fuel to Venezuela, as well as equipment and spare parts to help the OPEC nation restart its refineries. In shipping crucial supplies, Iran has put out warnings to the US not to cause any problems for its tankers.

With many international tanker firms refusing to carry Venezuelan oil or imported fuel for the country in fear of US retribution, the Iranian tankers have stepped in to carry out the task in “perfect trips” during which vessels have traveled fully laden in both directions.

“Each cargo is priced and compensated later. If there are differences in value between swap shipments, they are paid through future cargoes," the report added.

According to the news agency, the Iran-flagged tanker Fortune loaded 250,000 barrels of Venezuelan jet fuel in early February at the eastern port of Puerto La Cruz after discharging about 300,000 barrels of Iranian gasoline.

Both the Fortune and another Iran-owned tanker, the Faxon, which have made several trips from Iran's Bandar Abbas port to Puerto La Cruz between May and February, were full again upon their departure from South America, it said.

Reports said this month Venezuela had begun receiving a shipment of catalysts from Iran to help its Paraguana Refining Complex produce fuel.

The airlift came after Iran sent more than a dozen flights to Venezuela last year to help restart Cardon refinery and alleviate acute gasoline shortages in the OPEC nation.

Cardon is the only one of Venezuela’s refineries producing gasoline, with its naphtha reformer and catalytic cracking units producing around 60,000 barrels per day (bpd). The nearby 645,000 bpd Amuay refinery is producing naphtha to serve as a feedstock for Cardon’s gasoline units.

The catalysts shipped from Iran are expected to help restart gasoline production at Amuay, whose catalytic cracker has been offline since late 2019, in anticipation of planned maintenance at Cardon.Follow the Official Rokna NEWS Telegram Channel For More and fresh NEWS.