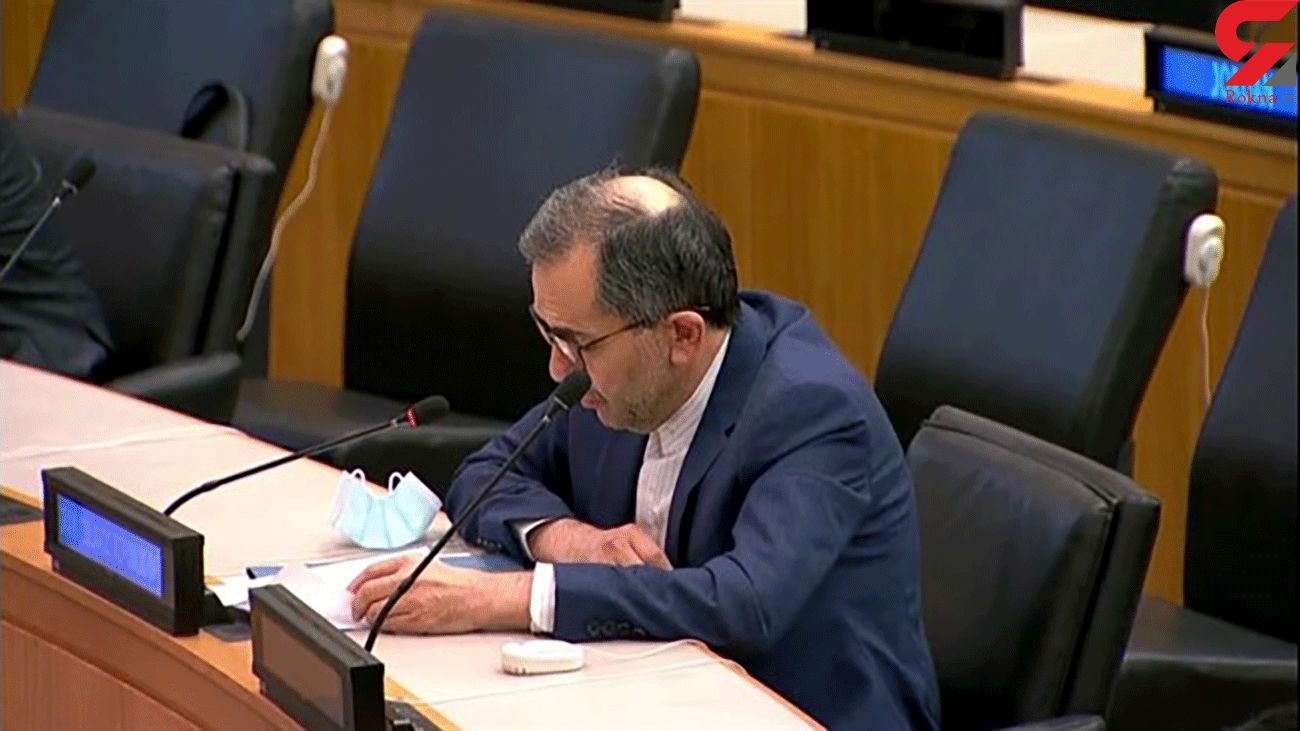 Majid Takht-Ravanchi made the remarks on Thursday in a statement addressing the Sixth Committee of the 75th Session of the United Nations General Assembly on "The Rule of law at the National and International levels" (Agenda item 86), IRNA reported.

He referred to the examples of US unilateralism as withdrawal from international treaties and international organizations; waging trade wars against countries; committing economic and medical terrorism in the form of imposing inhumane universal coercive measures to gain political objectives.

Takht-Ravanchi mentioned threatening the International Criminal Court and its prosecutor; weaponizing its currency to abuse the international financial system; penalizing nations across the entire world for abiding by the Security Council resolutions; confiscating the assets of national banks; and violating its commitments toward the UN with the imposition of inhumane restrictions on the representatives of some Member States accredited to the UN as other manifestations of US vicious approach towards international community.

Referring to corruption as a “grave danger” to the prosperity of all peoples and developments of societies, Takht-Ravanchi said, it can only be defeated by sustained political will through a holistic and universal approach in line with the United Nations Convention against Corruption.

He further said that Iran has made significant efforts both at the national and international levels to prevent and combat corruption by upholding the rule of law and in line with its commitment to the Convention.

Despite all these efforts, said Iran’s ambassador to the UN, the country still faces certain challenges in preventing and combating corruption. “Unilateral Coercive Measures have impaired the allocation of required resources in our fight against corruption.”

“The non-compliance of certain states in the effective cooperation of recovery of assets acquired illegally indicate the double standards as well as dubious and dishonest approaches in eradicating corruption which would only embolden corrupted criminals in continuing their malicious activities hence, undermining the rule of law at the national and international levels,” Takht-Ravanchi stressed.

He concluded by reiterating once again Iran’s “commitment and decisive will to fight corruption effectively and responsibly. We are determined to confine these destructive impacts by initiating and developing efficient strategies in curbing and combating this menace as asserted by the Convention.”