A search in Harris County, Texas, for the missing girlfriend of former NFL player Kevin Ware Jr. has led to the discovery of human remains, according to authorities.

The girlfriend, Taylor Pomaski, 29, of Spring, Texas, was last seen at a house party April 25, FOX 26 of Houston reported.

Authorities believe the remains are related to the Pomaski case but were awaiting positive identification by the county medical examiner, FOX 26 reported.

Ware, 41, was arrested in June on a bond violation after failing to appear for supervision earlier in the year, authorities have said. The June arrest by the U.S. Marshals Service involved a vehicle chase in which Ware allegedly drove over 115 miles per hour and was later found to be carrying weapons and drugs, FOX 26 reported. 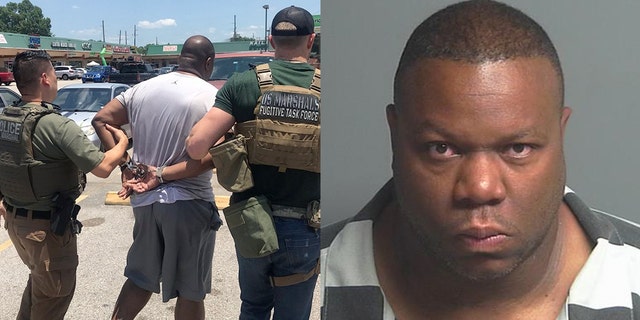 The former member of the Washington Football Team and the San Francisco 49ers remained in custody in the Montgomery County Jail, and was facing charges of possession with intent to deliver a controlled substance, a first-degree felony; and unlawful possession of a firearm by a felon, a third-degree felony, FOX 26 reported.

Back in July, Pomaski’s father told the station that his daughter and Ware had been dating for nearly a year.

Ware is considered a person of interest in Pomaski's disappearance but has not been charged in connection with the case, according to authorities.

Authorities asked that anyone with information about the case contact the Harris County Sheriff’s Office or CrimeStoppers.