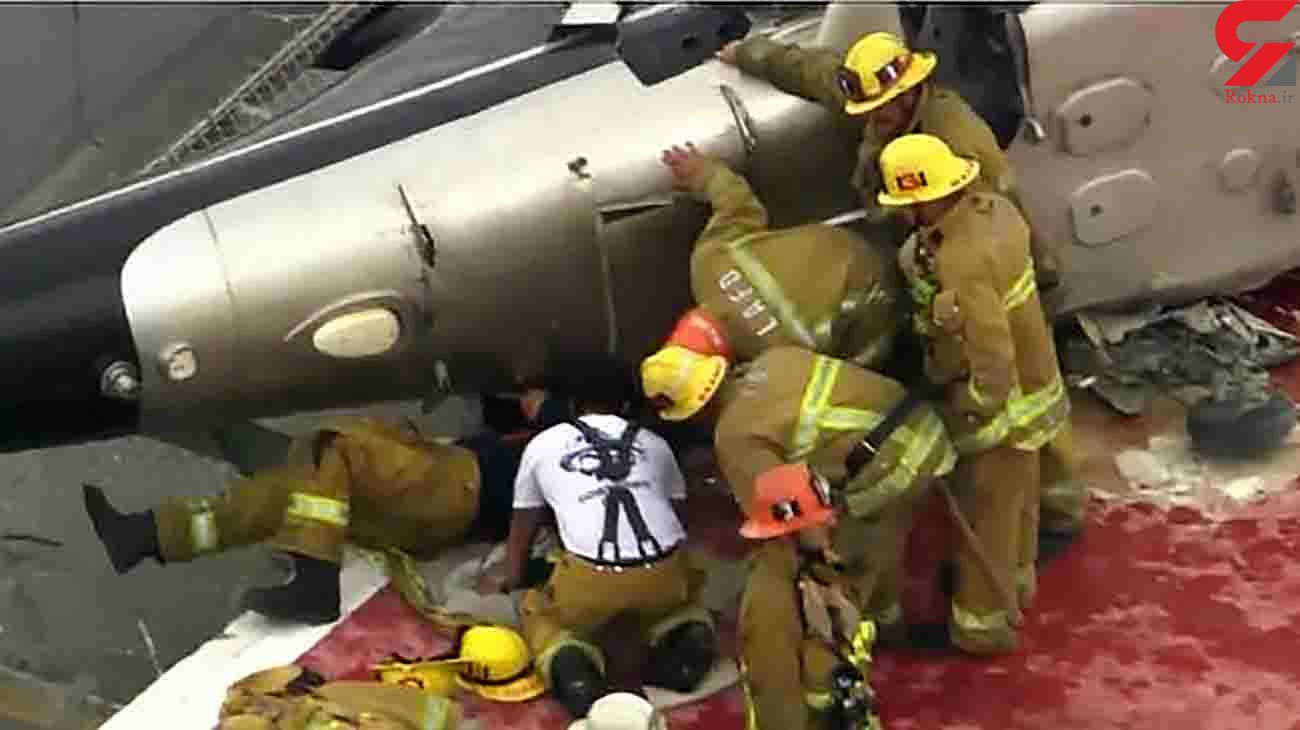 A helicopter ferrying a donor heart to a Los Angeles hospital crashed atop the facility.

Miraculously, none of the three people onboard were seriously injured and the donor heart was able to be saved - despite a member of staff dropping it.

The eight-seater private helicopter which had travelled from San Diego to deliver the precious quarry, crash-landed on the helipad of the Keck Hospital of the University of Southern California on Friday afternoon.

According to reports, the chopper had to be prised open with the jaws of life so emergency crews could rescue the donor heart inside.

But in Sky 5 footage, a medical worker can be seen tripping and dropping the heart on the ground as they walk away from the wreckage.

Thankfully, the heart was undamaged in the emergency and was given to hospital staff at the scene, LA Fire Department (LAFD) officials said.

Just hours after the crash, the heart was successfully transplanted into a patient, a spokeswoman for the hospital told media.

KTLA-TV reports the helicopter's blades were destroyed in the impact, which was felt by medics working in the depths of the multi-storey building.

A surgeon told the TV station he felt a "jolt" as the chopper smashed onto the rooftop.

Javier Chamorro, 59, was waiting outside to pick up his son from the hospital when the helicopter crashed, he told the Los Angeles Times reports.

The pilot was taken to hospital for treatment for minor injuries and two other people on board declined medical treatment, Fox News reported.

LAFD said on Friday afternoon: “The aircraft is stable on its side, on the helipad. There does not appear to be a significant fuel leak.”

He said: “The building shook. I thought it was an earthquake.”

In footage of the aftermath, the pilot can be seen being stretchered away from the chopper's wreckage.

National Transportation Safety Board officials are reportedly investigating the cause of the crash.

Hospital staff were relieved the heart could be saved and transplanting into its recipient, despite the drama.