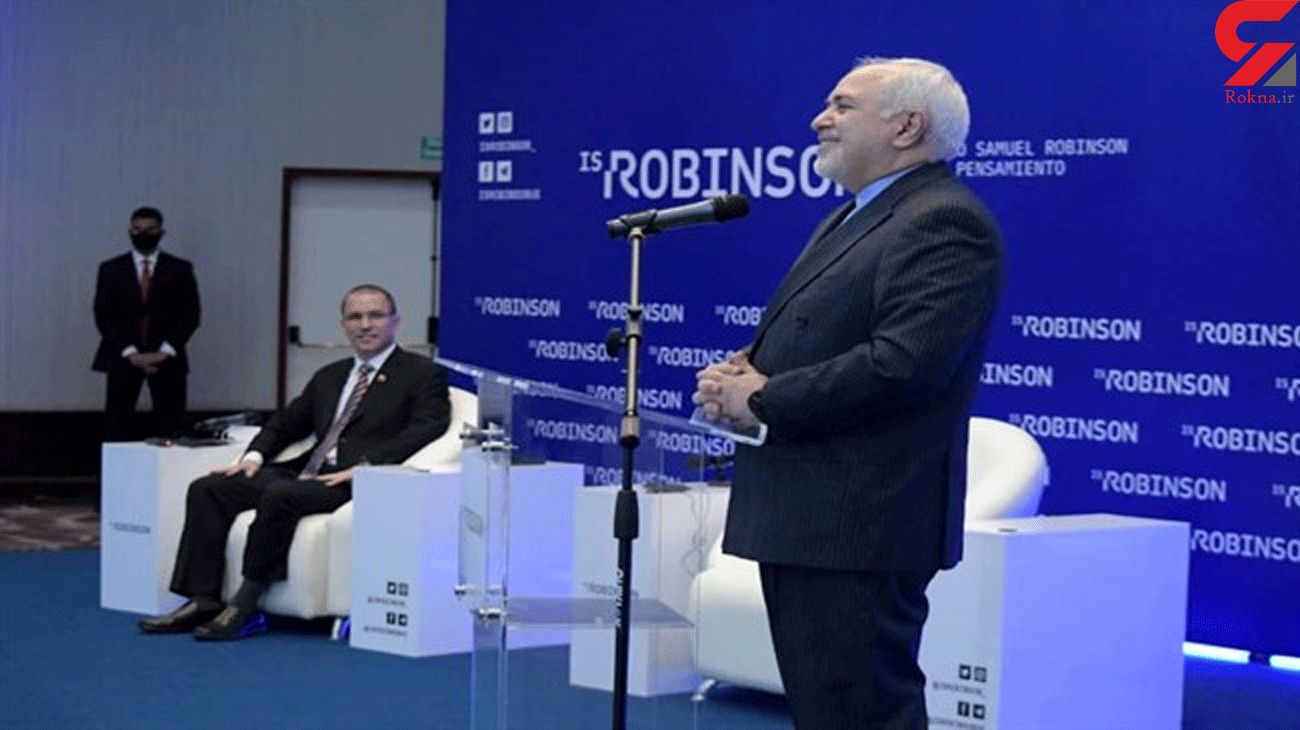 “Today, the United States and its allies can’t control what’s happening in the world. They’ve lost control,” Zarif told a forum in Caracas, alongside his Venezuelan counterpart, Jorge Arreaza. The forum entitled "Venezuela and Iran in Defense of the Emerging Modern World", was held at Samuel Robinson Institute.

Zarif is on three-leg tour of Latin America that is to take him to Cuba and Bolivia next.

He said the era of “Western hegemony had ended” as he praised Venezuelan President Nicolas Maduro for resisting a US-coordinated campaign to oust him.

He further reminded how the US has been on a campaign of incessant warmongering to prevent this inevitable change in the course of history.

Zarif said Western states have lost their monopoly and power has been decentralized due to emergence of “sources of power that are independent and inspire others, such as Iran and Venezuela.”

The remarks came after the US failed to prevent Iran from sending two massive sets of shipments featuring gasoline supplies and refinery equipment to Venezuela earlier this year. The exports came in blunt defiance of the US’ economic war on both the countries that has seen Washington targeting them with across-the-board sanctions.

Once it sensed the unpreventable change in the global order, the Iranian top diplomat said, the US began waging back-to-back wars across the world, the top Iranian diplomat said.

During the last decades, the US "has waged one war per year" in the world, that is against Iraq, Somalia, Libya, Syria, among other countries, because it has realized that in the unfolding of history, "the industrial Western world is losing its central role," Zarif said.

"The US wages a war every year to prevent precisely this change in the movement of history," he added.

The American officials, who were alarmed by the receding Western sphere of control, set off this campaign of spreading violence across the world so they would be able to “institutionalize the domination of the West” by “instrumentalizing military supremacy,” the Iranian official concluded.

Arreaza described Venezuela’s relationship with Iran as at a “climax” and said the Maduro administration could in future acquire Iranian weapons if it was considered necessary.

Zarif arrived in Venezuela on Wednesday for high-level talks. The minister said he held separate talks with Maduro and Vice-President Delcy Rodriguez and other ministers “on expansion of bilateral ties”.

The Venezuelan president later tweeted that it was a “pleasure” for him to receive Zarif in Caracas.

He said Zarif’s visit “ratifies the unshakable spirit of the strategic relations of cooperation and solidarity between Iran and Venezuela.”

The Venezuelan foreign minister also said in a tweet that "the people of Venezuela today feel more than gratitude, love for the people and government of Iran, for solidarity, for courage, when it comes to helping us in times of difficulty."

The Iranian minister arrived in the Cuban capital of Havana in the second leg of a Latin American tour.

In his trip to Cuba, Zarif is scheduled to meet his counterpart as well as other high-ranking Cuban officials to discuss expansion of mutual cooperation and other issues of mutual interest.

Press TV and Reuters contributed to this story.