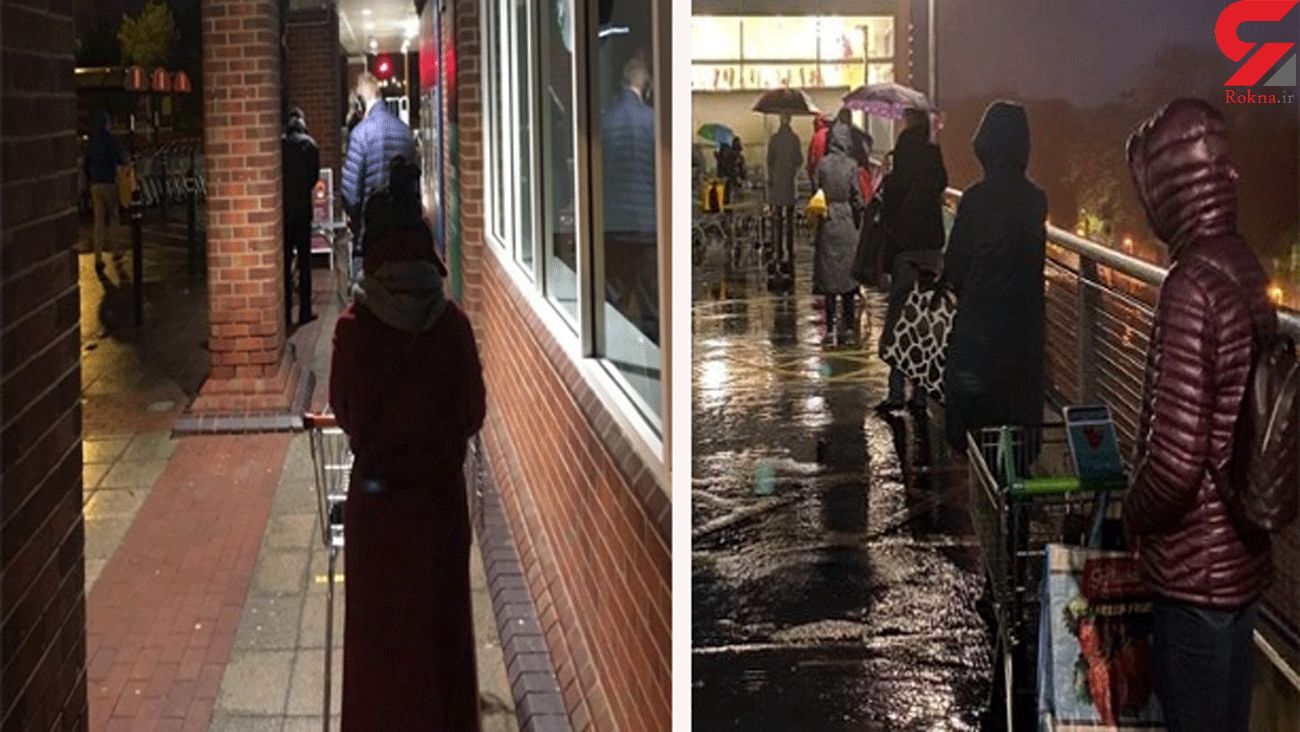 Brits have been pictured panic-buying since 6am amid fears of food shortages in the wake of fresh travel bans and port closures on the busiest week of the year for retailers.

Shoppers were seen queuing outside supermarkets at 5.50am on Monday, after France introduced a 48-hour ban on imports, triggering concerns it could hit consumers over the Christmas spell.

Half of all goods traded between the UK and EU, as well as 90% of truck traffic cross the Dover to Calais route - that's equivalent to 10,000 lorries a day.

A further backlog has been exacerbated by supermarkets stockpiling ahead of the Christmas break and Britain's EU exit next week which could trigger further delays and additional costs through tariffs.

In Bristol, queues gathered at dawn at one Waitrose store in Henleaze this morning.

Shelves at a Sainsbury's store were also bare on the first day of the busiest week of the year for supermarkets.

"In the supermarket queue at 5.50 to get my hands on blockade/Brexit bog roll", one shopper posted on Twitter alongside a picture of a line of people already queueing.

Meanwhile, hundreds gathered outside cash and carry chain Costco in Manchester as the countdown to December 25 gets under way.

The British Retail Consortium previously urged shoppers not to "clear out" the shelves over no-deal fears.

The industry body said retailers are "increasing the stock of tins, toilet rolls and other longer life products so there will be sufficient supply of essential products" should there be a no-deal.

However, today it said the French travel ban will lead to shortages.

The BRC said the closure of France to UK traffic would create "difficulties" for UK imports and exports in the busy Christmas period.

Andrew Opie, the BRC's director of food and sustainability, said any "prolonged" disruption would be a problem in the run-up to the end of the Brexit transition period on December 31.

"While goods can enter from France, few haulage firms will be willing to send trucks and drivers across to the UK without a guarantee they can return to the EU in a timely manner," he said.

"This is a key supply route for fresh produce at this time of year.

"We urge the UK Government and the EU to find a pragmatic solution to this as soon as possible, to prevent disruption for consumers."

Food and Drink Federation chief executive Ian Wright added: "The suspension of accompanied freight traffic from the UK to France has the potential to cause serious disruption to UK Christmas fresh food supplies and exports of UK food and drink.

"Continental truckers will not want to travel here if they have a real fear of getting marooned. The Government must very urgently persuade the French government to exempt accompanied freight from its ban."

Sainsbury's, meanwhile, said some products could be missing from shelves due to restrictions at ports, but said food for a traditional Christmas lunch is available and already in the country.

A spokesperson said: "All products for the Great British Christmas lunch are already in the country and we have plenty of these.

"We are also sourcing everything we can from the UK and looking into alternative transport for product sourced from Europe.

"If nothing changes, we will start to see gaps over the coming days on lettuce, some salad leaves, cauliflowers, broccoli and citrus fruit - all of which are imported from the Continent at this time of year.

"We hope the UK and French governments can come to a mutually agreeable solution that prioritises the immediate passage of produce and any other food at the ports."

The warnings came as Health Secretary Matt Hancock admitted the new strain is "out of control", adding the new Tier 4 restrictions could be in place for months.

But logistics companies urged people not to panic buy, saying that fresh produce will still be available.

Logistics UK general manager Alex Veitch added: "Shoppers should not panic buy – retailers will be making every effort to ensure there is stock within the system, including fresh produce, and it is important that we remember that inbound traffic still has access to the UK.

"We are maintaining close contact with UK government to ensure that supplies of fresh produce are available throughout Christmas and the New Year.

"Our advice to members is to check with ports before travelling, and keep in close contact with drivers to ensure their welfare is maintained."