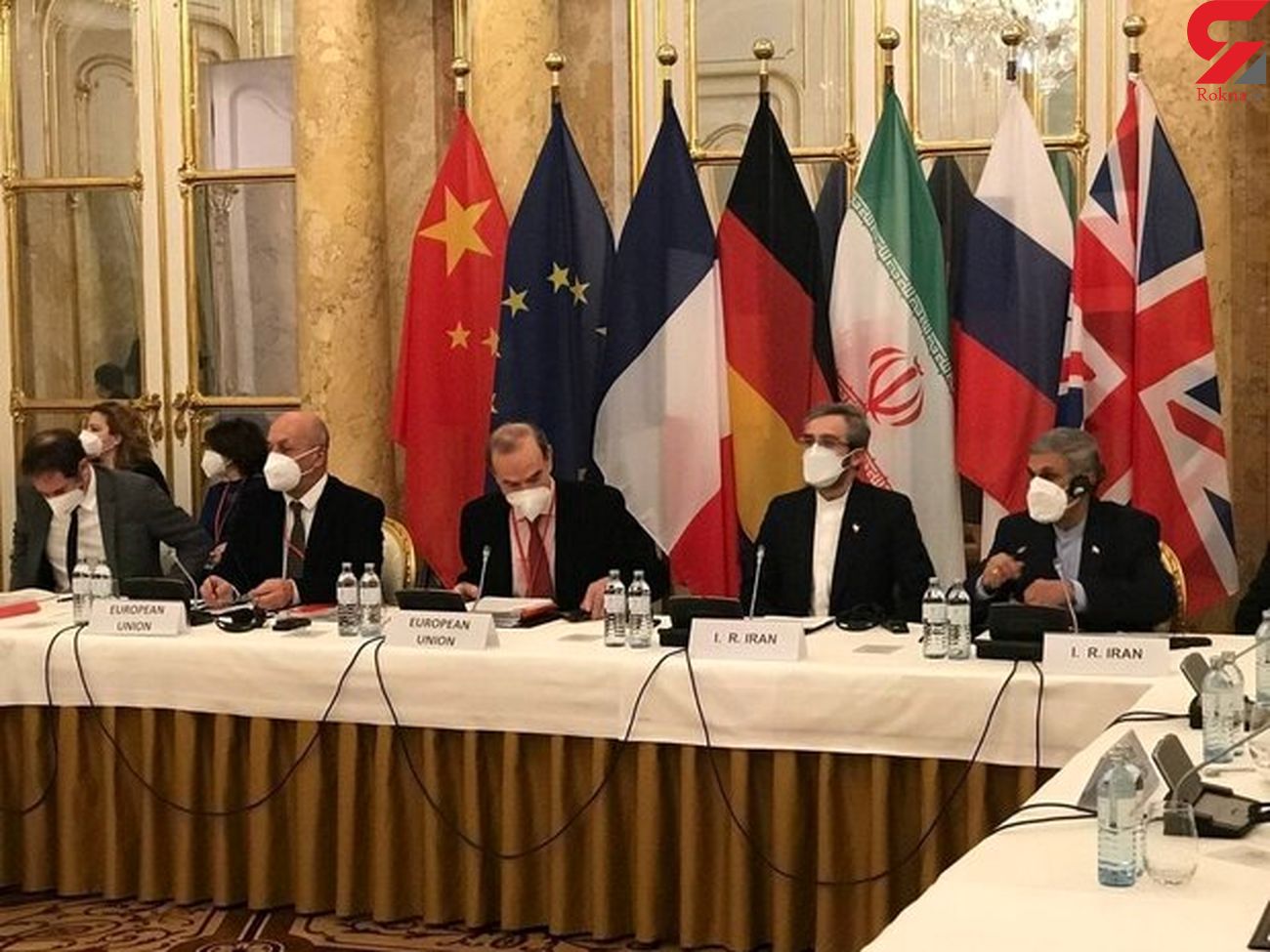 But the narrative the Europeans are presenting is entirely different from what is happening at the negotiating table. Over the last few days, the three European parties to the Vienna talks – Frace, Germany, and Britain (E3) - have sought to project a dim prospect for the path forward.

Since Friday, negotiators from Iran and the P4+1 group of countries – China, Russia, France, Britain, plus Germany – have been holding expert sessions to discuss the very proposals the Europeans called unrealistic and maximalist.

With the start of the seventh round of talks in Vienna on Friday, the parties to the negotiations held discussions about the texts of Iran’s proposed drafts on sanctions removal and nuclear issues during their sessions at different levels, and within different formats, the Iranian foreign ministry said.

In addition to expert sessions, talks and consultations continued at different levels on Saturday.

Mikhail Ulyanov, Russia’s envoy to the talks, said on Sunday that the talks are proceeding smoothly. “The Vienna Talks are underway. A number of meetings in various formats are planned for today. Numerous outstanding issues still remain on the agenda but now, after the break last week, they are addressed properly in accordance with norms and rules of multilateral diplomacy,” he said on Twitter on Sunday.

Earlier, he had expressed surprise at the gloomy Western media narratives of the talks.

“To my surprise some analysts and journalists describe the situation at the Vienna Talks as dramatic, ‘almost deadlock.’ This is not the case in point. After the break the negotiators returned to normal diplomatic business and maintain intensive dialogue. Atmosphere is positive,” the Russian diplomat said.

The bleak Western outlook has been decried by observers in Iran and beyond as a negotiating tactic aimed at getting more concessions from Iran, ones that go beyond the terms of the 2015 nuclear deal, officially known as the Joint Comprehensive Plan of Action (JCPOA).

The E3, together with the US, started using this tactic even before the seventh round began. According to an Al-Araby Al-Jadeed report, the Americans and the Europeans warned that they would withdraw from the talks if Iran insisted on a new agenda for the talks and backtracked on what was achieved during the past six rounds, which ended on June 20 amid presidential transition in Iran.

Despite European propaganda about Iran’s alleged intransigence at the talks, it came to light that the E3 crusty diplomats have pushed for non-JCPOA issues to be included in the negotiations, something that Iran strongly rejected.

On Sunday, a source in Iran’s negotiating team told Al Jazeera that the Vienna negotiations continue in earnest and address the Iranian proposals. “The European trio raises exaggerated points that slow down the negotiation process,” the source said, adding, “We strongly reject European pressure to include demands from outside the nuclear agreement.”

During the current round, Iran presented two draft proposals regarding the nuclear and sanctions removal measures that needed to be taken by Washington and Tehran if the JCPOA is to be revived. The Europeans rejected the proposals out of hand before a short break last week. But it seems that they have backed off and started discussing the proposals, though they are still insisting on their maximalist demands that fall beyond the scope of the JCPOA. The E3 position during the talks created fissures and disagreements even among the P4+1.

The E3 is far from being the only party negatively affecting the negotiation process. The US, too, did its part to muddy the waters. American officials have sought to coordinate their positions with those of Israel, a move that contradicts Washington’s stated desire to revive the JCPOA. Because the Israelis did, and continue to do, everything in their power to derail the talks.

Of course, there have been reports that fissures and disagreements started to come to the surface between the Americans and Israelis regarding the way the Biden administration approaches the Vienna talks. Some even dangled the possibility of the Biden administration secretly exchanging messages with Iran while keeping Israel in the dark. If true, this is nothing new. The US has a history of backchannel diplomacy with Iran.

The US rumored messaging aside, the success of the Vienna talks is predicated on a Western change of approach that would bring a new spirit to the room and be far from bullying and unconstructive demands.