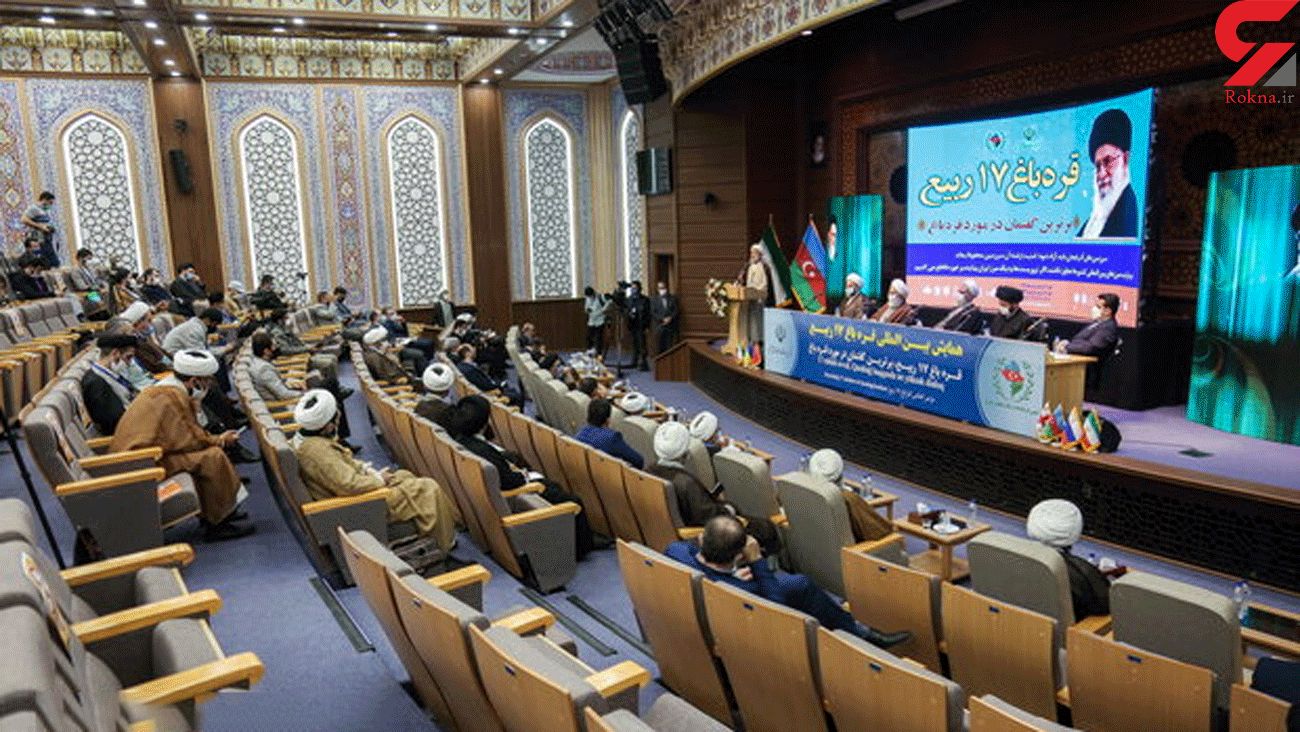 Yesterday, the international conference about the Nagorno-Karabakh conflict was held in the central city of Qom. Iranian and international experts from the Republic of Azerbaijan and the Caucasus region, Turkey, Ukraine, Russia, and Belarus participated in the event.

The conference was held after Leader of the Islamic Revolution Ayatollah Khamenei highlighted to some points regarding the Karabakh area, namely, the need to liberate Azerbaijan territories, preserve the security of Armenians, and respect international borders.

The following is the text of the statement issued by Seminary scholars at the end of the Karabakh conference:

According to international law, the Nagorno-Karabakh region, which belongs to the Republic of Azerbaijan, is part of Islamic territory and is inseparable from this country.

The participants of the conference emphasized that regional security and peace should not be realized through taking refuge in foreign forces, the Zionist enemy, and its allies.

International institutions are expected to use leverage to force the occupying party to accept the sovereignty of the Republic of Azerbaijan and end the occupation.

Some countries are pursuing their sinister and divisive goals by creating a wave of Iranophobia and Shiaphobia. They seek to sow discord between the two nations of Iran and the Republic of Azerbaijan and, as a result, to destabilize the region by creating pessimism towards the Iranian people and the government.

In other words, they seek to pave the way for the presence and influence of Takfiri forces, arrogant powers, and Zionism in these disputed areas in order to achieve their illegitimate goals in the light of war and division.

Accordingly, we call on the scholars, religious features, and elites of the Republic of Azerbaijan to thwart the conspiracies of the enemies with insight and awareness, and not to allow the deep historical, cultural, and religious relations between the two countries to be disrupted.

We also ask the government of the Republic of Azerbaijan to consider the necessary measures and take appropriate measures against the presence of takfiri groups and elements of the Zionist regime.Follow the Official Rokna NEWS Telegram Channel For More and fresh NEWS.