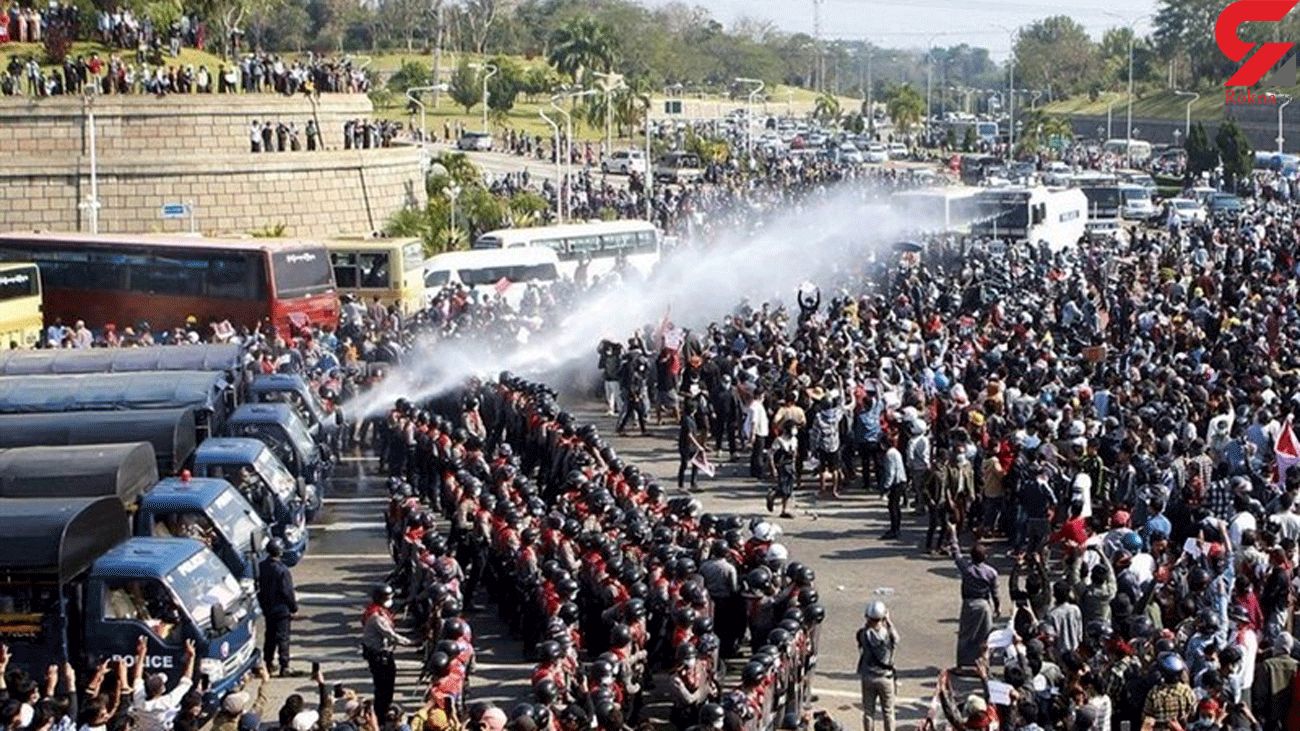 The crowd control device was briefly used on Monday at a demonstration that was clogging a road. It was fired in short bursts, knocking some people to the ground, according to footage from the scene.

The police soon stopped after pleas from the crowd, winning a round of cheers from the Protesters . However, they did not clear the road, according to AFP. This is the first reported instance of water cannon use in the week since the coup.

Overall, the situation remains peaceful , despite fears of troops being moved into Yangon, Myanmar ’s biggest city, in the last few days.

Myanmar’s military on February 1 deposed the nation’s civilian leadership and arrested its members, including the elected leader, State Counsellor Aung San Suu Kyi, after accusing her party of rigging November’s general election, which it won in a landslide.

The power grab was met with the largest protests since the Saffron Revolution of 2007, which gave impetus to a democratic transition after a long period of military rule.

In addition to marches, opponents of the military are organizing a civil disobedience campaign, calling for strikes. The effort is led by healthcare workers, doctors, and other government employees.

The coup was denounced by several countries and the United Nations , which called on the Myanmar generals to release all arrested officials and activists and restore the civilian government.MHNFollow the Official Rokna NEWS Telegram Channel For More and fresh NEWS.