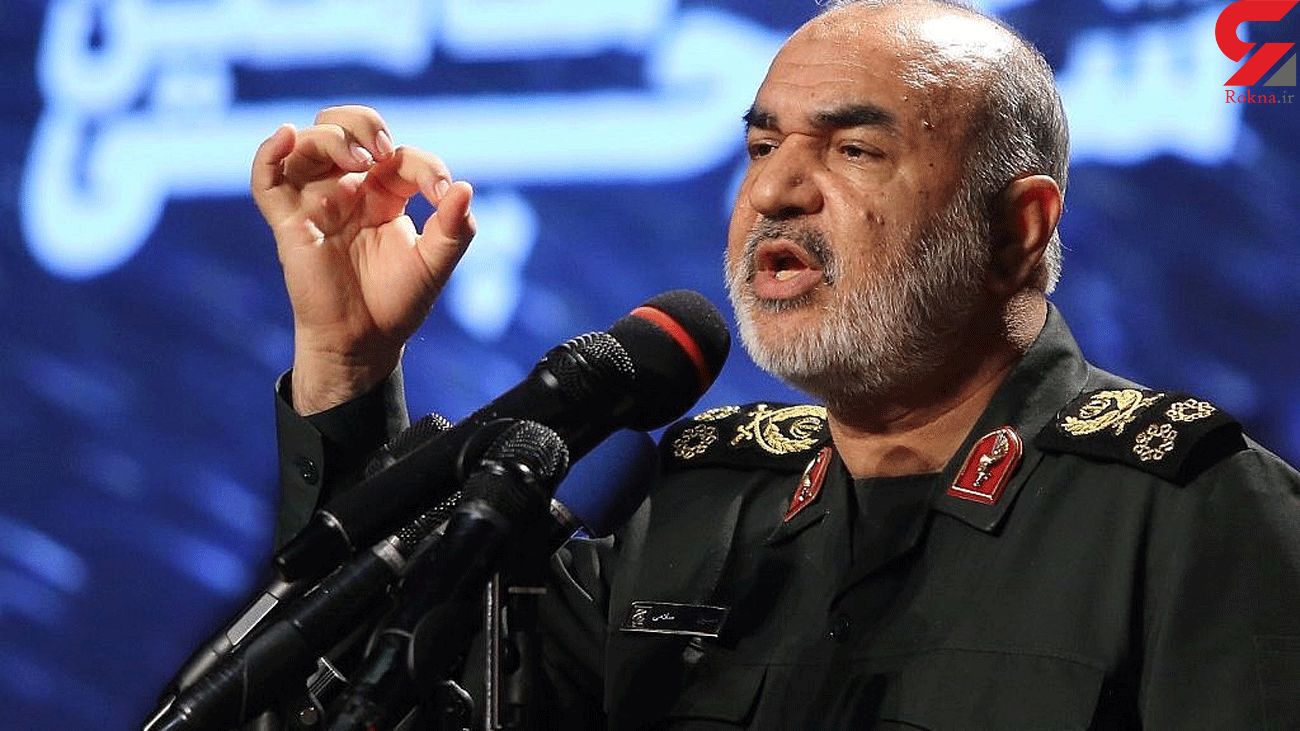 He made the remarks during his visit to Abu Musa island in south Iran, where he paid a visit to the military units, systems, and equipment stationed on the island and assessed their defense and combat readiness.

"We will compromise no threats or aggression from the enemies," he added.

"We have shown in action and announced in words that any action taken by the enemy against us will be responded with a reciprocal, decisive, and firm blow."

He underscored that "the island group of Abu Musa and the Greater and Lesser Tunbs are inseparable components of our national independence and our defensive front in the face of trans-regional enemies."

"One inch of the soil of these islands is as invaluable to all Iranians as their lives," he added.

Salami described the defense and combat preparations in these islands as reassuring, decisive, strong, and unbreakable.

The IRGC navy, especially in recent years, has achieved extraordinary capabilities and achievements, and what we are witnessing today is part of the IRGC's maritime power and authority, he said.

Elsewhere in his remarks, Salami addressed the first anniversary of Lt. Gen. Qassem Soleimani and said: "Haj Qasem brought victory to all Muslims, failed the enemies' conspiracy to change the political map of the Islamic world, and inflicted obvious defeats on the enemies of the Islamic Ummah, including the United States and the Zionist regime, especially in the fight against Takfiri terrorism and ISIL."Follow the Official Rokna NEWS Telegram Channel For More and fresh NEWS.