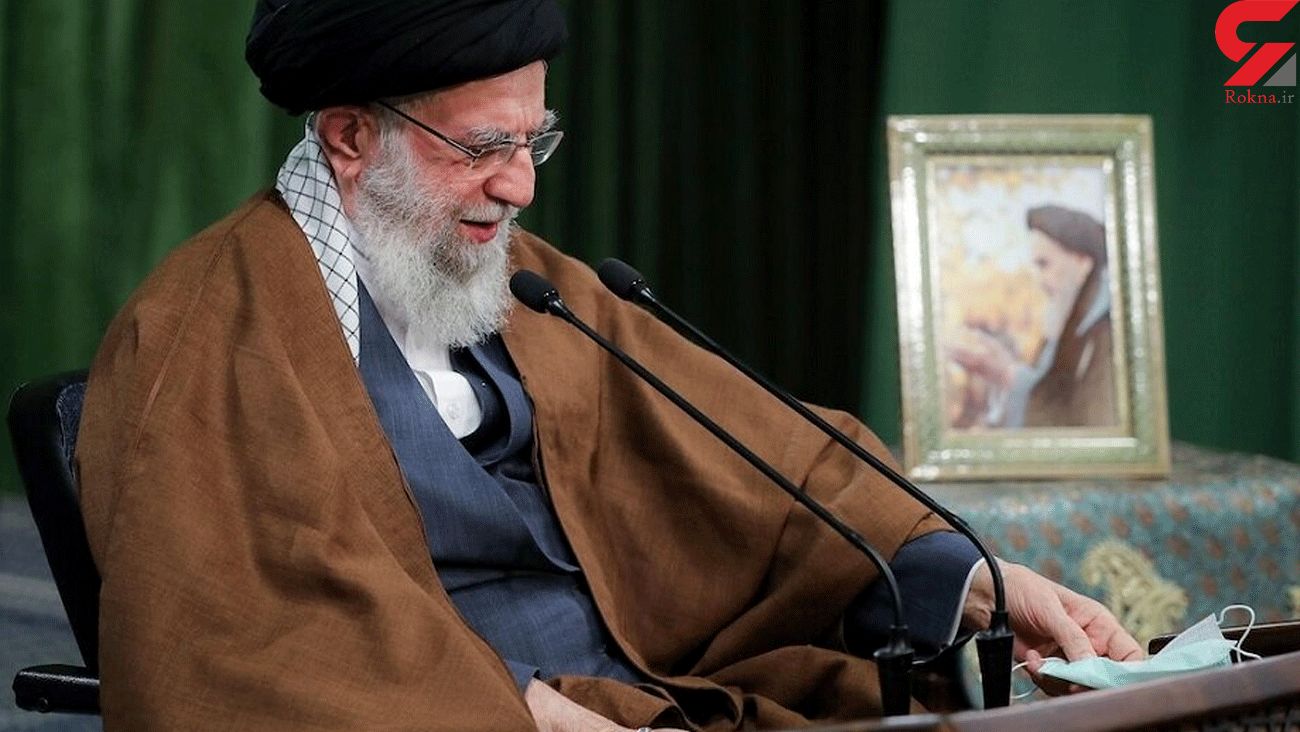 Azerbaijan’s Foreign Ministry has welcomed remarks by Leader of the Islamic Revolution of Iran Ayatollah Seyed Ali Khamenei, who voiced support for the liberation of Azerbaijan’s occupied territories.

“We highly appreciate the statement made by the Supreme Leader of the Islamic Republic of Iran Ayatollah Seyed Ali Khamenei on the Armenia-Azerbaijan conflict and the support given to the territorial integrity of Azerbaijan,” the Press Service Department of the Ministry of Foreign Affairs of the Republic of Azerbaijan said in a statement on Wednesday.

The statement added, “’All the territories of Azerbaijan occupied by Armenia must be liberated and all these territories must be returned to Azerbaijan’, - the Supreme Leader said, reiterating the strong support of the Islamic Republic of Iran to Azerbaijan's just position based on international law.”

In a televised speech on Tuesday, the Leader expressed support for Azerbaijan, saying all Azerbaijani territories occupied by Armenia should be freed.

He added, “Of course, the safety of all Armenians living in those lands should be ensured. International borders should be respected and the two sides should not transgress against the borders of other countries. The integrity of international borders should be protected and terrorists should not be allowed to deploy their forces near the borders. According to the reports that we have received, although some people deny them while there are reliable reports confirming this, a number of terrorists from here and there have become involved in this war.”

The Azerbaijani Foreign Ministry also welcomed Iran’s efforts to resolve the crisis in Nagorno-Karabakh, saying it highly values these efforts.

“We highly value the efforts of the friendly Iranian state to resolve the Armenia-Azerbaijan conflict, including the visit of the Special Envoy of the President of the Islamic Republic of Iran, Deputy Foreign Minister Seyed Abbas Araghchi to the region and the initiative on the settlement of the conflict as soon as possible,” said the statement. “We believe that the relations between our countries, built on historical roots, will continue to develop successfully and will serve to ensure peace, stability and prosperity in the region.”

Araghchi recently embarked on a tour of four countries involved in the Nagorno-Karabakh conflict to present an Iranian peace initiative. He set off his tour by visit neighboring Azerbaijan. In Baku, he met with several Azerbaijani officials including President Ilham Aliyev, Foreign Minister Jeyhun Bayramov, and Hikmet Hajiyev, an assistant to the Azerbaijani president. After holding talks with the Azerbaijani leadership, Araghchi left Baku for Moscow. He then visited Yerevan, where he met with Armenian Prime Minister Nikol Pashinyan. The deputy foreign minister of Iran also paid a visit to Ankara to present the Iranian peace initiative, which is intended to establish peace and stability in the disputed region of Nagorno-Karabakh.

“Introduced Iran's Regional Initiative to Help in Ending the Nagorno-Karabakh Conflict to H. E. Ilham Aliyev, President of Azerbaijan, in a positive and constructive long meeting,” the deputy foreign minister said in a tweet, following his talks in Baku.

The Iranian peace initiative is still under consideration in the four mentioned countries. Russia has said that it is carefully studying the initiative. Azerbaijan was the first country to welcome Iran’s diplomatic efforts to put an end to the deadly war in the volatile region of Nagorno-Karabakh which broke out on September 27.

Azerbaijan says it is fighting a war of liberation aimed at retaking territories that were “occupied” by Armenian local forces in the 1990s while the Armenian forces say they are defending their self-declared republic, which they call “Artsakh”.

“Iran is closely monitoring the alarming violence in Nagorno-Karabakh. We call for an immediate end to hostilities and urge dialogue to resolve differences. Our neighbors are our priority and we are ready to provide good offices to enable talks. Our region needs peace now,” tweeted Foreign Minister Mohammad Javad Zarif shortly after Armenia and Azerbaijan began the war.

But Armenia and Azerbaijan continued to fight against each other. As the war raged on, Iran carefully devised a plan to bring peace to the conflict zone. Before Araghchi embarked on his regional tour, Zarif spoke by phone with his Azerbaijani and Armenian counterparts on the same day the war began, urging them to peacefully resolve their differences and exercise restraint.

Iran had prepared a peace plan in early October, days after the war began.

“Iran has prepared a detailed plan, which will be pursued through making consultations with the two sides [of the conflict]. We hope that the two sides end the war, avoid targeting civilians, and know that Iran cannot tolerate clashes on its borders. We have carefully told our friends in both countries that they need to take the necessary care,” said Saeed Khatibzadeh, the spokesman for Iran’s Foreign Ministry in early October.

In late October, the Iranian peace initiative was ready to be presented to the warring neighbors. To this end, Araghchi began his trip to Azerbaijan, Russia, Armenia, and Turkey, the four countries that, along with Iran, can play a major role in establishing peace in Nagorno-Karabakh.

Despite Araghchi’s fruitful talks with the officials of these countries, Iran did not receive an immediate response from the four countries but the speech delivered by the Leader of the Islamic Revolution gave new momentum to the Iranian initiative. Azerbaijan welcomed the position of the Leader, hours after the speech was delivered.

Deputy Foreign Minister of Azerbaijan Khalaf Khalafov spoke by phone with the Iranian ambassador in Baku, Seyed Abbas Mousavi, to thank Iran for the Leader’s “important and just remarks,” according to a statement published by the Iranian embassy. During the phone conversation, Khalafov described the Iranian initiative as “important” that was presented with goodwill. The Azerbaijani official also expressed support for the initiative. One day later, the Azerbaijani Foreign Ministry issued a statement and once again welcomed the initiative.

The Azerbaijani support for Iran’s diplomatic efforts came immediately after Ayatollah Khamenei strongly supported the efforts to diplomatically resolve the crisis in Nagorno-Karabakh by liberating the occupied territories of Azerbaijan.