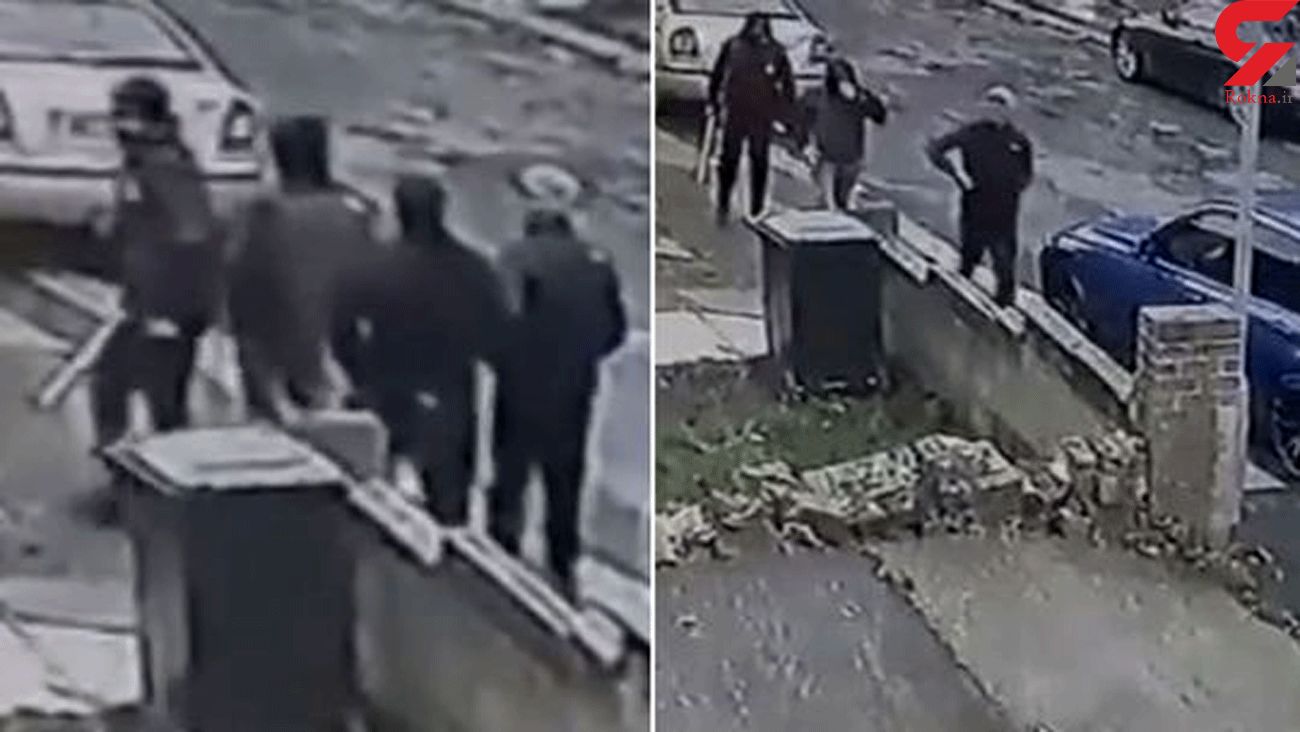 Four machete-wielding men can be seen bursting into a family's home as part of a series of "reckless" raid attempts caught on camera.R

esidents have been left shocked and terrified after the break-ins on Thursday evening in Huddersfield, Yorkshire.

At one house the gang of four burst in through the back door, wielding baseball bats and a machete while a woman and child were home, Examiner Live reported.

The woman ran screaming into the street outside and was soon followed by the four men, who quickly got into a silver car and fled the scene, witnesses said.

Around ten minutes earlier, the same car was captured on CCTV stopping on a nearby street, before the four men jump out and try to break into a house.

One resident, who did not want to be named, said the men appeared to abandon the break-in when they were spotted by a neighbour.

They got back into the silver car and started to drive off, only to stop again a few doors down on the same street.

In another clip they walk towards another house, as if contemplating raiding it instead, before getting back in the car and driving away.

The resident said: "It's very shocking to see something like this in broad daylight.

"Are they just randomly targeting houses or do they know some houses they want to go to?

"And it is confusing when they know they have been seen to stop and try another one.

"That is why it is scary, because if they are that reckless and armed with weapons then someone could easily get hurt."

Nobody was injured in any of the incidents, which West Yorkshire police are treating as linked.

DI Sarah Lambert of Kirklees CID, said: “Enquiries are ongoing into both of these incidents which we are linking and we would like to speak with anyone who witnessed either incident, who has relevant CCTV footage, or who saw a group of males leaving either street in a silver car.

“We fully recognise the alarm these incidents will have caused local residents and I can assure them a full investigation is ongoing.

“Reassurance patrols are also being stepped up in the area by Huddersfield Neighbourhood Policing Team.”