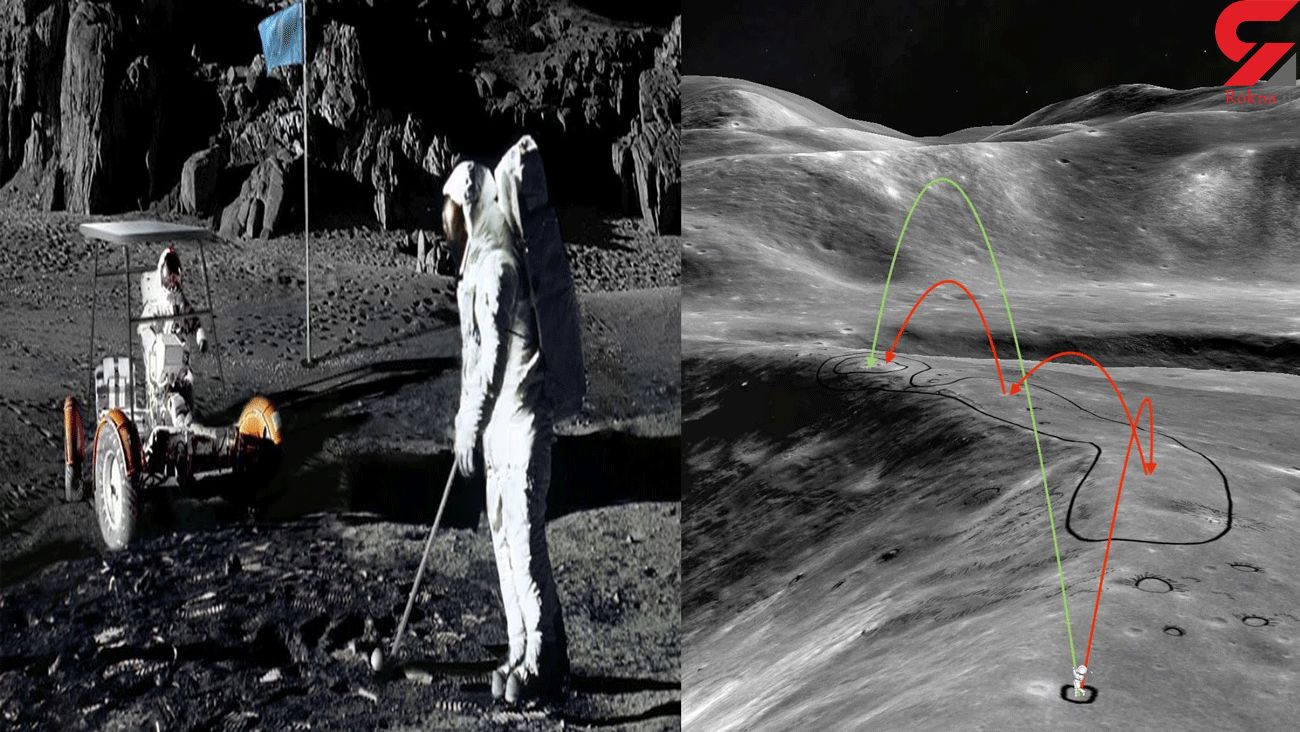 A golf ball which an astronaut had claimed was 'lost' on the moon after a massive golf swing has been found 50 years later.

Hitting two balls, he originally claimed one had gone into a crater and the other had travelled 'miles and miles'.

But newly restored images have revealed that he may not have been as successful as he first thought.

Image specialist Andy Saunders managed to enhance high-resolution scans of the footage from the original mission using a 'stacking technique' including smaller 16mm footage shot by the crew.This showed that the first ball had actually only travelled 24 yards from Shepard while the second flew just 40 yards.

Yet despite the new revelations, Saunders said it was still a significant achievement that Shepard was able to hit the ball while on the moon.