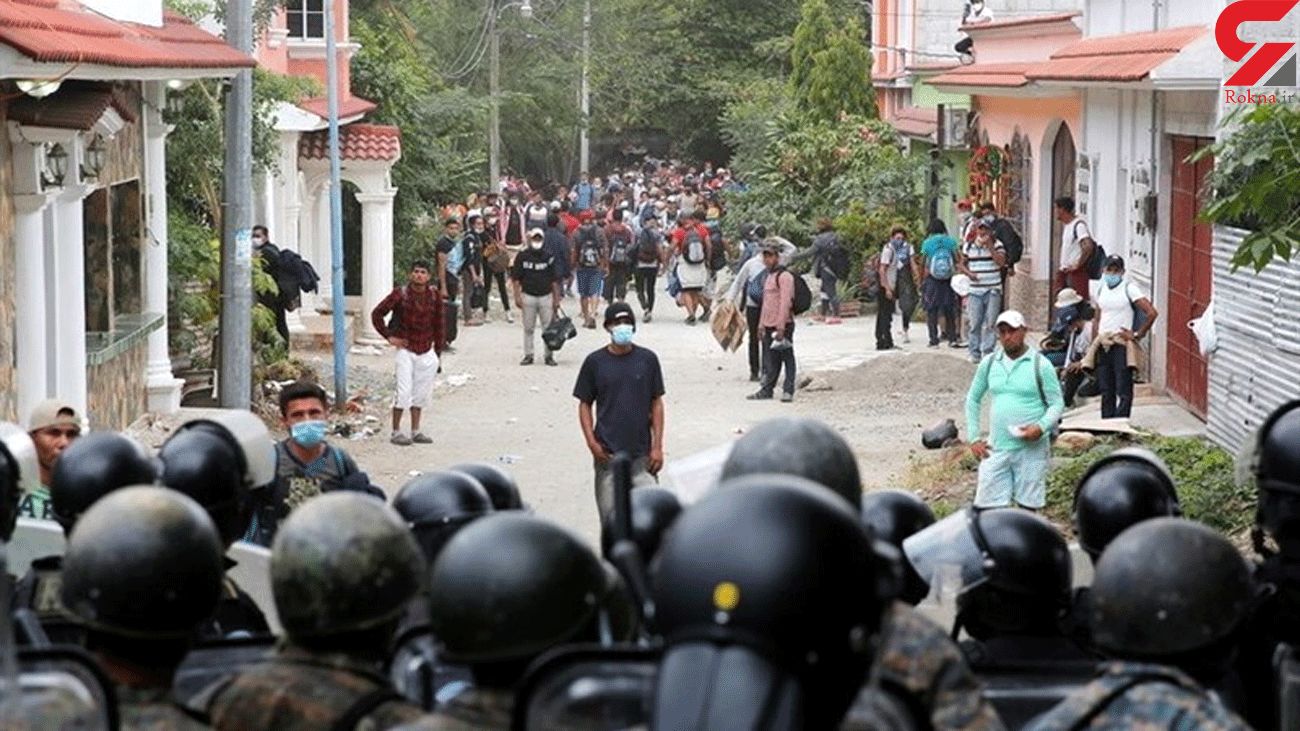 n videos aired on TV and shared on social media, lines of security forces could be seen marching with shields and batons towards migrants in the village of Vado Hondo, in the east of the country, around 55km from the borders of Honduras and El Salvador.

Around 2,000 migrants were camped on a street following their skirmishes with Guatemalan troops on Sunday, with the blockade reportedly causing 30km-long lines of vehicles.

Some migrants threw stones and other objects at the troops, with several injuries reported by local media.

Three groups of around 3,000 people each crossed into Guatemala on Friday and Saturday night, in an attempt to escape poverty exacerbated by the pandemic and damage caused by hurricanes. Most of those entering failed to present the required negative COVID-19 tests.

The Guatemalan authorities said 1,568 migrants had been returned to Honduras since Friday and another 100 to El Salvador.Follow the Official Rokna NEWS Telegram Channel For More and fresh NEWS.