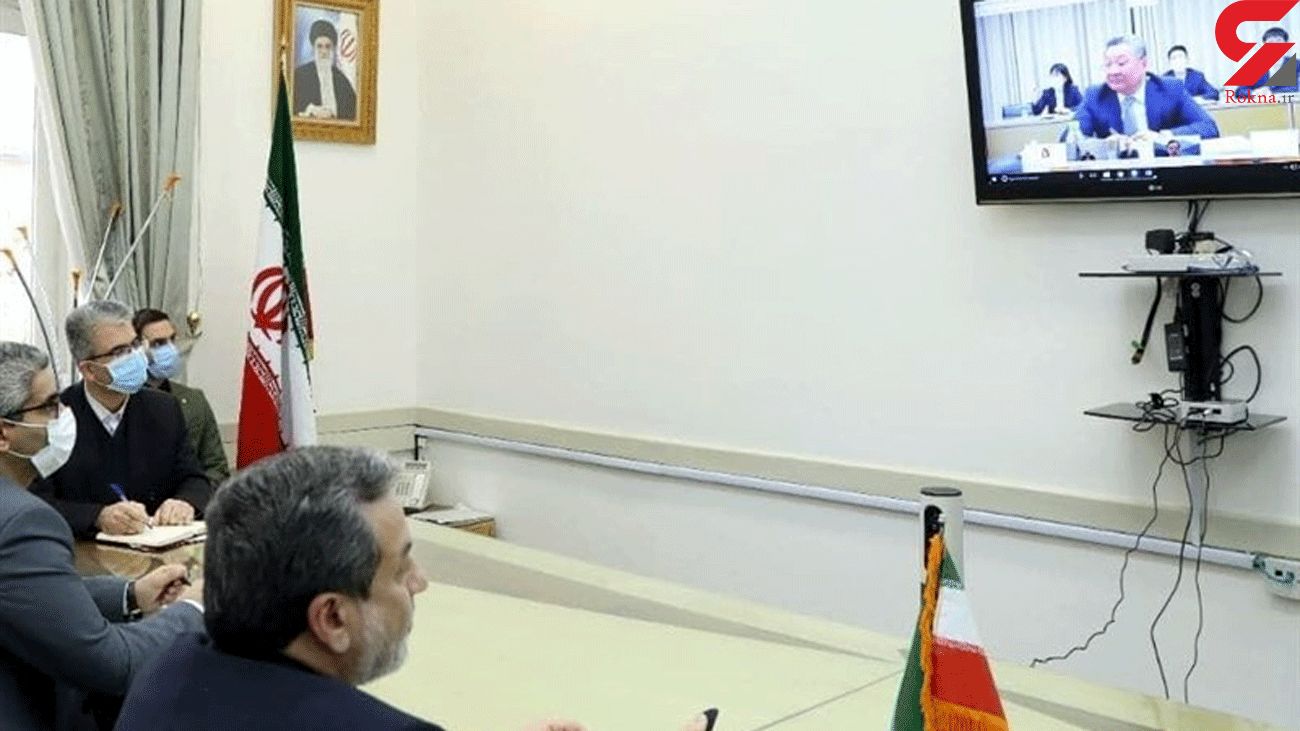 The 17th meeting of the JCPOA Joint Commission was held via videoconference on Wednesday at the level of deputy ministers and political directors from Iran and the group 4+1.

Participants in the webinar discussed the latest developments surrounding the JCPOA.

Addressing the videoconference, Araqchi pointed to a series of media comments from Europe over the past days, stressing that the three European governments, which proclaim to be committed to democracy and its principles, should not accordingly expect the Iranian government to disregard the principles of democracy and to refrain from implementing a law ratified by the Iranian Parliament.

“The administration of the Islamic Republic of Iran is committed and required to carry out the measures ratified by the Islamic Consultative Assembly (Parliament) after legal procedures,” Araqchi underlined.

The Iranian deputy foreign minister protested the recent stances adopted by London, Paris and Berlin, adding, “The three European governments condemned the legal punishment against a convict instead of condemning the brutal assassination of a prominent Iranian nuclear scientist.”

“The European parties always call on Iran alone to exercise self-restraint in the face of all illegal and hostile activities, be it the US sanctions, act of sabotage in Natanz, or the assassination of its nuclear scientists,” he said.

“Iran cannot afford to pay all costs of implementation of the JCPOA and the unlawful behavior of others, and the other parties must also pay a price for saving the JCPOA,” Araqchi stressed.

On the speculations about the US’ return to the JCPOA, Araqchi said, “We consider actions rather than words and speculation. Iran has always expressed its stances clearly, and is ready to resume honoring its JCPOA commitments, which have been suspended in accordance with the Articles 26 and 36 of the JCPOA, after the US’ return to its JCPOA commitments and restoration of the situation to what is was in January 2017.”

The JCPOA was signed in 2015 between Iran and the Group (5+1) and endorsed by the UN Security Council Resolution 2231.

However, US President Donald Trump unilaterally pulled Washington out of the nuclear deal in May 2018 and reinstated the anti-Iranian sanctions that had been lifted by the deal.

As the remaining European parties have failed to fulfill their commitments to the accord and compensate for Washington’s absence, Iran moved in May 2019 to scale back its JCPOA commitments.