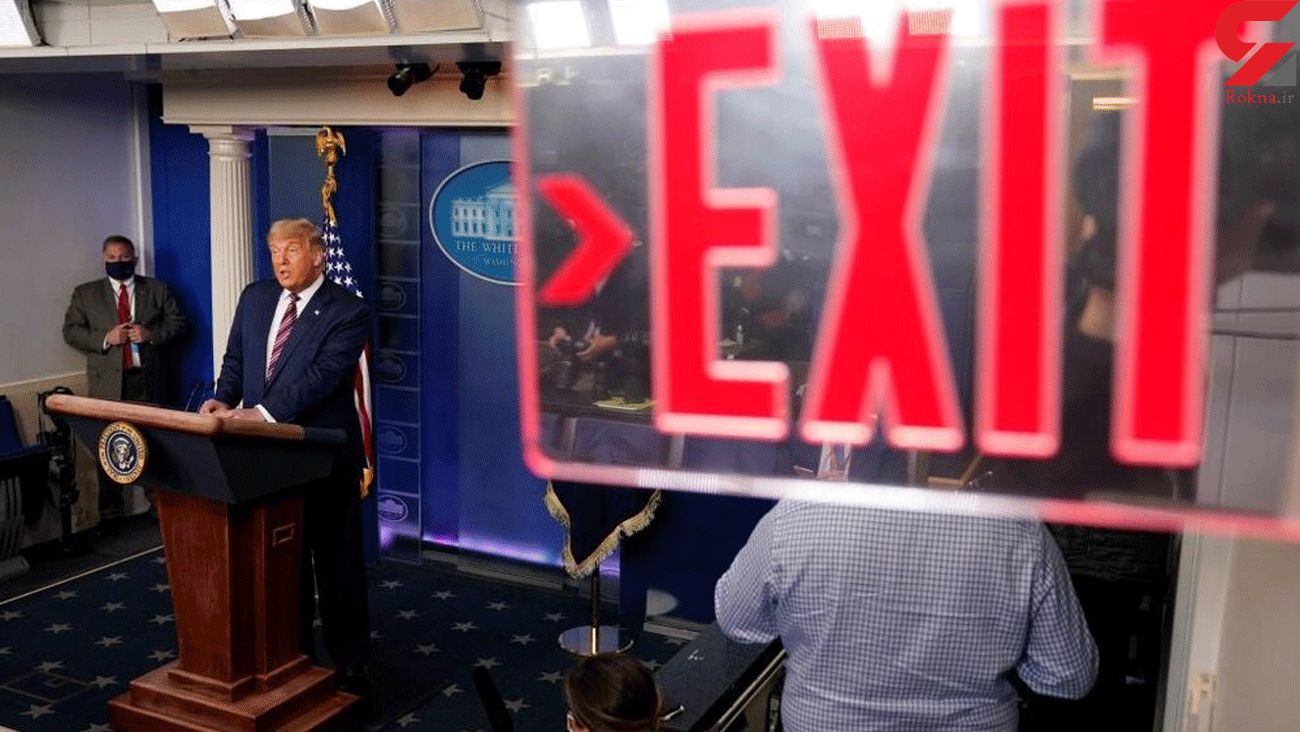 Iranian Vice President Es’haq Jahangiri expressed hope that the U.S. would return to its international commitments and respect the rights of other countries under the new leadership.

“Finally, with the announcement of the U.S. election results, the era of Trump and his adventurous and hawkish team has come to an end,” Janahgiri tweeted on Saturday night, after Joe Biden was named the winner of the November 3 election.

“Violating international treatises, from environmental [deals] to the inhumane economic sanctions against the Iranian nation and supporting terrorism and racism, was the cornerstone of Trump’s policies,” he said.

Back in May 2018, Trump withdrew from the historic 2015 nuclear deal between Iran and six world powers and imposed harsh economic sanctions on Tehran which he called the “maximum pressure” policy.

In response, Tehran reduced its commitments under the nuclear deal, officially called the Joint Comprehensive Plan of Action (JCPOA), and said with its “maximum resistance” approach, it will overcome the United States’ maximum pressure campaign.

Jahangiri noted that the Iranian nation withstood the Trump administration’s maximum pressure policy and will not forget the effects of sanctions on their livelihood and the assassination of top Iranian general Qassem Soleimani.

In the early hours of January 8, the IRGC attacked Ain al-Assad airbase in Anbar province in western Iraq as part of its promised “tough revenge” for the U.S. terror attack. Iran notified the Iraqi government beforehand so as to avoid casualties.

In June, Tehran said 36 individuals have been identified in connection with the Soleimani assassination, including the outgoing president, Donald Trump.

Tehran Prosecutor General Ali Alqasi-Mehr named Trump as the key individual at the top of the list, saying his pursuit will continue even after his tenure as U.S. president.

In a tweet on Sunday, Ali Shamkhani, secretary of Iran's Supreme National Security Council (SNSC), said Trump’s downfall is not a surprise but a history’s verdict.

Most of the American people rejected an ideology that regarded bullying and oppressing as a panacea, Shamkhani wrote.

He also advised the new administration to label Trump’s picture at the White House as “a lesson for posterity”, instead of labeling it the forty-fifth president of the United States.

Iran’s Parliament Speaker Mohammad Bagher Ghalibaf also reacted to the result of the U.S. election by reciting verses of the Holy Quran.

In a tweet, Ghalibaf referred to verses 21 to 25 of An-Nazi'at Surah in the Holy Quran, which say, “But he [i.e., Pharaoh] denied and disobeyed. Then he turned his back, striving [i.e., plotting].”

“And he gathered [his people] and called out. And said, ‘I am your most exalted lord’. So Allah seized him in exemplary punishment for the last and the first [transgression],” the verses say.

Hours before Biden was named the winner, the chairman of the Tehran City Council, Mohsen Hashemi, said the targeted killing of General Soleimani helped cause Trump’s heavy defeat.

In a video published on his Telegram channel on Saturday, Hashemi congratulated the Iranian nation and Soleimani’s family on Trump’s defeat, saying the person who imagined he will be reelected for killing General Soleimani was disgraced by the American people.

“I congratulate Iranians and non-Iranians, who faced difficulties over his sometimes cruel policies, on Trump’s heavy defeat,” he added.

Foreign Minister Mohammad Javad Zarif slammed the Trump administration’s “lawless bullying”, and hopes that the Biden administration would put an end to that.

“The American people have spoken,” Zarif said via Twitter on Sunday.

“And the world is watching whether the new leaders will abandon disastrous lawless bullying of outgoing regime—and accept multilateralism, cooperation & respect for law,” the chief diplomat added.