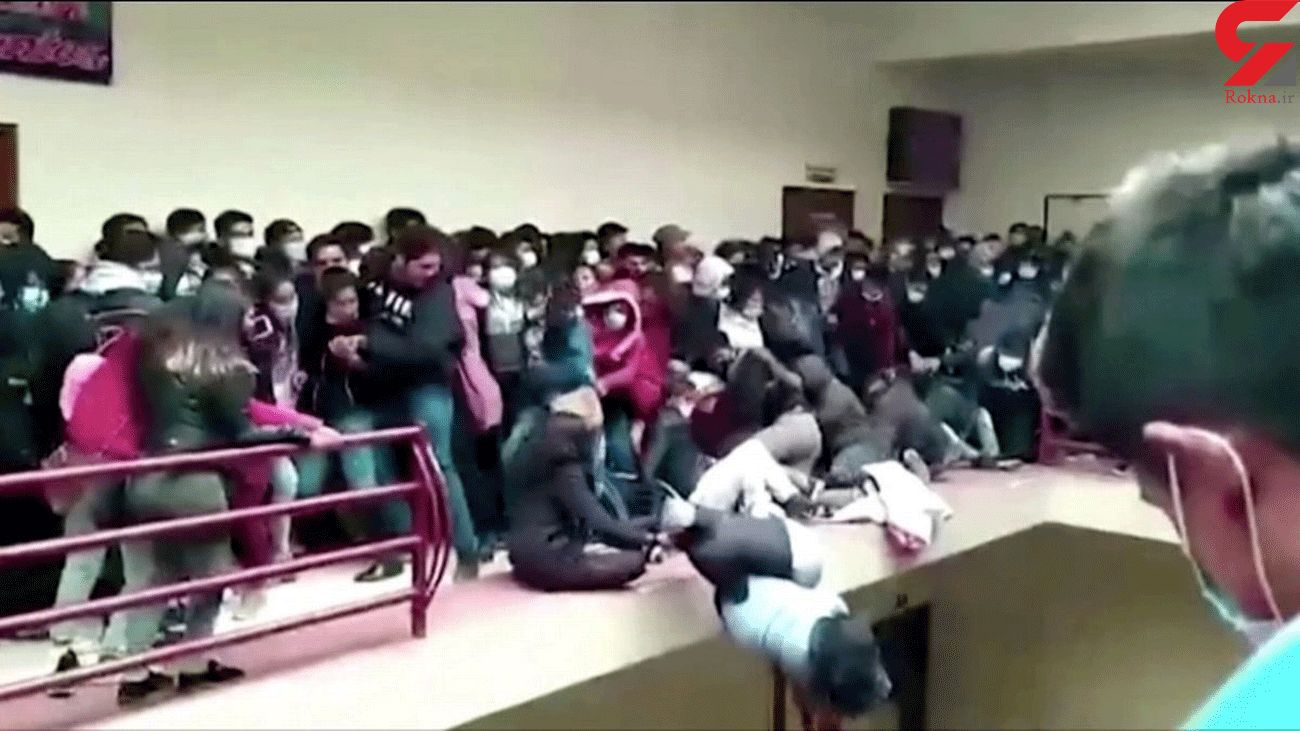 A young woman seen 'pushing' another on a balcony minutes before it collapsed killing at least seven university students will be questioned, police have confirmed.

Dramatic footage of the incident at the Public University of El Alto (UPEA), in a highland city near La Paz, Bolivia, showed a crowd of people crowd onto a fourth floor balcony before a railing broke on Tuesday.

Bolivian Police general commander Jhonny Aguilera Montecinos said a female filmed engaged in a struggle will be summoned, according to reports.

“Three supervisors will be summoned and they will offer their statement to collaborate in establishing the causes that motivated the massive concentration of university students," he told the media.

"After knowing the circumstances, those who identify videos of the security cameras that were already provided to us by the university will be notified."

At least three others were injured in the fall.

A statement released by the university said: "The university declares mourning for seven days at the Public University of El Alto due to the unfortunate events that occurred on the morning of this day, March 2."

Chief Montecinos went on to tell reporters the students' cause of death was "multiple defenestration trauma" and confirmed investigations are ongoing.

Bolivian President Luis Arce said: "We regret the tragedy that occurred at the Public University of #ElAlto (UPEA), where there were several deaths and injuries.

"Our deepest condolences to the people of El Alto and to the suffering families. We await the prompt clarification of the facts."Follow the Official Rokna NEWS Telegram Channel For More and fresh NEWS.