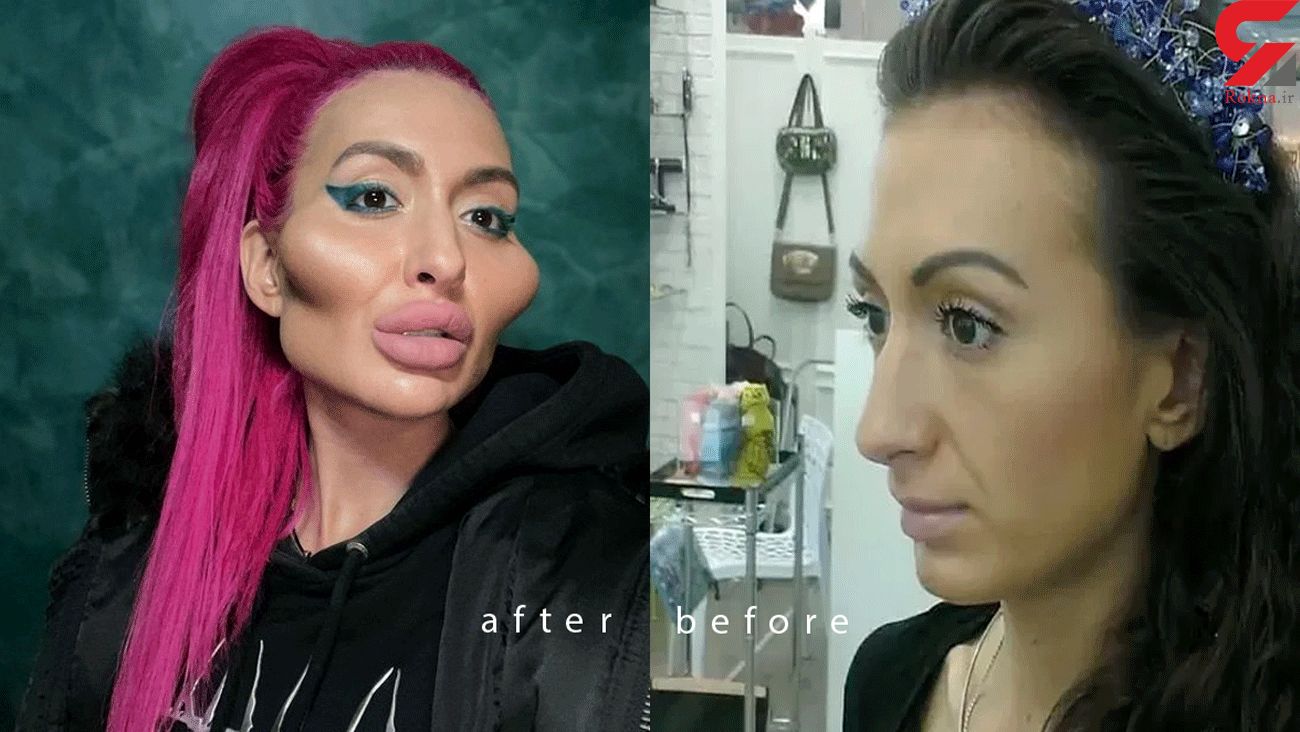 At 26, Anastasia Pokreshchuk was a natural beauty with long brown hair and minimal make up.

But she's spent the last six years completely transforming the way she looks, spending huge amounts on surgery in her bid for a more unique look.

She claims to now have the 'world's biggest cheeks', and says she's lost track of how many bits of work she's had done overall.

The Ukranian model, now 32, has stunned her social medial followers by sharing a throwback photo of her pre-surgery look - and she's unrecognisable.

She's even asked her fans to vote for which look they prefer.

In the snap, she can be seen posing with brunette hair, brown eyes, light make-up and no visible facial fillers.

Her lips have also been enlarged over the years.

Although she clearly prefers her new appearance, Anastasia took to Instagram to see which her 250,000 followers liked better, writing: “Transformation – 26 and 32. Who will you choose?”

The post has racked up more than 21,000 likes and more than 1,600 comments so far, with her followers seemingly torn.

One fan said she looks “like a superhero from Marvel” with her new look – a comment that Anastasia seemed to appreciate, responding “yes” with a love heart emoji.

Writing in Ukranian , another follower said she was “very beautiful” at 26, to which Anastasia simply responded, “No.”

The model's transformation began the same year as the throwback picture, when she got her first facial filler at 26.

She also got lip filler and Botox injected into her forehead, and dyed her hair.

While some weren't sold on her new look, the social media star loves her appearance.

“After I had the injections and saw the changes in my cheeks, I fell in love with them," she has previously said, adding that she has lost count of the amount of procedures she's had.

“I understand that they look weird for other people but I don’t mind.”