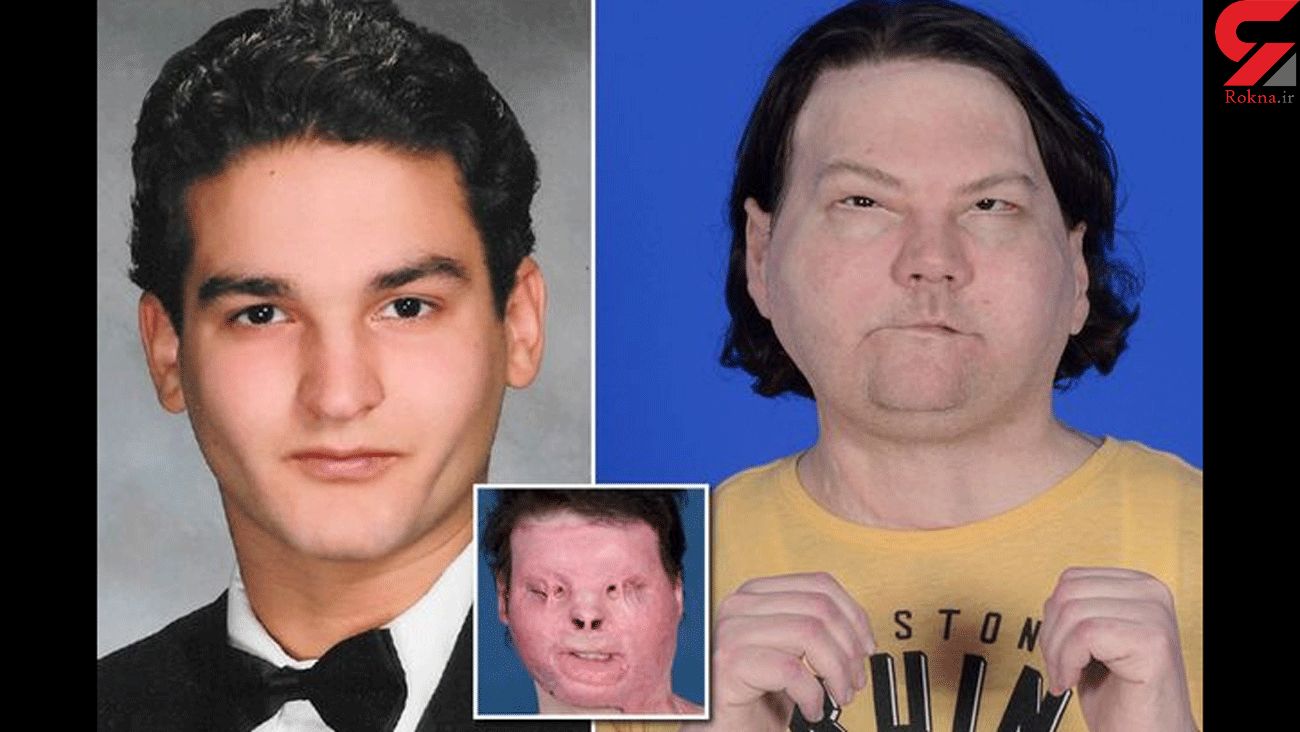 An American man has undergone the world’s first successful face and double hand transplant from the same donor.

after a car accident, Joe DiMeo, who was left disfigured, received the transplant in August at NYU Langone Health Centre in New York after undergoing a gruelling 23-hour operation.

The surgery was conducted by 16 doctors and was carried out between two operating theatres.

Today, when the Mirror spoke to Joe he offered a message of support over what hope his historic operation should give to people in the UK and rest of the world who are where he once was.

"There is always light at the end of the tunnel. Never give up," he said.

And appearing on Good Morning America today, he said: “When I saw my face for the first time, it didn’t hit me. It didn’t seem real at first.

“The swelling comes down every day. I see my cheekbones now.”

DiMeo said he wanted to one day meet his donor’s family.

“I’m grateful for them to give this gift to me. I don’t know how to thank someone that gives you a second chance at life,” he added.

The 22-year-old fell asleep at the wheel of his car after working a night shift in 2018.

The vehicle blew up, and he was pulled from the wreckage.

The explosion left DiMeo with third-degree burns over 80 per cent of his body.

He spent the next four months in a New Jersey hospital’s burn unit, including more than two months in a medically induced coma.

His body was so severely burned his fingertips were amputated, and he lost his lips, ears and eyelids.

“The therapist actually told me what happened to my body, and I was pretty bummed out at first,” DiMeo said.

“But you know, that was my life at that point, so I had to push through it.”

No longer able to live independently on his release from hospital, DiMeo moved in with his parents, John and Rose DiMeo, who became their son’s carers.

They spoke of his determination to rebuild his life.

“He just kept knocking down the goals... still doing it.”

As part of his recovery, DiMeo underwent 20 reconstructive surgeries.

He then reached the point where his plastic surgeon told him there was nothing more he could do to help him regain functionality.

DiMeo was then connected to one of the world-leading experts Dr Eduardo Rodriguez, at NYU Langone Health.

“A lot of his body was severely burned, and if it wasn’t burned, it was scarred from removing skin to cover those burns with skin grafts,” Dr Rodriguez told Good Morning America.

“So physically, he was severely compromised, but his spirit was very strong and with great hope to not want to live this way for the rest of his life.”

Due to his age, good health, the severity of his burns, and determination, DiMeo was considered an ideal candidate for both a face and a double hand transplant.

“I never heard of such a thing before that,” DiMeo said of the transplant.

“I was pretty excited. I wasn’t really scared or nervous, I just wanted to get through it.”

In August, doctors found a match for him - an unidentified donor in Delaware - who DiMeo had just a six per cent chance of being compatible with because of all of the surgeries he’d already undergone.

He has so far not experienced any rejection to the transplant.

“They said that I’m ahead of schedule because, right now, I have 20 pounds of grip strength, and usually people don’t get that in five months,” he said.

“Even on my days off of therapy, I still go downstairs and work out.”

DiMeo has also contacted the family of his donor, whom he now has the face and hands of but does not know any details about.

“I sent them a letter, but I know they just had someone passed away, so I’m not trying to rush them or anything,” he said.

“I’m very grateful for them to give this gift to me, and I don’t really know how to thank someone that, you know, gives you a second chance at life. I’m very thankful for it.”

DiMeo goal is to live on his own again within the next two years, and then have a family, a career and a “normal” and “simple” life.

He said he thinks the full impact of his face transplant will hit him when he fulfils another goal, driving on his own again.

“It’s pretty interesting to see someone’s face on me, but I guess it didn’t hit me yet,” he said.

“I think it’ll really hit me when I’m driving by myself and, like, I look in the rearview mirror and see myself, by myself, you know, alone.”

“I think that’s when it’ll hit me, because driving is my goal, long-term goal, now,” DiMeo said.

According to the United Network for Organ Sharing, worldwide, surgeons have completed at least 18 face transplants and 35 hand transplants.