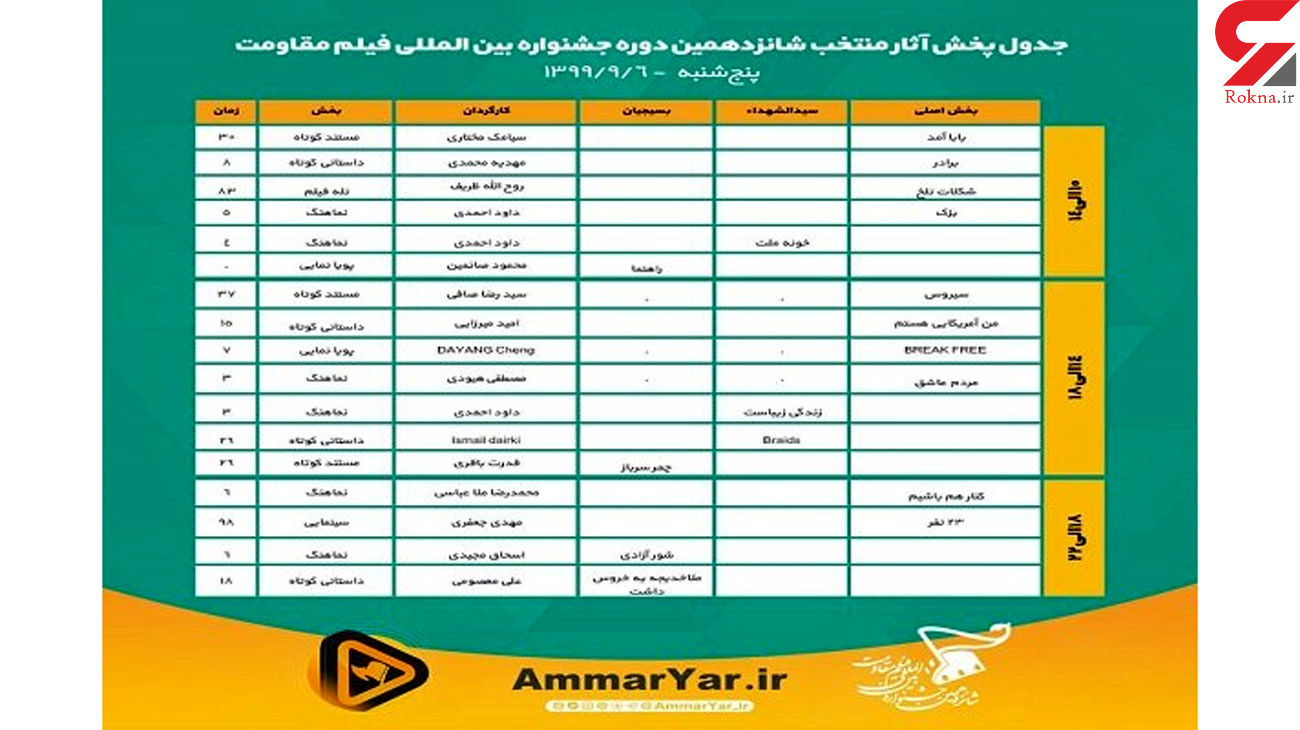 -"House of the Nation" by Davoud Ahmadi (Video Clip)

-"I am American" Directed by Omid Mirzaei (Short Film)

- "The Life Is Beautiful" by Davood Ahmadi (Video Clip)

- "Let's Be Together" by Mohammad Reza Mullah Abbasi (Video Clip)

Presided by Mahdi Azimi-Mirabadi, the second part of the festival which is covering "Main Competition", "Resistance Prominent Martyr - Special Section", "Best Film Competition in Absolute Sense" and" Narrations of Pen - Scriptwriting Competition inaugurated on Saturday and is currently underway in online format until November 27, 2020.

In the meantime, the selected films of the second round of the festival will be displayed on namafilm.ir and ammaryar.ir platforms.