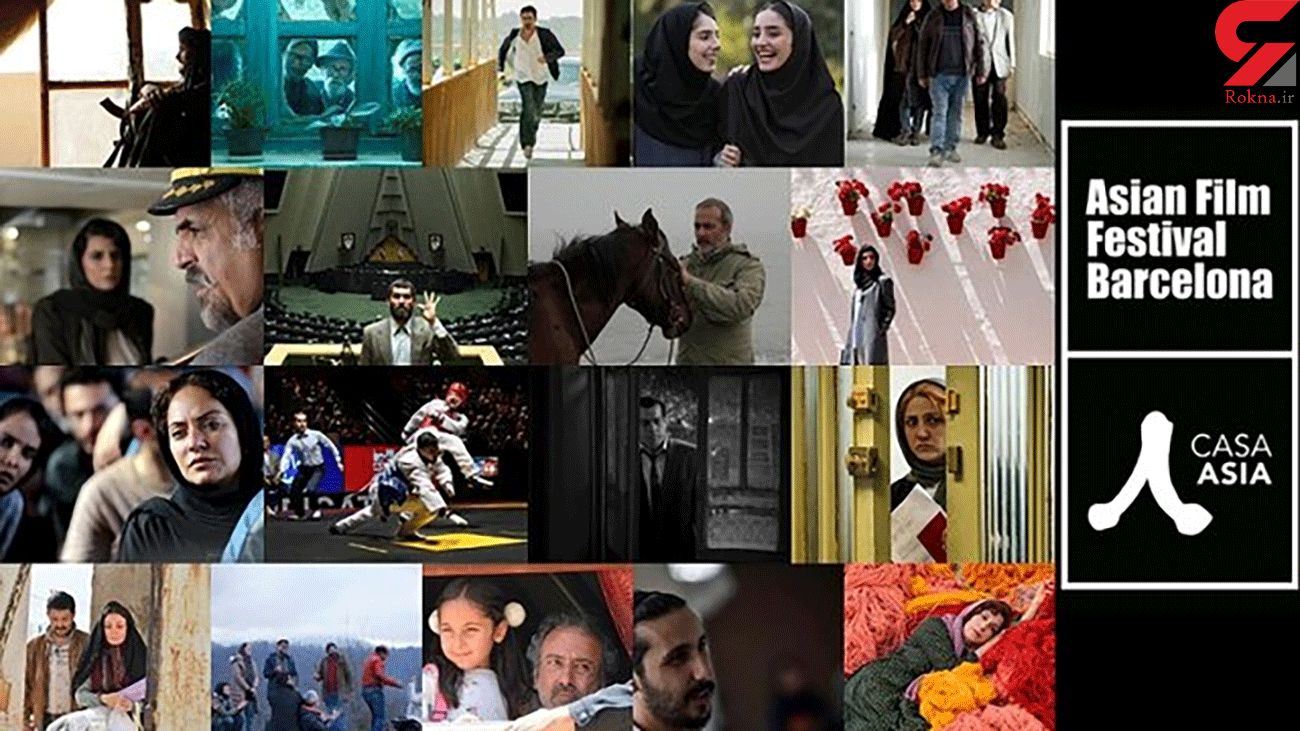 The 18 Iranian films are including “A Man Without a Shadow” directed by Alireza Raisian, “African Violet” by Mona Zandi Haqiqi, “Castle of Dreams” by Reza Mirkarimi, “Dance With Me” by Soroush Sehat, “Diapason” by Hamed Tehrani, “The Oath” by Mohsen Tanabandeh, “Gholamreza Takhti” by Bahram Tavakoli, “Labyrinth” by Amir Hossein Torabi, “Life Among War Flags” by Mohsen Eslamzadeh, “My Second Year in College” by Rasoul Sadrameli, “Old Men Never Die” by Alireza Raisian, “Repression” by Reza Gouran, “Sly” by Kamal Tabrizi, “That Night’s Train” by Hamidreza Ghotbi, “The Charcoal” by Esmaeel Monsef, “Tsunami” by Milad Sadrameli, “We Are All Together” by Kamal Tabrizi and “Zero Floor” by Ebrahim Ebrahimian.

The new edition of the Asian Film Festival Barcelona will be held From the 28th of October to the 8th of November. It will have an extensive programme of cinema, meetings, conferences and seminars with the intention of contributing to the knowledge of cinematographies which are not usually present in the commercial circuits.

As with the preceding editions, the event will include around 100 feature films proceeding from a vast territorial extension that goes from Central Asia to South-East Asia and from there to the Asia – Pacific region. The festival will host films from more than twenty-five countries, from Iran and the former Soviet republics of Central Asia, Kazakhstan, Kyrgyzstan and Uzbekistan to Afghanistan, Pakistan, India, Nepal, Bangladesh, China, Hong Kong, Macao, Mongolia, Korea, Japan, Sri Lanka, Malaysia, Myanmar, Thailand, Singapore, the Philippines, Indonesia, Cambodia, Laos, Vietnam and the Asia – Pacific with Australia and New Zealand. More than a hundred films that will be presented this year have been produced between 2018 and 2020 and will be distributed over the following sections: Official, Official Panorama, Discoveries, NETPAC and Special, all of which fall under competition.