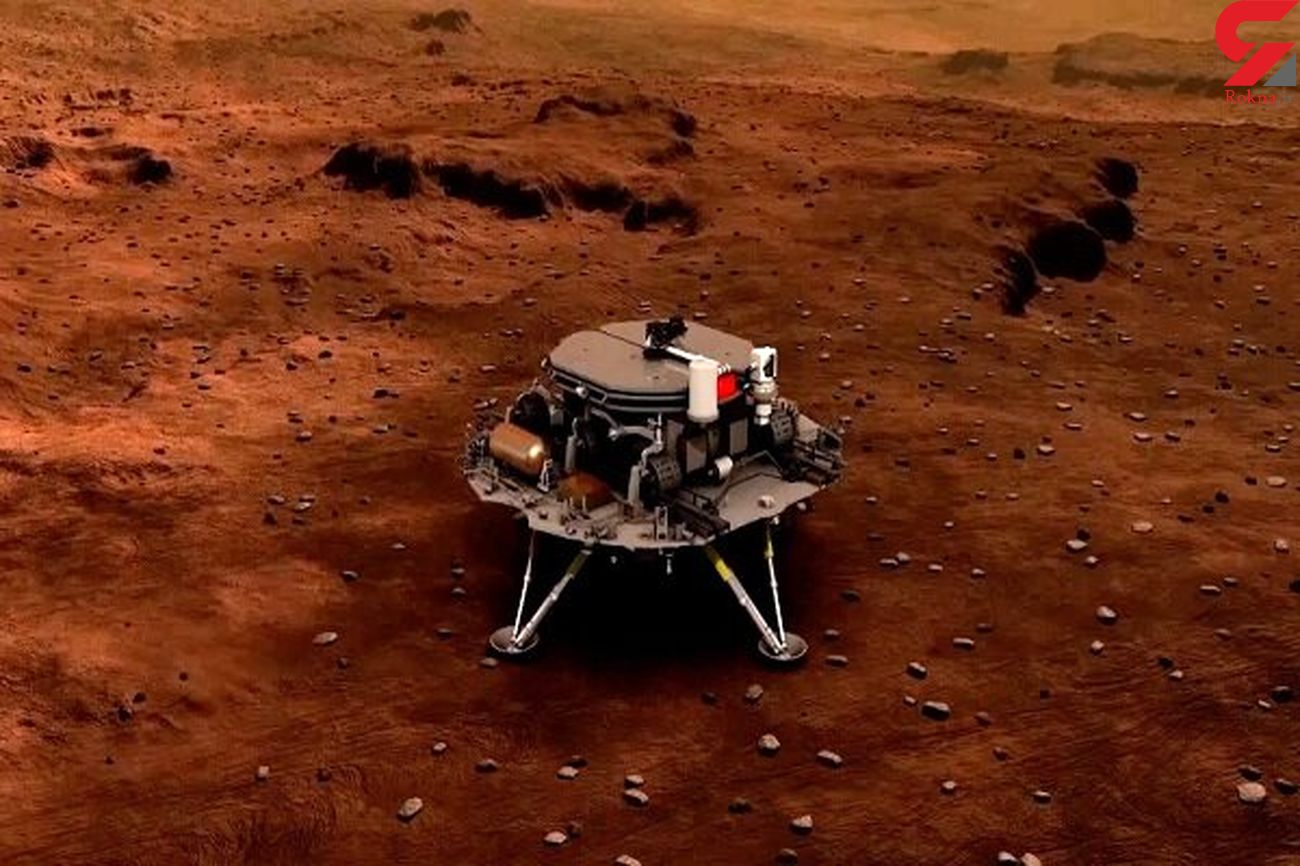 It landed on a pre-selected landing zone in the southern part of an icy area of the planet known as Utopia Planitia at 7:18 a.m., the scientific research team confirmed with the signal sent back by the rover, the first landing on an exoplanet ever by a Chinese vehicle, CGTN reported.

The probe started descending from its parking orbit at about 1 a.m. and maneuvered to the entry orbit. The landing module, consisting of the rover Zhurong, separated from the orbiter at about 4 a.m., according to the CNSA.

After about three hours' flight, the module entered the Martian atmosphere, ushering in the most challenging moment.

The whole landing process can be divided into three steps, namely entry, descent, and landing.

The module first decelerated with the friction of the Martian atmosphere, a process in which it overcame high temperatures and attitude deviations, said Wang Chuang, chief director-designer of the Tianwen-1 probe with the China Academy of Space Technology.

The descent speed reduced by about 90 percent after the aerodynamic deceleration.

Then, the parachute was unfurled to continue reducing the velocity to 100 meters per second before the reverse thrust engine ignited to decelerate the speed, Wang introduced.

At about 100 meters above the surface of Mars, the module entered the hovering stage for completing the obstacle avoidance and measuring the slopes of the surface. The craft reached the Martian surface under the protection of a buffer mechanism.

In all, during the whole process lasting for about nine minutes, the module had to slow down from a velocity of about 20,000 kilometers per hour to zero, said Wang.

About 30 minutes after separation, the orbiter returned to the parking orbit to provide relay communications for the landing module.

Named after the Chinese god of fire Zhurong, the rover will carry out imaging of the landing site, self-check and depart from the landing platform for further expedition.

China launched the Mars probe, which consists of an orbiter, a lander and a rover, on July 23 last year, aiming to complete orbiting, landing and roving in one mission.Follow the Official Rokna NEWS Telegram Channel For More and fresh NEWS.