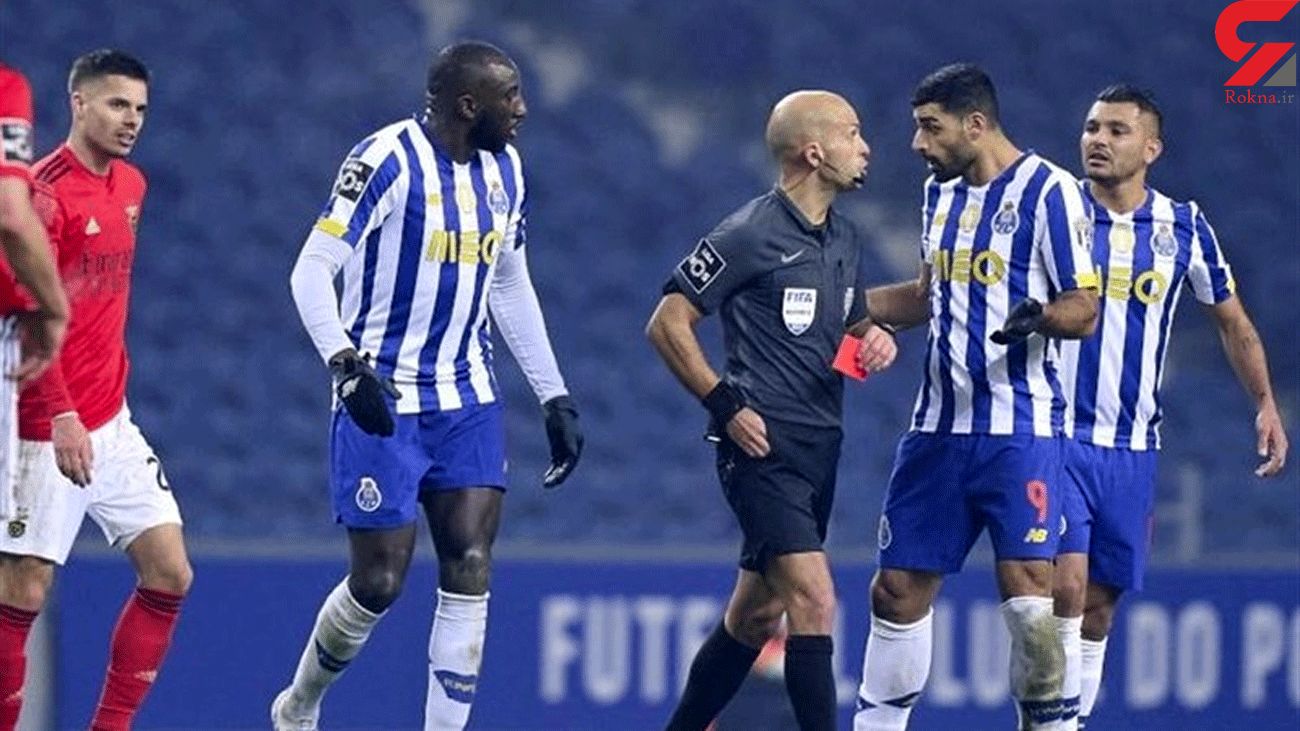 He was sent off in the 73rd minute for a poor challenge on Nicolas Otamendi.

Spanish defender Alex Grimaldo had put Benfica in front after just 17 minutes at the Estadio do Dragao and Taremi brought Porto level with his seventh league goal of the season in the 25th minute.

“I apologize to all the fans, coaching staff, and my teammates for being sent off. I wanted to hit the ball and didn’t want to injure Benfica’s player. I am so sad right now,” Taremi said.

Both sides, who have 66 league titles between them and have monopolized the championship for the last 18 years, remain four points behind leader Sporting Lisbon.Follow the Official Rokna NEWS Telegram Channel For More and fresh NEWS.