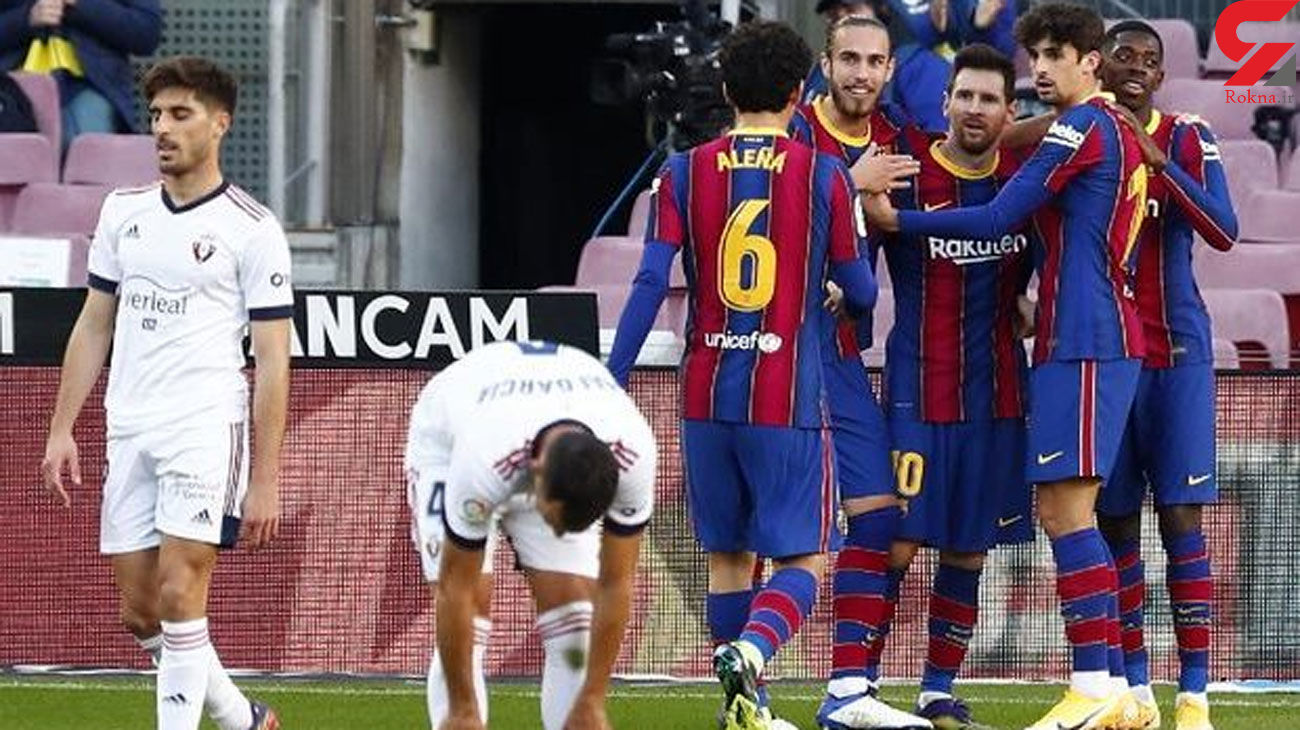 The hosts paid tribute to their former striker and Argentina FOOTBALL legend Diego Maradona , who passed away last week.

Thirty minutes into the match, Martin Braithwaite broke the deadlock from close range to give Barcelona a 1-nil lead.

Then, Antoine Griezmann doubled the lead before half time with a brilliant volley from outside the box.

The Catalan s continued their ruthless performance after the break, when Philippe Courtinyo tapped in an empty net to put the result beyond doubt.

Finally, Argentinean superstar Lionel Messi capped off the scoring with a powerful shot from the edge of the box in the 73rd minute and celebrated by unveiling a Newell's Old Boys shirt in tribute to Maradona, who played for the club in Argentina.

With the result, Ronald Koeman's team moved up to 9th place with 14 points, while Osasuna sit 15th after collecting 11 points.