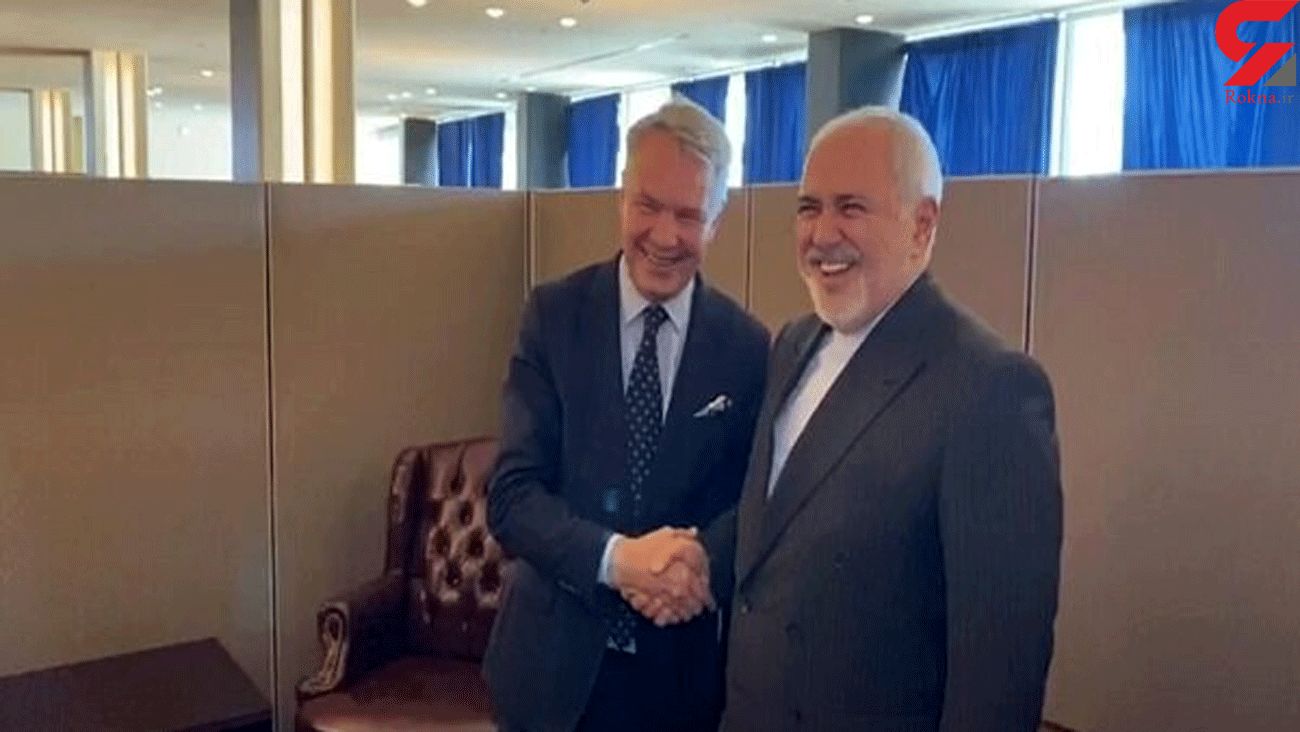 Speaking in a telephone conversation with his Finnish counterpart Pekka Haavisto on Thu., Zarif pointed to law-breaking of the United States and imposition of oppressive and illegal sanctions against Iran and added, “Iran’s compensatory steps have been taken within the framework of JCPOA aimed at restoring balance and maintaining JCPOA.

Zarif reminded of breach of promise by the United States in Iran’s nuclear deal, JCPOA, imposition of oppressive and illegal sanctions against Iran and Europe's inaction to fulfill its obligations under JCPOA, and pointed to Iran's restraint and full fulfillment of its obligations until a year later and added that Iran's compensatory steps have been taken within the framework of JCPOA and its goal is to restore balance and maintain JCPOA.

"If the United States lifts its illegal sanctions and fulfills its obligations under JCPOA, Islamic Republic of Iran will also return from its compensatory steps, all of which are reversible."

Zarif also invited his Finnish counterpart to travel to Tehran at a proper time.

Finnish foreign minister, for his turn, expressed his country's support for JCPOA and called for giving more chance to diplomacy.

While discussing bilateral cooperation in political, economic, health and consular fields, he emphasized interaction of studies’ centers of the two countries and announced the holding of a meeting of European foreign ministers within the framework of Helsinki Forum.

Pekka Haavisto invited Zarif to participate in the Forum.Follow the Official Rokna NEWS Telegram Channel For More and fresh NEWS.