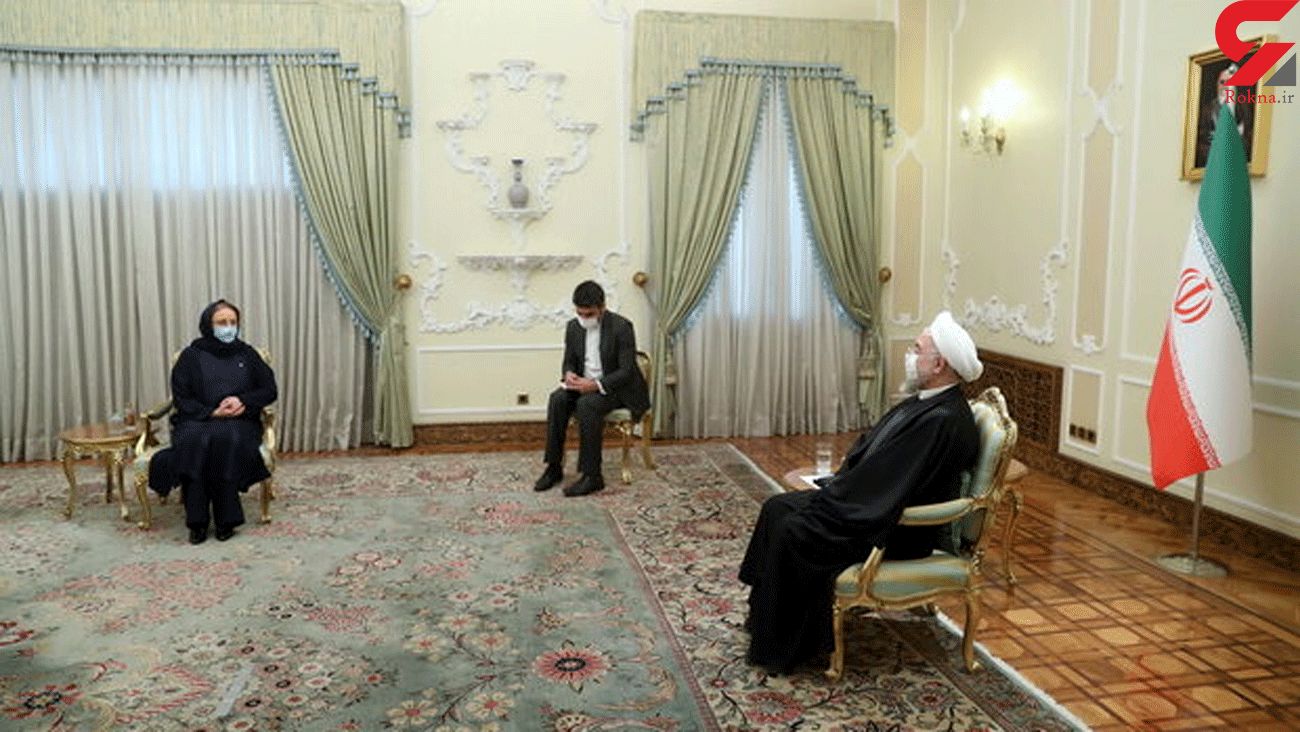 The new ambassadors of Senegal, Romania, Ghana, Slovakia, and Bolvia held separate meetings with Rouhani on Wednesday and officially started their mission by submitting their credentials to the Iranian president.

During the meetings, Rouhani called for all-out efforts to strengthen relations between the Islamic Republic of Iran and their respective countries.

'Senegal can be a gateway for Iran's access to Africa'

Referring to the good and sincere relations between the two countries over the past years, Rouhani emphasized the development and deepening of political and economic relations and the increase of cooperation in the fields of science, culture, and technology as well as Islamic sciences.

The President named Senegal a very important country in West Africa, which could be the gateway to Iran's relations with African countries.

The President added: "Iran and Senegal have very good grounds for the development of relations and the cooperation of the public and private sectors of the two countries is essential to achieve this goal."

The new envoy, for his part, said that trying to increase the level of relations and deepen the relations between the two countries is one of his most important goals during his mission in Iran.

Niang Dieng added: "Iran-Senegal relations have always had warm ties and the two countries have a lot of opportunities for strategic cooperation."

'Iranian, Slovak companies can be pioneers of joint cooperation'

Receiving a copy of the new Slovakian Ambassador to Tehran Ladislav Ballek, Rouhani said that the conditions for international interactions of the Islamic Republic of Iran are different from the past, adding that: "Private companies of the two countries can be pioneers in expanding relations and joint cooperation in various fields."

"Welcoming the development of cooperation between Iran and Slovakia, the President stated: Tehran and Bratislava have great potential in the scientific, cultural, and economic fields to expand mutual relations."

Addressing the global combat with Covid-19, he noted: "Iran is currently developing and testing three types of Corona-vaccines and is ready to share its experiences with other countries, including Slovakia."

Ballek, in his turn, noted that Slovakia pays importance to Iran and is determined to expand its relations with Tehran in various fields.

"The epidemic has made cooperation and humanitarian relations among different countries of the world of high importance," he highlighted.

Iran ready to share expertise with Romanian in COVID-19 battle

In the meeting with Mirela-Carmen Grecu, the new ambassador of Romania to Tehran, Rouhani expressed Tehran’s readiness to share expertise with Bucharest as well as other countries.

"Iran is interested and ready to exchange experiences with different countries in the field of combating the coronavirus epidemic."

Ms. Grecu, presented her credentials to Rouhani and said, "Tehran-Bucharest relations have always been cordial and friendly and we should take advantage of this opportunity to improve the existing cooperation and relations between the two countries."

She added, "The implementation of some agreements between the two countries has been delayed due to the coronavirus outbreak. In our consultations with the Iranian ambassador in Bucharest, we have tried to resolve delays and problems in expanding relations by holding a joint bilateral cooperation commission."

Iran-Ghana relations should be expanded in various fields

In his meeting with Ghana’s newly-appointed ambassador to Iran, Eric Owusu-Boateng, Rouhani described the relations between Iran and Ghana as cordial and friendly and expressed hope that in the new era, these relations will expand in various fields.

"The Islamic Republic of Iran is interested in developing cooperation with Ghana in economic and scientific fields and benefiting from the existing opportunities.

"The expansion of cooperation between the private sectors of Iran and Ghana can play an effective role in enhancing the level of bilateral interaction, and the two governments should encourage the private sector and provide the necessary support for their cooperation," he said.