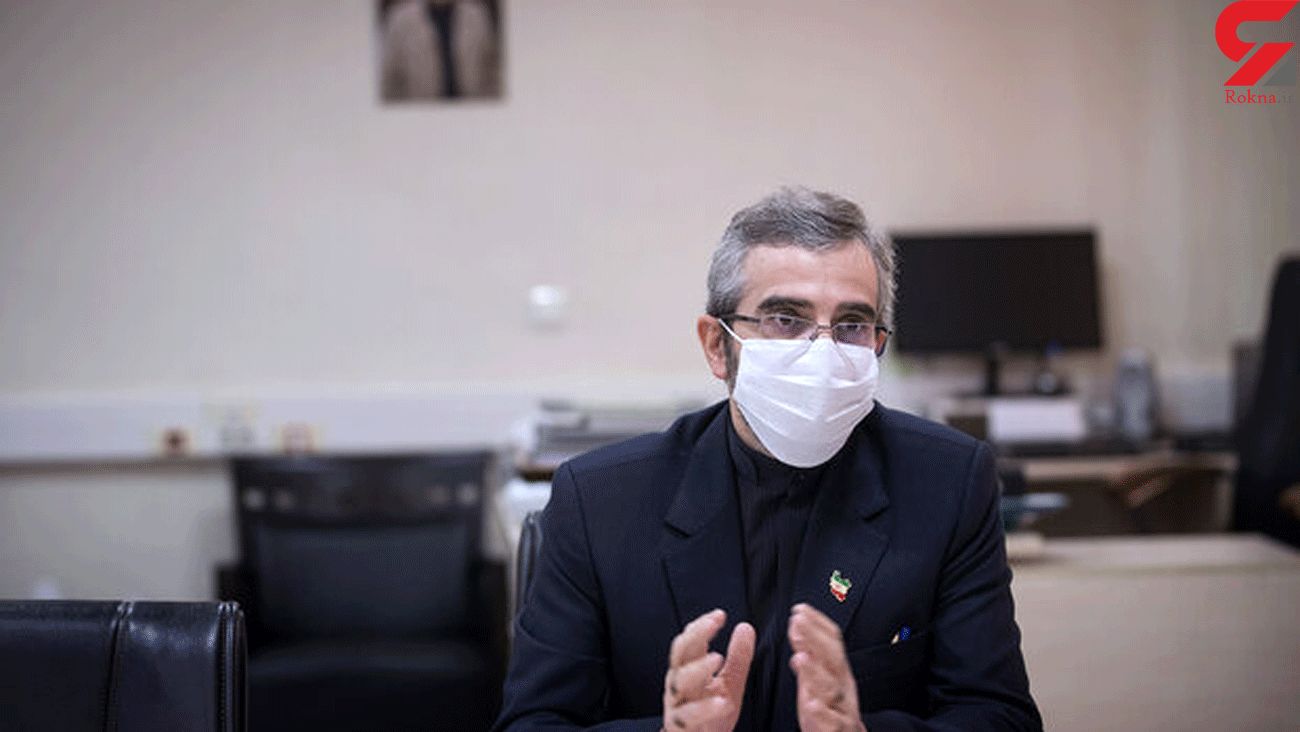 "Are European signatories of JCPOA concerned about human rights? Better they end the arbitrary detention of Iranian citizens accused of “legal act” of ignoring the “illegal” US sanctions",  Ali Bagheri-Kani said the remarks in reaction to the recent E3 statement against Iran. 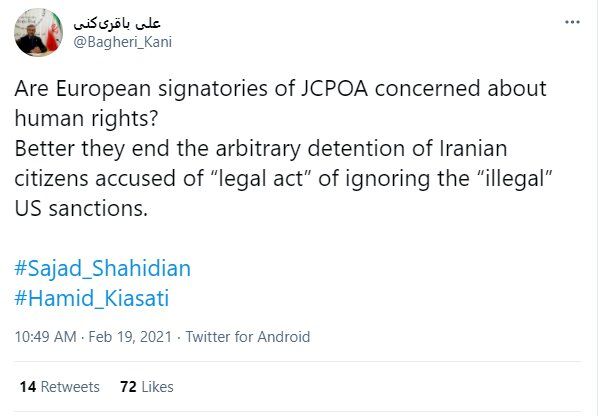 The United States and the European Troika claim they have accelerated their attempts to pave the way for returning to the Iran nuclear deal amid approaching ultimatum for lifting sanctions against Iran.

French Foreign Minister Jean-Yves Le Drian hosted his German and British counterparts in Paris, with America's new top diplomat Antony Blinken joining via video-conference on Thursday. The three European countries, known as the E3, along with the US are signatories to the 2015 Iran nuclear deal.

In a statement issued by E3 and US foreign ministers, they expressed concern over Iran's remedial measures in response to US unilateral withdrawal from the JCPOA and E3's lack of commitment and inaction.