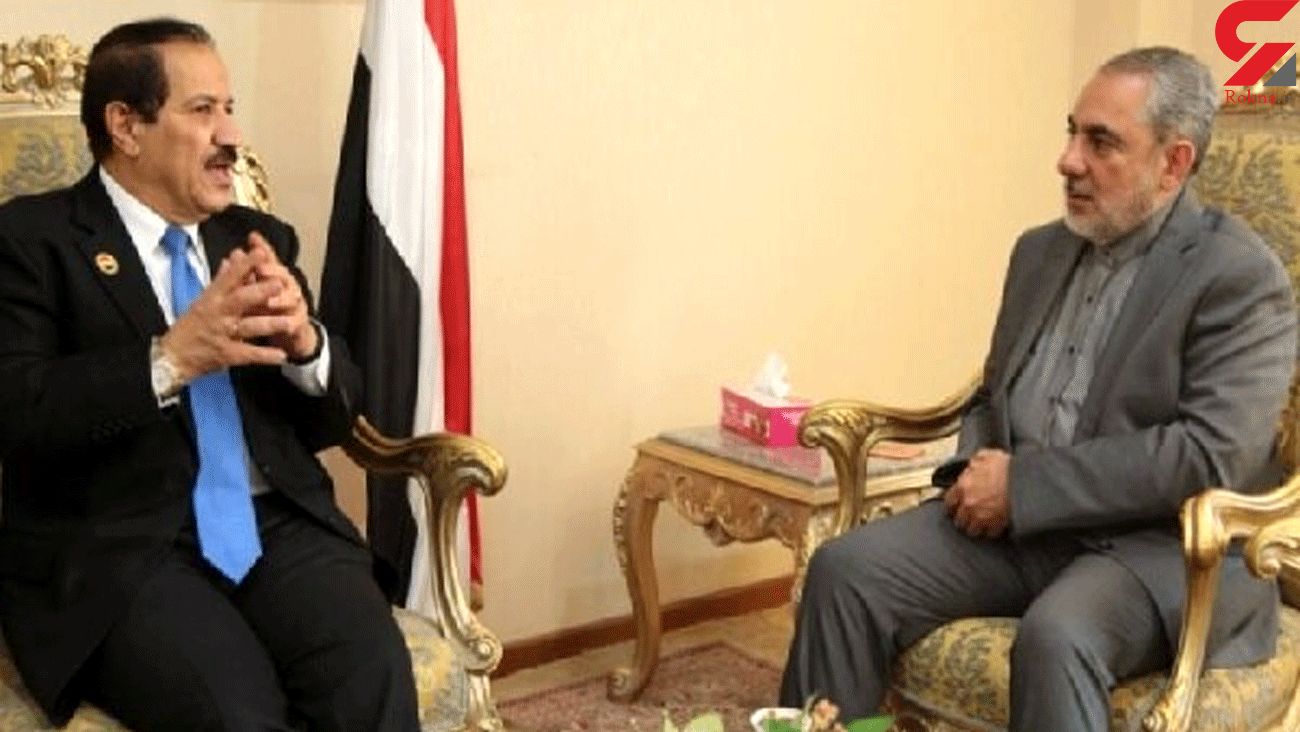 During the meeting, the two sides consulted and discussed the latest developments in the region and the internal situation in Yemen.

Iranian envoy in Yemen and Yemeni foreign minister exchanged their views on bolstering and strengthening bilateral cooperation between Tehran and Sana’a, Almasirah reported.

In addition, the two sides consulted the latest developments in the region and situation in the Persian Gulf.

Irloo reiterated that the Islamic Republic of Iran supports a political solution in Yemen, stating that there is no military solution to the crisis in Yemen.

Iran supports any sincere approach to resolving the crisis in Yemen and is working for peace in the country, he added.

The Iranian ambassador went on to say that Iran supports the efforts of the UN Special Representative for Yemen to end the aggression and lift the siege.

Yemeni foreign minister, for his part, emphasized that Yemeni forces will retaliate if the Saudi-led aggressor coalition does not stop airstrikes on civilian centers, cities, villages and continues to seize ships carrying fuel.Follow the Official Rokna NEWS Telegram Channel For More and fresh NEWS.