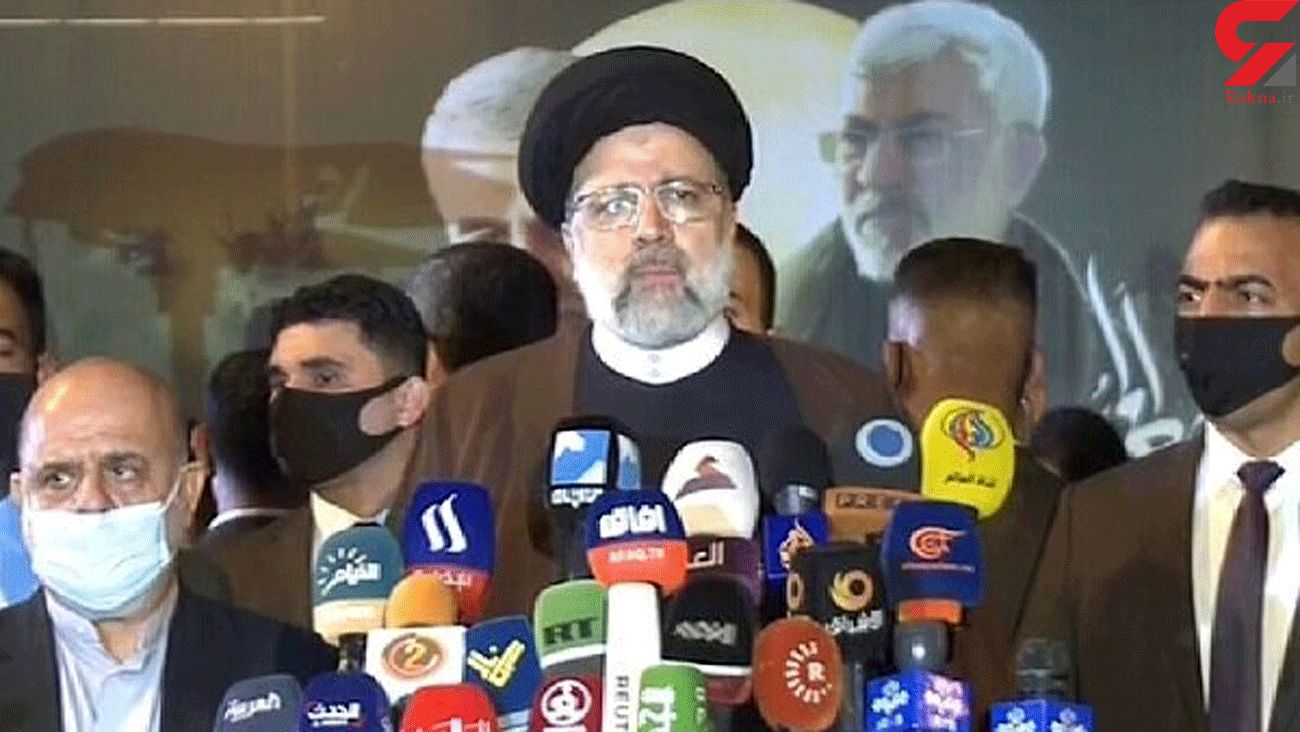 He made the remarks on Monday night upon arrival at Baghdad International Airport and when speaking to reporters near the memorial of Resistance commanders.

He lauded the resistance of the Iraqi people, army, popular forces foreigners, the agents of the Great Satan, and the Takfiri terrorists.

Martyrs Soleimani and al-Muhandis belong to the Islamic Ummah and humanity, he said, stressing that the assassination of these two great commanders of Islam will never go unanswered.

"These two people and their companions were heroes in the fight against terrorism and heroes in creating security for Iraq, Iran, and the region … Those who martyred them do not want the people of Iran and Iraq to live in security."

Elsewhere, hailing ‘deep’ cultural, ideological, and religious ties between Iran and Iraq, Raeisi, said that bilateral relations are so strong that no conspiracy or sedition can break them.

He has traveled to Iraq at the official invitation of Faiq Zidan, chairman of the Iraqi Supreme Judicial Council.

Raeisi is slated to hold talks with a host of senior Iraqi officials to discuss bilateral ties and issues of mutual interest. He is also to follow up on the case of the assassination of General Soleimani and his companions.Follow the Official Rokna NEWS Telegram Channel For More and fresh NEWS.