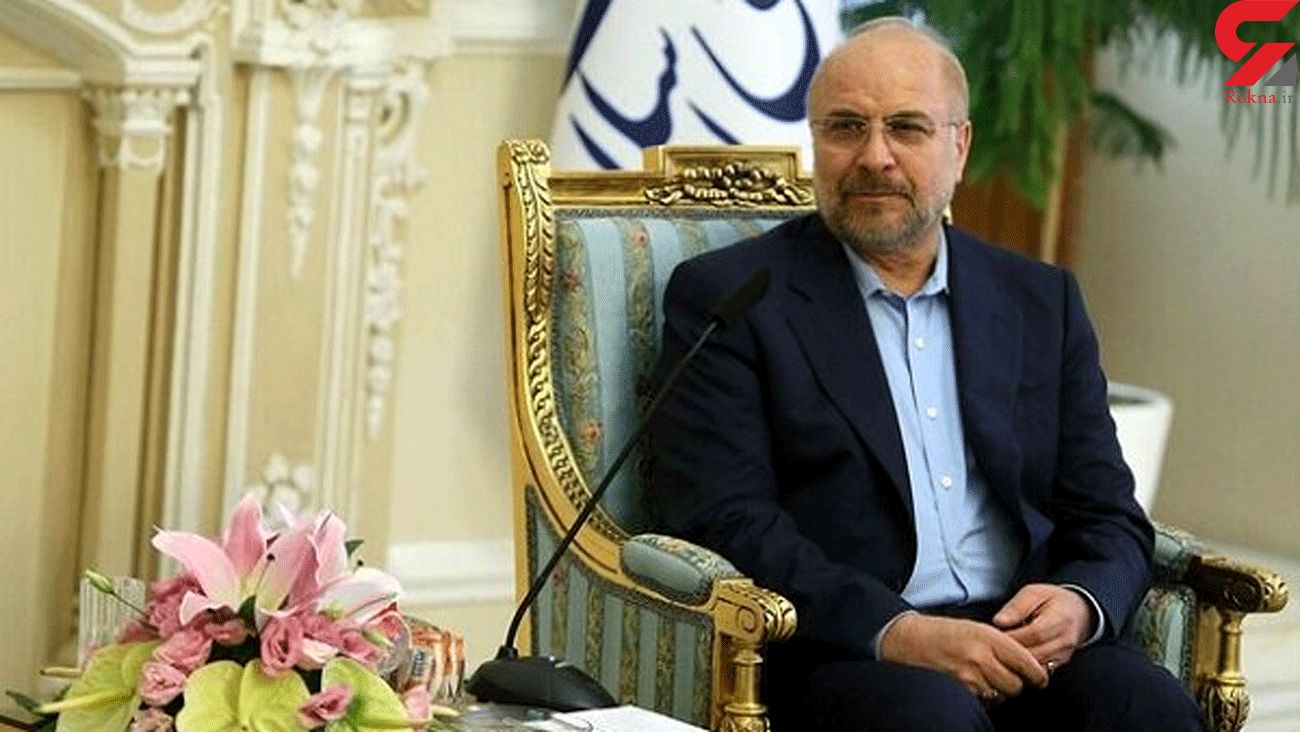 The Iranian speaker made the remarks in a webinar entitled “Gaza, Symbol of Resistance” which was held on Monday with the participation of the parliamentary representatives of the countries supporting the Palestinian cause.

“With the motto 'Al-Quds is Our Axis of Unity – Together Against the Normalization of Relations with the Zionist Regime', we have gathered today to reaffirm our support to the first qibla of Muslims and the Holy Quds as part of the common religious identity of Muslims,” Ghalibaf said.

Referring to the enemies’ efforts to target the unity of the Islamic Ummah through sanctions and arbitrary actions, as well as threats and bribery, Ghalibaf said that undoubtedly, in such a situation, the importance of the Palestinian issue gains a stronger momentum.

The Iranian parliament speaker emphasized that the continuous crimes of the terrorist Zionist regime against the oppressed people of Palestine, especially the Gaza Strip, will never be forgotten.

"As you know, the occupation of Palestine and the displacement of Palestinians living in this land is the worst tragedy that the deviant regime of Israel has created in the heart of the Islamic world after World War II," Ghalibaf noted.

"Despite the fact that 72 years have passed since this tragic event, more than four million Palestinians are still living in camps and in the worst living conditions; more than a thousand people are being held, imprisoned and tortured in Israeli prisons. Zionist settlements continue to develop, and Palestinian women and children are being killed every day, and Palestinian homes in the occupied territories are being destroyed every day under various pretexts.”

He further said, "More than two million Palestinians have been under complete humanitarian siege in Gaza for the past 14 years.”

"Today, we are not only witnessing the lack of support by the international community to the oppressed people of Palestine, but unfortunately, we can see a few of the regional rulers contribute to the Zionist settlement projects by ignoring the rights of the Palestinians and establishing political, economic, trade and even military-security and investment ties with the Zionist entity.”

He highlighted that it is the responsibility of all freedom seekers of the world to be the voice of Palestinians and support them.

Addressing the participants of the webinar, the Iranian Speaker said, "We believe that the parliaments are a clear image and language of the people and can use their capacity to support the oppressed Palestinian people and express these tragedies in parliamentary speeches."

“This is the least that can be done for Palestine,” he stressed.Follow the Official Rokna NEWS Telegram Channel For More and fresh NEWS.