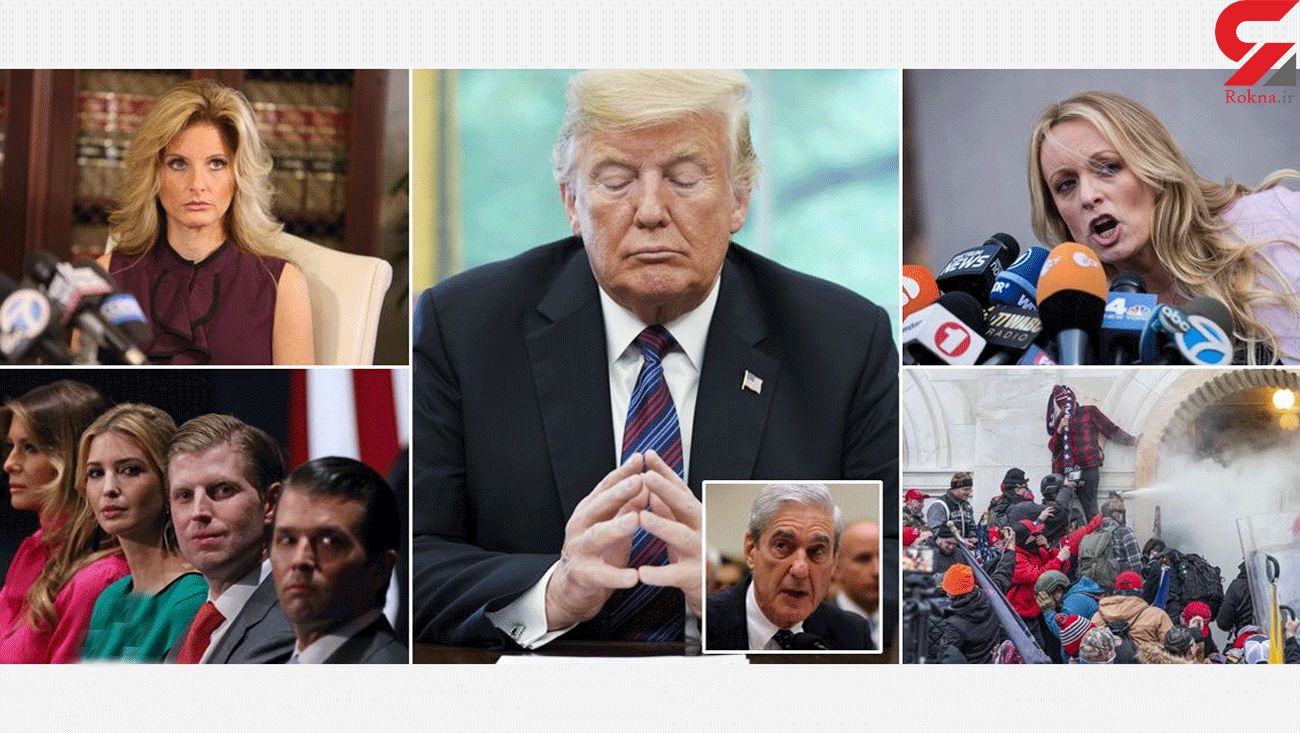 Standing back as his MAGA mob bayed for Hillary Clinton to be jailed, ringmaster Donald Trump would whip up the crowd.

As chants of “lock her up” filled his rallies, the President did little to dissuade the hundreds gathered.

Often the crowd did not know what they were calling to lock Clinton up for, but like Trump, they never let the facts get in the way.

But now just two days from leaving the White House, it is Trump who could end up in jail himself.

The US convention is that former presidents are immune from prosecution to guard against the criminalisation of politics.

Any federal prosecution of Trump would be political dynamite.

But many believe he should be prosecuted if there is evidence he broke the law as a private citizen, such as in his financial dealings and allegations of sexual assault.

Trump now faces a frantic 48 hours to consider pardoning himself. Here we look at some of the allegations he faces...

A report by Robert Mueller, below, into Russian interference in the 2016 election detailed times Trump may have obstructed justice.

But the Mueller team took the US Justice Department’s official position that a sitting president cannot be indicted.

But in theory the Biden Justice Department could bring charges against him.

In the final days of his presidency, while claiming November’s election had been “stolen”, Trump may have set himself up for criminal charges.

He pressured officials in Georgia to “find” enough votes to overturn his defeat.

Days later he fuelled his deadly MAGA mob to storm the US Capitol in a desperate bid to stop Joe Biden being certified President. Five people died in the rioting, including a police officer.

Some experts say Trump’s actions on the day could leave him open to a flood of civil cases.

The attorney admitted paying her £95,000 weeks before the 2016 election for the benefit of “Individual-1”, since revealed to be Trump. As President, he was immune to prosecution but New York prosecutors, including District Attorney Cy Vance, appear to have taken an interest in the case. Under New York law, “falsifying business records in furtherance of an illegal act” is a felony.

Agony aunt E Jean Carroll, below, alleged in a 2019 book that he raped her over 20 years ago. He denied it, as he does all the claims, saying she was not his type. She sued him, but the US Justice Department moved the case from state to federal court. It filed a motion to act as Trump’s defence lawyer, saying his denial was a presidential act and therefore protected.

In October a judge denied the motion. Now as a private citizen and a defendant in a civil suit, Trump may be compelled to provide evidence.

Her office has already deposed Trump’s son Eric, an executive vice president at the Trump Organisation. Currently, the matter is in the civil courts, meaning any penalties would be largely financial.

However, if James finds there is evidence of criminal misconduct it could all change. As President, Trump has been too busy to deal with lawsuits, but he has now lost the Oval Office’s shield.

The US leader has been accused of using the office of the presidency for personal profit.

They argue that money spent by representatives of Saudi Arabia and other countries at his company’s Washington hotel was a violation of the clause. The Trump administration successfully challenged the legality of the claims.

But no court has ruled on the issue of whether the President violated the clause.

The marketing company later went bust. Plaintiffs said the Trumps persuaded them to invest hundreds of thousands of dollars in ACN’s desktop video phone service, only for it to be quickly eclipsed by smartphones.

It is now easier for the plaintiffs to request documents from Trump or even compel him to testify at a trial.

The President’s niece Mary Trump has sued him, alleging he conspired with his brother and sister to defraud her of millions of dollars from her grandfather’s estate. Last year Mary published a bestseller portraying the President as a narcissistic liar.

She claims in the book that, when she agreed to settle a dispute over her grandfather’s will, she was told the estate was worth £22million but learned later it was closer to £740m.

The President called his niece’s book “a lie”. But he can no longer cite being President as an excuse for not complying with any civil suit.

Former contestant Summer Zervos, below, claimed a few weeks before the 2016 election that Trump kissed and groped her in 2007.

He denied her claims and called his accuser a liar. She then sued him for defamation in 2017.

In court paperwork, Zervos said he grabbed her breast and kissed her without permission.

Trump agreed to testify, but his attorneys were able to postpone it pending an appeal court decision due this year.

He will lose the ability to argue presidential immunity, which was already a long shot due to legal precedent.

Trump is able to argue in court that his position as America’s chief executive makes him immune to prosecution or protects him from turning over documents and other evidence. He will also lose the help of the Justice Department in making those arguments.

So there is little wonder why he would consider pardoning himself. However, granting one could make it worse for his legal woes. Facing several State leaves prosecutions, a federal pardon is useless against such crimes.

But a pardon may constitute an admission of guilt, which could open up Trump to more private lawsuits. Trump might try pardoning himself to make sure he can’t be charged with criminal incitement, but admitting the crime makes it even easier to bring a civil suit against him.