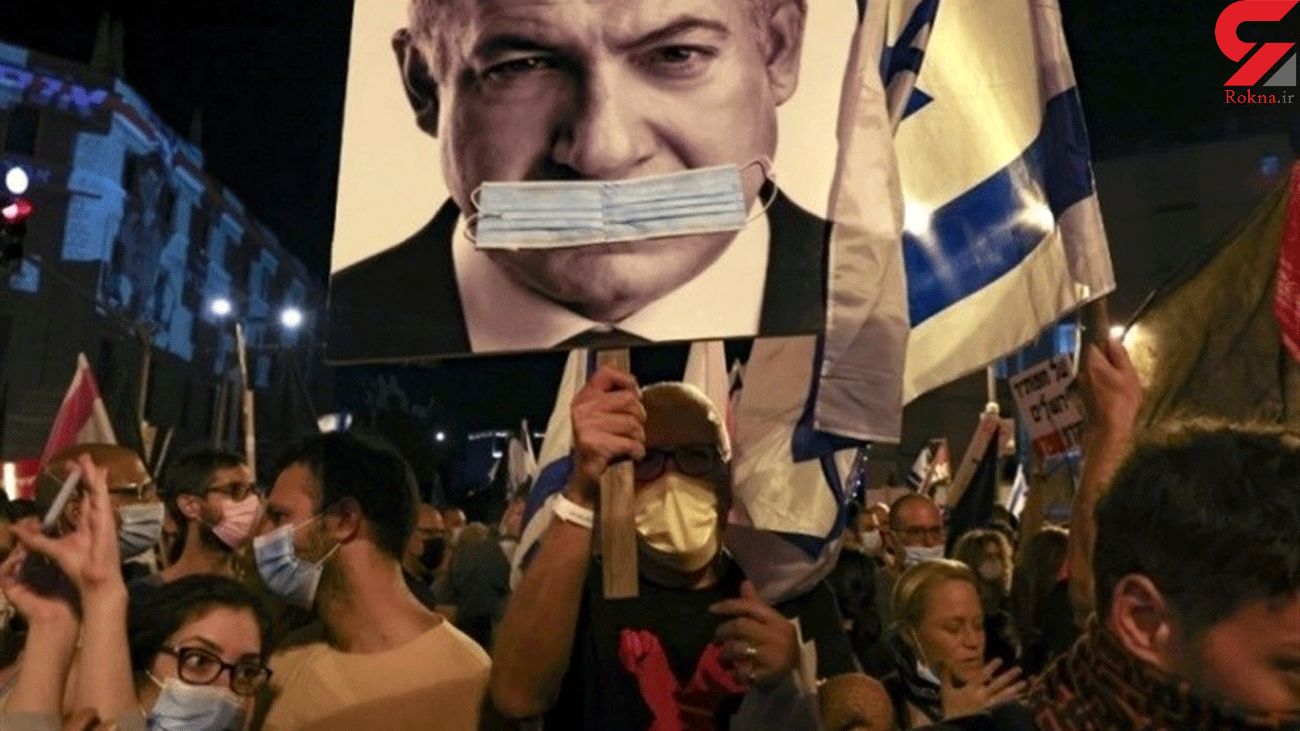 At dawn on Wednesday, Netanyahu’s residence was surrounded by a crowd of Israelis reading out his indictment.

The crowd was assembled by the ‘Crime Minister,’ one of several groups demanding Netanyahu’s resignation.

The corruption trial of the premier was supposed to take place on Wednesday, but it was postponed and is expected to resume on February 8.

Israel heads to the polls on March 23 in its fourth elections in two years. The incumbent prime minister is to see his legal woes out in the open during election campaign.

In November last year, Netanyahu was indicted for “receiving a bribe, fraud, and breach of trust” in four corruption cases.

As the most serious case of charges, Netanyahu has been accused of offering regulatory favors for media executives worth about 500 million dollars in return for securing positive press coverage that helped him win re-election twice.

In lesser charges of fraud and breach of trust, he is indicted for negotiating a deal with the owner of the Israeli newspaper Yedioth Ahronoth for better coverage. In return, the prime minister allegedly promoted legislation that would slow the growth of a rival newspaper.

And, Netanyahu and his wife have been charged with receiving expensive jewelry, cigars and champagne as gifts from a Hollywood producer and Israeli ‘citizen,’ and an Australian billionaire.

The indictments dealt such a blow to his Likud Party that prevented it from securing sufficient parliamentary approval for months on end.

The crisis forced the party to eventually align itself with opposition politician Benny Gantz’s Blue and White alliance in an “emergency coalition” in April after three inconclusive general elections.

The coalition has been paralyzed by infighting, while a pair of coronavirus-related lockdowns plunged the economy into recession and sent unemployment surging to the double-digits.Follow the Official Rokna NEWS Telegram Channel For More and fresh NEWS.