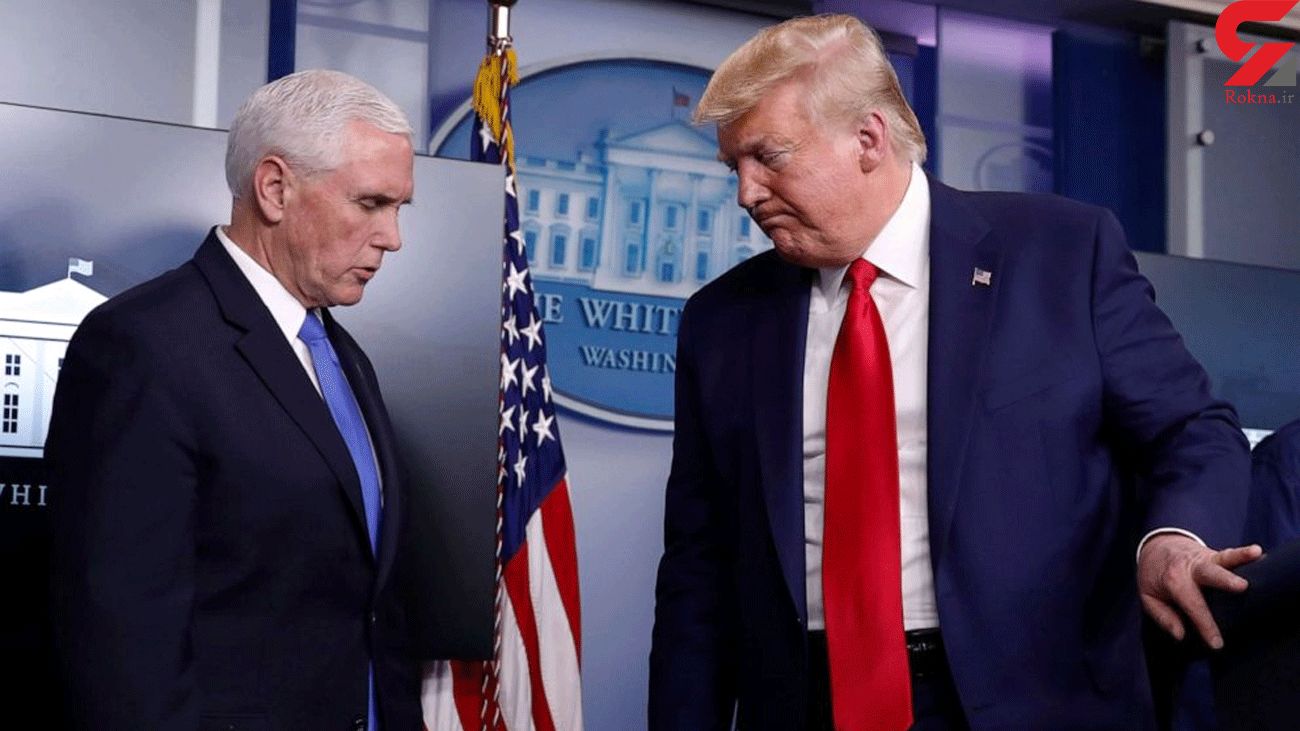 The source said there is some concern inside Pence's team that there are risks to invoking the 25th Amendment or even to an impeachment process, as Trump could take some sort of rash action putting the nation at risk.

As of Saturday evening, Trump and Pence still had not spoken since the Wednesday incursion at the US Capitol that left five people dead, including a Capitol Police officer, another source told CNN. The president has also not made any public comments denouncing death threats that have been posted on social media targeting Pence.

Pence has finally "gotten a glimpse of POTUS's vindictiveness," one source said, using the acronym for president of the United States.

Two sources familiar with the matter say Trump is angry at Pence and Pence is disappointed and saddened by Trump.

Trump put Pence in an impossible position, asking him to overturn the election results during Wednesday's joint session of Congress. When Pence explained that he could not do that and sent a letter to members of Congress that he would follow the Constitution, Trump used his Wednesday rally to egg on the crowd, telling them to march on Capitol Hill, and said of his vice president, "Mike Pence, I hope you're gonna stand up for the good of our Constitution and for the good of our country, and if you're not, I'm going to be very disappointed in you, I will tell you right now. I'm not hearing good stories."

As CNN previously reported, aides to the vice president were outraged that Trump did not check in on Pence on Wednesday as he and his family were fleeing from the mob storming the Capitol.

The fracture is the first time that Pence has disagreed with Trump publicly. Pence has always been one of the president's biggest defenders, often softening his harsh rhetoric and lobbying for his priorities quietly and behind the scenes on Capitol Hill -- while vocally supporting the president at rallies throughout the campaign.

For now, the source close to the vice president said Pence and his advisers hope to provide a bridge to the next administration and do as much as possible to assist US President-elect Joe Biden's team in preparing for dealing with the coronavirus pandemic.

But, the source cautioned, it has become clear this week that it is necessary to keep the 25th Amendment option on the table based on Trump's actions.

Invoking the 25th Amendment would require Pence and a majority of the Cabinet to vote to remove Trump from office due to his inability to "discharge the powers and duties of his office" -- an unprecedented step.

Trump could dispute their move with a letter to Congress. Pence and the Cabinet would then have four days to dispute him and Congress would then vote -- it requires a two-thirds supermajority, usually 67 senators and 290 House members to permanently remove him.

On Thursday, sources close to the VP said it was "highly unlikely" Pence would attempt to invoke the 25th Amendment. The sources said it appeared such an effort would ultimately be unsuccessful. Pence had not discussed invoking the 25th Amendment with any Cabinet officials, an administration official previously told CNN.

Senate Democratic leader Chuck Schumer said during a news conference earlier this week that he and Pelosi tried to call Pence to invoke the amendment to oust Trump from office, but they were put on hold for 25 minutes and then were told he would not come to the phone.

The House Rules Committee is expected to meet Monday or Tuesday to approve a rule that would govern floor debate for an impeachment resolution and Raskin's bill to create a new mechanism to invoke the 25th Amendment.

Under that timeline, an impeachment vote is possible by the middle of next week.

A growing number of lawmakers are calling for the president to be removed from office either through impeachment or the 25th Amendment. The calls have come largely from Democrats so far, but at least one congressional Republican, Rep. Adam Kinzinger of Illinois, has joined in.

Republican Sen. Pat Toomey of Pennsylvania said Saturday he thinks Trump "committed impeachable offenses," but the senator -- who is not running for reelection in 2022 -- is not certain attempting to remove the president from office with just a few days left in his term is the right course of action.

But in a memo to fellow senators Friday, Majority Leader Mitch McConnell indicated that the earliest the Senate could take up any House-passed articles of impeachment would most likely be right after Trump's term ends, saying that the Senate cannot consider the articles while in recess.

Since Republicans are unlikely to hold a trial before January 20, Senate Democrats would be able to hold a trial after Trump leaves office, once they officially take the majority.

The White House urged the House not to move forward with impeachment in a statement Friday. "As President Trump said yesterday, this is a time for healing and unity as one Nation. A politically motivated impeachment against a president with 12 days remaining in his term will only serve to further divide our great country," deputy press secretary Judd Deere said.Follow the Official Rokna NEWS Telegram Channel For More and fresh NEWS.