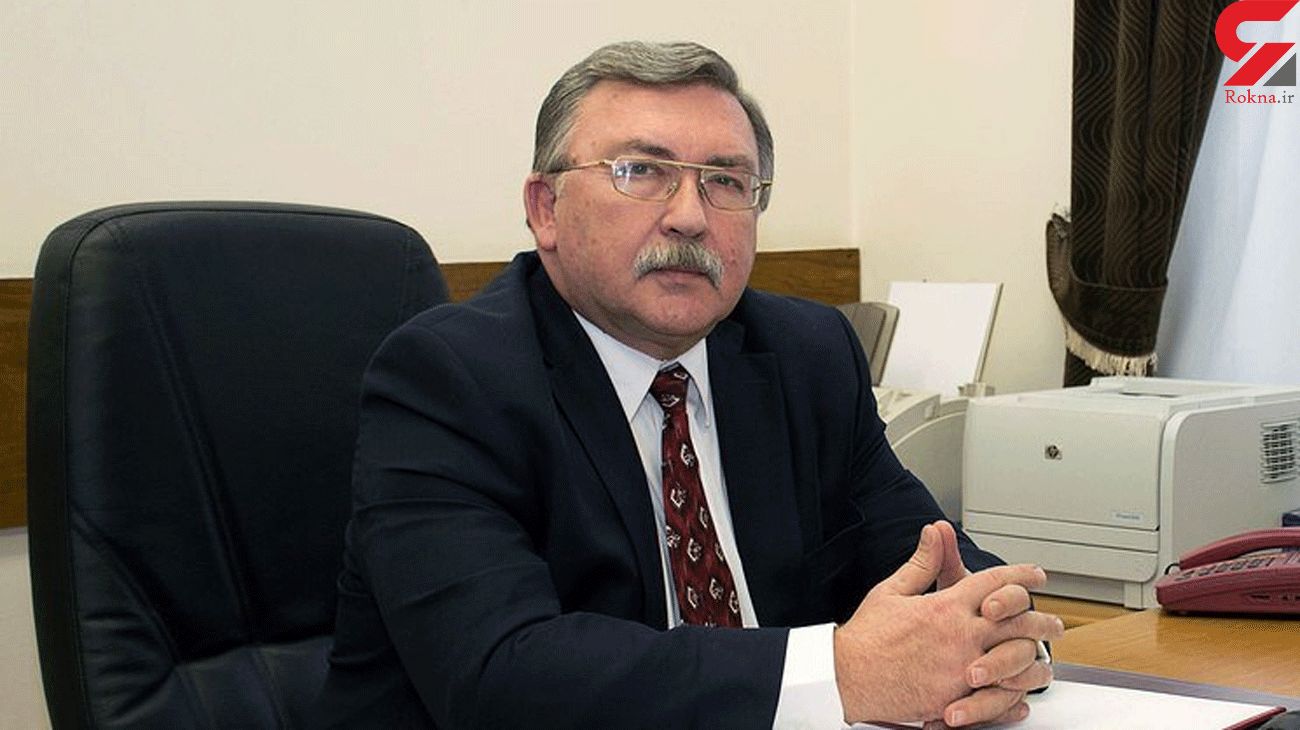 In a tweet on Saturday, Russia's Permanent Representative to International Organizations in Vienna Mikhail Ulyanov addressed the Europeans who have been toeing the US’ hawkish policies toward Iran, and wrote, “Reduced tension in the region can only be achieved through a wise and skillful diplomacy which should replace totally failed ‘economic leverage’.”

His comment came in response to a tweet by Andrea Stricker, a member of the Foundation for Defense of Democracies, who wrote, “If Obama contends sanctions pressure was necessary to produce the nuclear deal, how could Biden ever negotiate far more restrictions on Iran with far less economic leverage?” 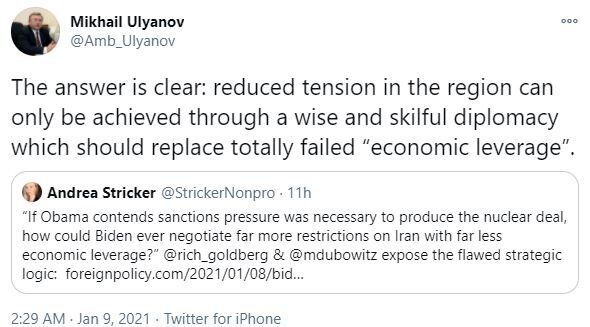 Iranian Foreign Minister Mohammad Javad Zarif has also urged rational decisions for the next US administration regarding Iran and leave the defeated US president’s past and avoid his “lawless” attitude.

In a tweet on Friday, Zarif said those who promote the notion that US President-elect Joe Biden should use outgoing US President Donald Trump’s array of economic sanctions against Iran as “leverage” in any future interactions with the country must learn from the defeated US president’s past and avoid his “lawless” attitude.

He wrote, that those who succumbed to Trump's lawless bullying for four years to protect their skin at the Iranian people's expense should gain foresight for their own sake, and do not use the US’ economic terrorism against Iran as “leverage".