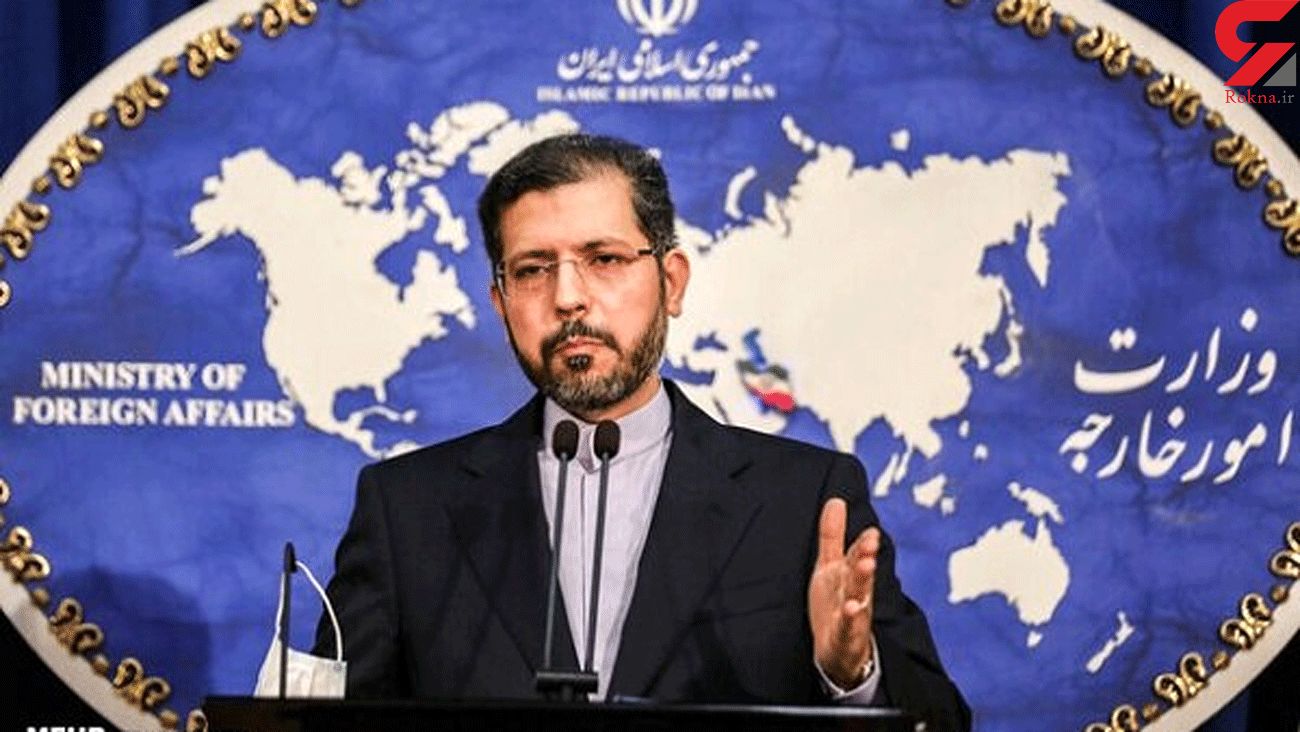 Saeed Khatibzadeh's remarks came after the US Central Command claimed Wednesday that the Sunday rocket attack on Baghdad's International Zone near the US embassy was "almost certainly conducted by an Iranian-backed rogue militia group."

Captain William Urban, the CENTCOM spokesman, said the 21 rocket attack was the largest rocket attack since 2010 on the area in central Baghdad, also known as the Green Zone.

"While this 21 rocket attack caused no US injuries or casualties, the attack did damage buildings in the US Embassy compound, and was clearly NOT intended to avoid casualties," Urban said in a statement.

Reacting to the made allegations, Khatibzadeh sadi, "Such repeated, baseless, and fabricated allegations and accusations by the White House are intended to overshadow Trump's current very difficult circumstances."

"As has been repeatedly stated, attacks on diplomatic and residential premises are rejected, and in this particular case, the finger of blame is on the United States itself and its partners and allies in the region, who seek to escalate new tensions," he added.

He continued, "As we have said before, Iran's response to US terrorism is obvious, courageous and so the US regime would do well to use more plausible scenarios to justify its sedition."

Addressing the US administration, the spox warned, "Avoid tension and dangerous adventures in these last days of your life in the White House. The Islamic Republic of Iran holds the US government responsible for the consequences of any unwise action in the current situation."

US President Donald Trump also accused Iran of being behind the recent rocket attack on the highly fortified Green Zone and the US Embassy in Baghdad.

“Our embassy in Baghdad got hit Sunday by several rockets. Three rockets failed to launch. Guess where they were from IRAN. Now we hear the chatter of additional attacks against Americans in Iraq...,” Trump claimed in a tweet on Wednesday night.

Trump’s anti-Iran tweet comes after a similar tweet by the US Secretary of State Mike Pompeo, in which he pinned the blame on Iran.

Pompeo also claimed that the attack had wounded an unspecified number of Iraqi civilians and that such "destabilizing actions" must cease.

Meanwhile, Khatibzadeh dismissed Pompeo’s “irresponsible” remarks, saying the accusations are meant to stoke tensions and that Washington’s military presence is the “source of instability” in the region.

Late on Sunday, the Iraqi officials announced that at least three Katyusha rockets had landed within Baghdad’s Green Zone.

The rockets landed close to the US diplomatic mission, causing sirens blaring within the compound without any casualties apart from some material damage.