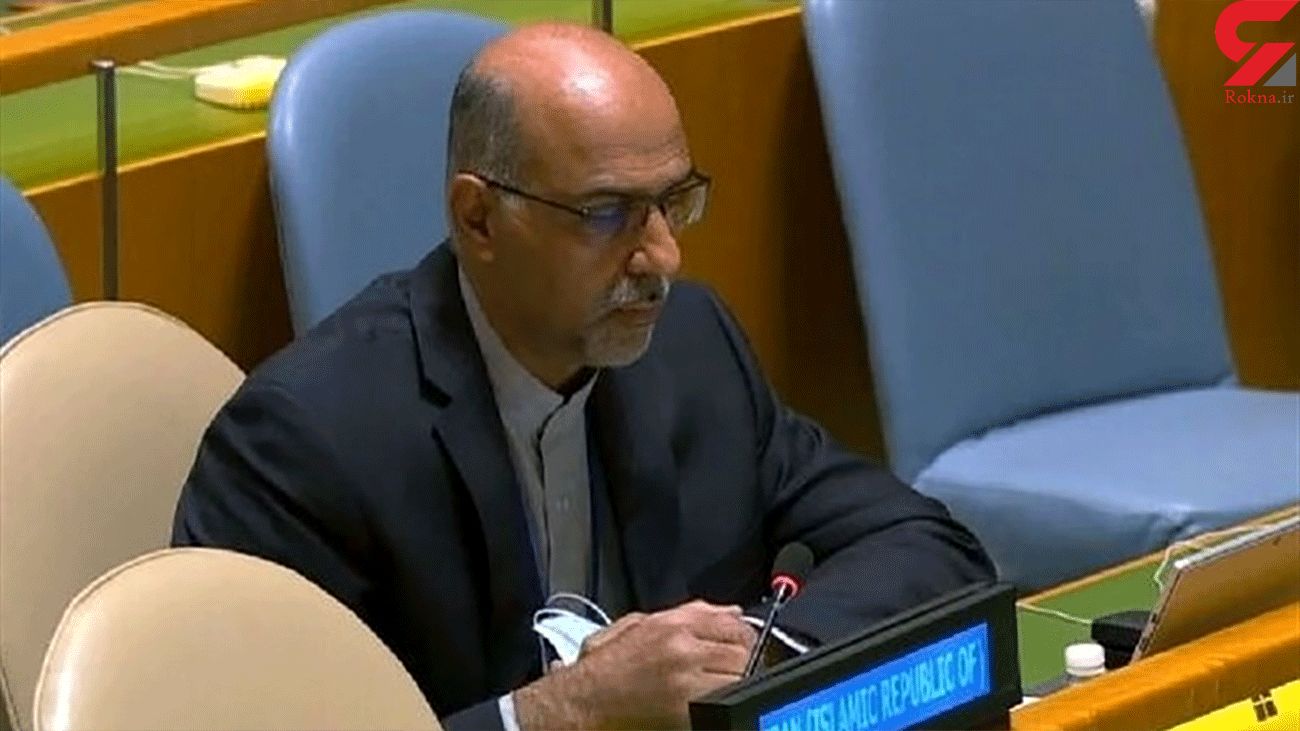 In an address to a Monday meeting of the Third Committee of the UNGA, Mohammad Zareian said the anti-Iranian report is based on unverified, biased and tendentious sources and is merely politically- motivated.

What follows is the full text of his speech, released by IRNA:

"In the name of God, the Compassionate, the Merciful

The report on the situation of human rights in the Islamic Republic of Iran (A/75/213) has been drafted solely based upon unverified, biased and tendentious sources and is nothing short of politically motivated.

It has not been prepared out of the genuine concern of its orchestrators, but rather with the interest of justifying their policy of aggression and hostility while contributing to their declared objective of subverting the constitutional order legitimately established by the Iranian people. This, in turn, constitutes a flagrant violation of the purposes and principles of the UN Charter, the International Law and International Human Rights Law.

Those behind the preparation of the report have manipulated the issues of human rights against my Government in order to distort our realities with false information. It is no secret that provoking the so-called human rights issues are part of the US “maximum pressure strategy” against Iranians. Terrorists, including those who used to be on the terror list of Western countries until recently, have become sweetheart allies in this evil campaign against Iranians.

The tragedy, however, lies in the complacency of the UN mechanisms which have become part of such scheming. Glorification of criminals whose hands are stained with the blood of civilians and law enforcement officers, as victims of ethnic or religious discrimination, is abhorrent. Although the specific cases have been raised in the report, were responded to separately in detail by the authorities, the author’s prejudices have marred the report in its entirety, as different parts of the report have been imbued with personal biases. Propagation of fake news and repeated opinionated interpretations, are among several fundamental flaws in the report.

One may wonder if those who are behind the report were racing against time to line up a number of unsubstantiated allegations against my Government. Had they been sincerely concerned about the human rights of Iranians, they would have immediately prepared a mandate to hold the Government of the United States accountable for its inhumane and illegal unilateral coercive measures, which have systematically been intensified in recent months, even amidst the COVID-19 pandemic.

The unilateral and illegal sanctions imposed by the United States against Iran constitute the crime against humanity, violating the human rights of an entire nation. The US sanctions have not only had a destructive impact on the well-being of my people, but also continue to prevent them from fully enjoying their human rights. The US sanction policy has always been an inhumane punishment policy targeting and affecting an entire population particularly children and adults with cancer and rare diseases, however, the novel coronavirus has highlighted the cruelty and malice of this crime. The broad limitations imposed on Iran as a result of cruel and illegal US sanctions, prevent my country from purchasing medicines, medical equipment and other necessary supplies to face the pandemic.

Regretfully, the human rights mechanisms have been unable or unwilling to hold Washington accountable for its cowardly and vicious assassination of Lieutenant General Qassem Soleimani, who was the all-conquering hero for bringing Takfiri terrorism to its knees in Iraq and Syria in order to restore peace and security to the region and defend human rights. The silence of the so-called flag-bearers of human rights advocates, with regards to this barbaric crime committed by the US with the cooperation and collaboration of certain countries, including Germany, is deafening now more than ever.

The UN Human Rights Bodies and officials, on multiple occasions, have complained that they are facing a funding crisis. One may wonder how it is possible then to have released four reports annually on the situation of human rights in the Islamic Republic of Iran. I would like to assure you that such reports have not only been drawn up based on a selective approach, but are also almost identical and in violation of the principles of universality, impartiality and objectivity.

My delegation rejects, in the strongest terms, the allegations contained in the report; the ill-wisher’s prejudices and hasty judgments have rendered it unfounded and far from reality.

I thank you, Madam Chair"