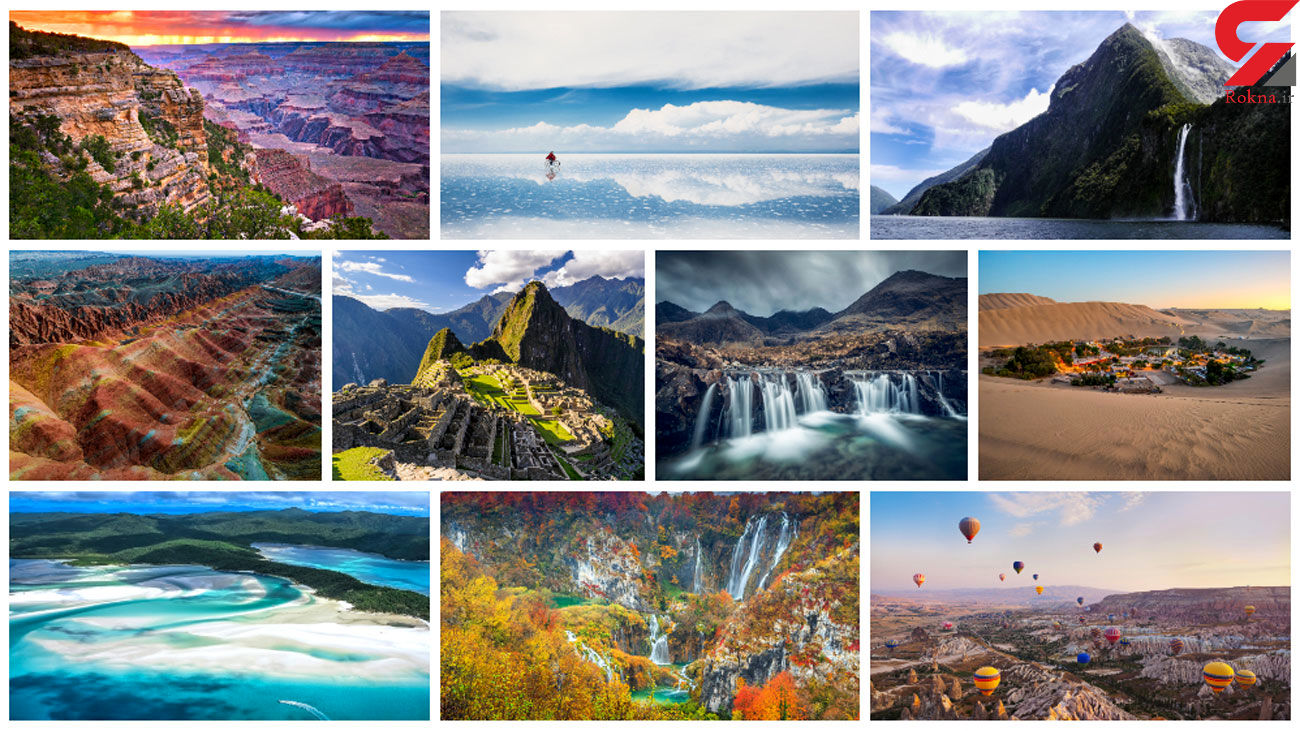 No, it’s not photoshopped! really unique place in the world that shouldn’t be missed is Salar de Uyuni or “salt flats” which is one of the highlights of a trip to Bolivia. It’s the world’s largest salt flat and definitely a dream destination. When it rains, it becomes the world’s largest mirror. The water on the salt flats never reaches a depth of more than 6 inches (15 centimeters) so you may have an exclusive sensation of walking on the surface of a mirror.

The Great Blue Hole is a large underwater sinkhole off the coast of Belize. Researches state that it’s the largest of its kind. From above it looks pretty mysterious, nevertheless its hidden depths attract scuba divers from all over the globe. Moreover the Great Blue Hole has got its fame as a bucket list dive. So rest assured that the most unforgettable diving ever is done here!

Now you may think that the end of Earth is found, but it’s just a different strange world on the top of the mount Roraima, which is in South America. This mysteriousmountain is usually seen shrouded in beautiful clouds, that’s why natives call it the Home of Heaven itself.

Lake Hillier situated right on the edge of Recherché Archipelago’s largest island in Australia may remind you of a bubble-gum or a strawberry milk shake, ’cause the color of this lake is PINK. It’s likely that there’s a vast underwater strawberry meadow, because scientists are not really sure why the water is pink.

The meadow of strawberries or not, you’re probably just curious whether or not you can swim in lake Hiller. Well, here’s the good news, it’s just a really salty lake. It is perfectly safe for swimming and it doesn’t seem to have any adverse effects on people or local wildlife.

Pamukkale means “The Cotton Castle” or “The Cotton Fortress” in Turkish, It is a natural site with snow white stalactites, hot springs and travertines and terraces of carbonate minerals left by the flowing water. It is widely known as the 8th Wonder of the World by Turkish people. To keep the travertines white it was forbidden to walk on them, but it’s possible to walk on some of them barefoot. This spot is a must-see for those who travel to Turkey, but you should hurry up to visit it ASAP because it may disappear in coming years.

It’s a paradise on earth hidden In terms of wow-factor you shouldn’t miss Yemen’s Socotra Island. It is a bright example of an alien world, it looks like cosmic creatures should live there. Don’t expect to find mainstream flora or fauna here, Socotra Island is home to over 200 species found only on the island. It’s definitely an exotic paradise with plenty of unspoiled treasures to admire.

In terms of wow-factor you shouldn’t miss Yemen’s Socotra Island. It is a bright example of an alien world, it looks like cosmic creatures should live there. Don’t expect to find mainstream flora or fauna here, Socotra Island is home to over 200 species found only on the island. It’s definitely an exotic paradise with plenty of unspoiled treasures to admire.

Klevnan city suddenly got the worldwide fame thanks to astounding train tunnel of trees. This tunnel was formed over many years, as trains bustled in and out shaping the surrounding trees. Now abandoned, the path is a romantic spot for an afternoon stroll. The tunnel of love attracts lovers from all over the world. It is believed that if two people are madly in love with each other and cross the tunnel hand in hand, their wishes will come true. Everyone who visits this place says that it’s one of the most beautiful and romantic places around the globe.

We live on a spectacular planet; you just have to open your eyes to it. So where in the world would you rather be right now?