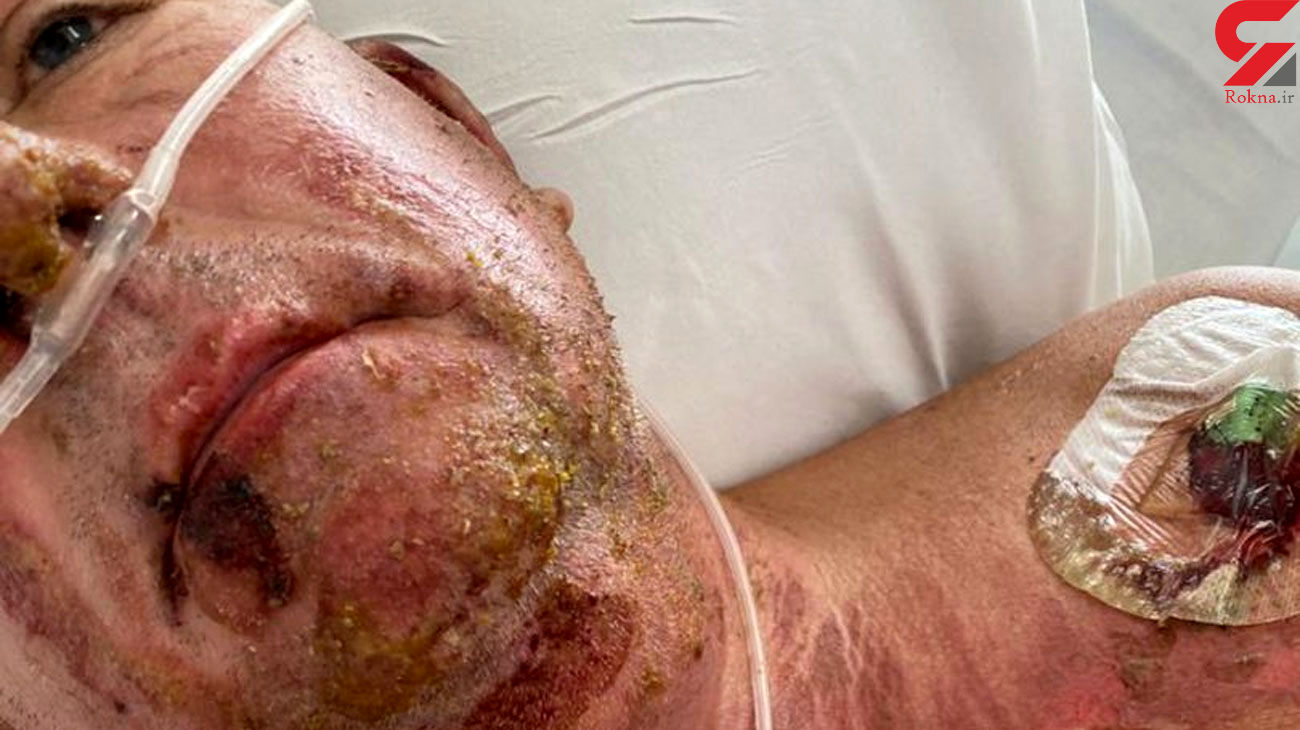 Paul Wyatt, 50, set himself on fire when clearing hedges in his garden and spent two days in an induced coma.

Now Paul, who owns a bespoke furniture company, has to use cream on his burns four times a day but luckily managed to avoid any serious damage to his lungs and throat.

The dad-of-two, of Gleadless, Sheffield, had tried to light a match to burn the hedge trimmings but the garden waste didn't catch fire.

So Paul then decided to apply a drop of petrol, planning to step back and throw a match on. Unbeknown to him, the original match was still smouldering.

Immediately after pouring the fuel on to the fire, the oil drum he was burning his garden waste in 'went up like a jet engine' and set his upper body on fire.

Paul, who has to now do exercises to stretch his skin, said today: "I thought the match had gone out. There were no flames, no smoke or anything.

"I thought I'd use a bit of petrol, something I've done for years with no trouble, but this time did it rushing around and not thinking. I literally just dropped the petrol and it just exploded.

"The injuries I have will be with me for the rest of my life, but I know how lucky I am. They sent me home with bag fulls of dressings. My skin is like a baby's skin basically.

"The hospital staff said it was a good job I didn't breathe in while my head was on fire as I could have damaged my airways and paid a much bigger price.

"I'll certainly never add any kind of accelerant to a fire again and I'd really urge other people not to make the same mistake I did - it really isn't worth it.

Having spoken to our friends, family and colleagues since the accident, it seems it's a really common thing to use petrol to fuel a fire.

"That is why I'm not embarrassed about it, because I know I'm not alone."

Paul and his wife Ann, 53, want to share the harrowing ordeal to prevent shocking garden accidents like this happening to other people in the future.

Ann, who works for charity The Sick Children's Trust, which works alongside Sheffield Children's Hospital, said: "Because of Covid-19, I was told by reception I could wait outside and pop my head in intermittently and they'd inform me of any updates as soon as they knew.

"They put him in a coma to protect his airways because there were burns around his nose, lips and his face was swelling, so they didn't know whether any damage had been caused on the inside. They decided they'd put him in this coma.

"We want to raise awareness.

“Had he known that the match was lit, there was no way on earth he would have done that. I want to stress that.

"Afterwards, Paul talked to so many people, including workmates and family, and the amount of people who said to him 'Oh my God, I've done that' was incredible. He's not alone."

The businessman, who must now wear factor 30 sun cream for a year, has been supported by South Yorkshire Fire and Rescue since the trauma, which happened during lockdown in July.

Station manager Steve Jones, who helps lead the joint police and fire community safety department, said: "When it comes to petrol, even the vapours can set alight and make the fire spread rapidly to the person holding the can.

"In this incident, it only took a split second and the top half of Paul's body was totally ablaze.

"Ideally people won't be having garden fires over the coming weeks but, if you must, don't even think about adding an accelerant and make sure those you care about don't, either."