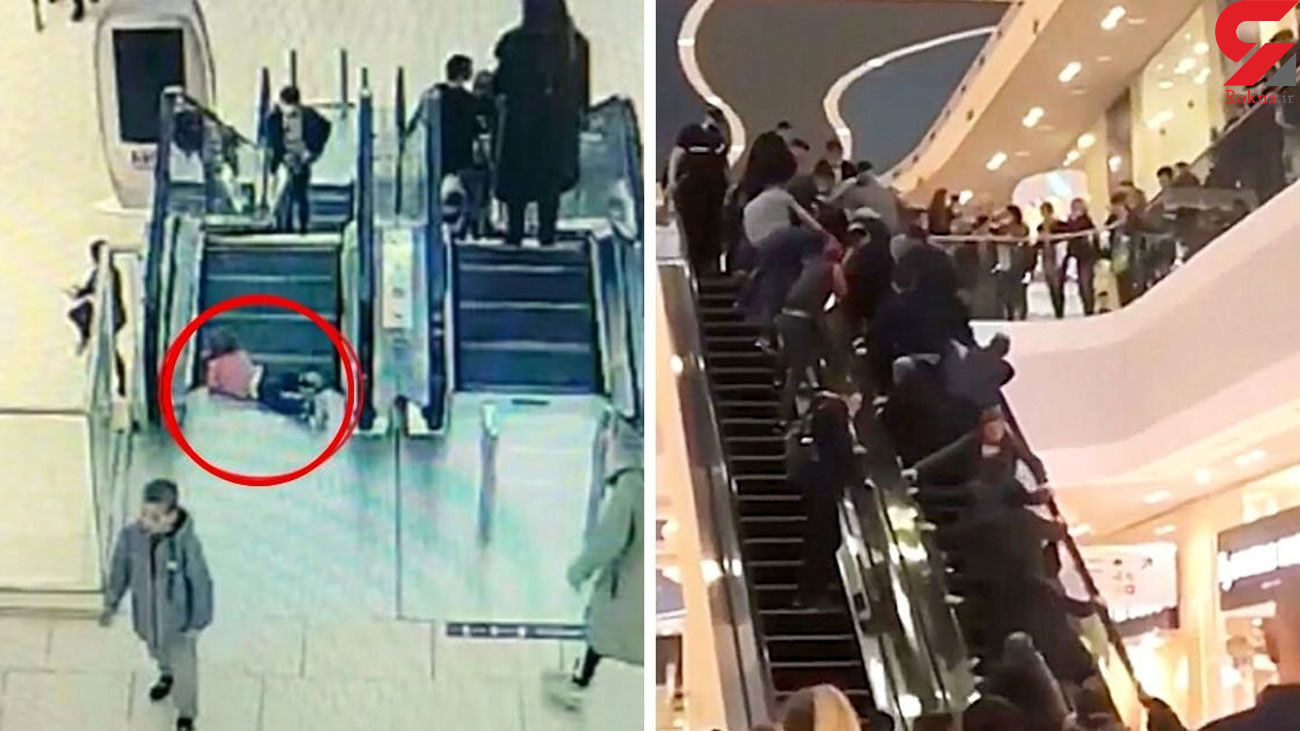 Dozens of shoppers helped free a small girl’s fingers which got trapped in the flooring of a moving escalator.

A video shows extraordinary images of how they jumped on the moving stairway at a mall in Russian resort Sochi to stop the escalator and try and move it backwards to release her.

The frightened girl aged two had wandered away from her mother then slipped at the top of an upward moving escalator.

Her fingers got trapped in the moving floor.

Shoppers responded at lightning speed, by jumping on the stairs so triggering it to stop moving, say reports.

Their actions also released her fingers, even though they were later criticised by staff at MoreMall for taking matters into their own hands - and being too “emotional” in their response.

A spokesman for the mall claimed that security had halted the escalator.

“Technicians arrived at the site a few minutes later, but by this moment caring visitors of the mall, succumbing to emotions, organised independent actions to free the child's fingers,” said a spokesman.

“Safety experts point out that such spontaneous, emotional actions could lead to the risk of serious injury, not only to the child, but also to the visitors themselves.

“It is good that this incident ended only with fear and scratches on the fingers of the small child.

“We want parents to be more attentive to such small children and not to leave them unattended even for a minute.”

Regional state prosecutors are examining safety measures at the mall.

A security guard told 360TV that the girl’s mother was in shock.

"She felt guilty and even refused hospitalisation for the girl,” he said.

“But head of the shift and visitors insisted she went to the ambulance."