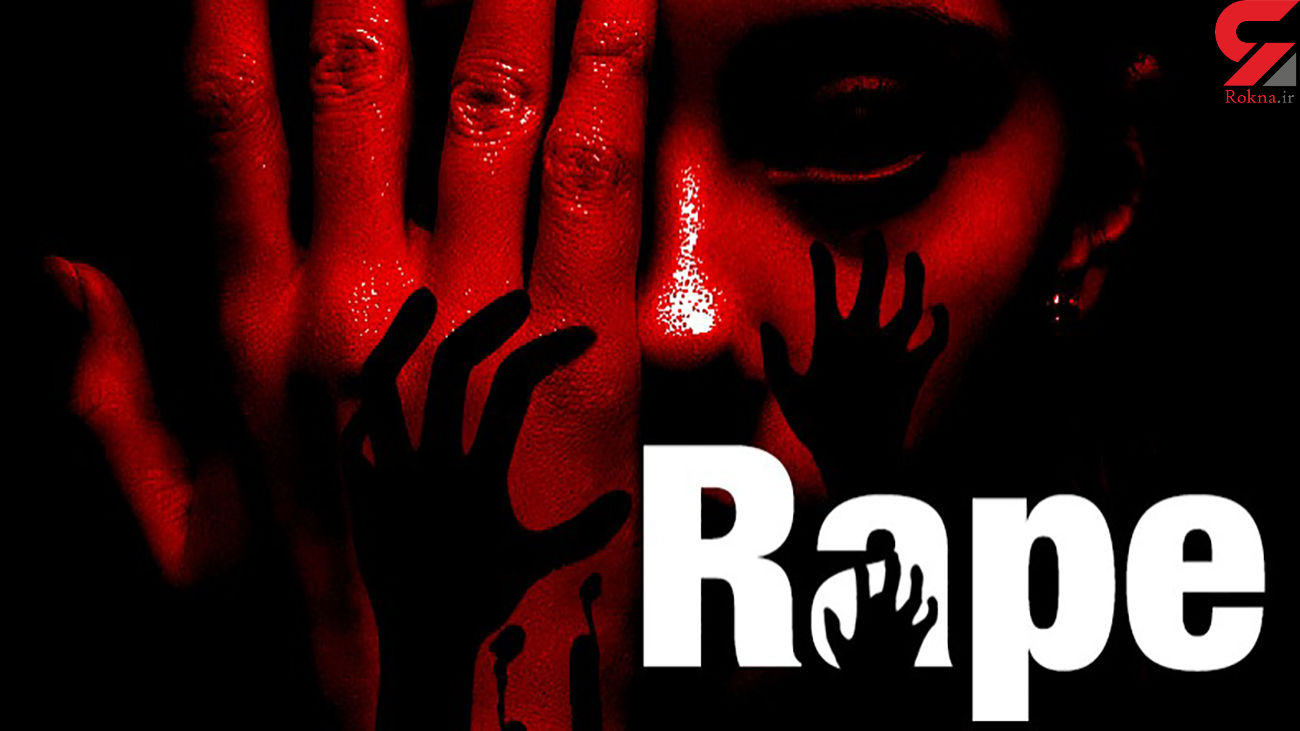 The case of Sarah Everard publicly highlighted the risks faced by women in the UK.

The 33 year-old was abducted, raped and murdered by a man society was meant to trust - leading to national outrage and protests across the UK raising questions about the safety of women.

Wayne Couzens, 48, who at the time was a serving Metropolitan Police officer, was sentenced to life imprisonment for his heinous crimes against Sarah Everard.

This horrific statistic shows on average there have been 2.5 killings per week since Ms Everard died.

Here, we tell the stories of the victims in the 31 cases which have concluded since Ms Everard's death. Seventy cases are still awaiting trial...

Geetika Gooyal was savagely stabbed to death by her husband in Leicester.

Kashish Aggarwal, 28, stabbed his wife to death in their home and upon questioning denied murdering Gooyal claiming she was killed by an intruder whilst he was in the shower.

Aggarwal was sentenced to a life sentence of minimum 20 years and 6 months after pleading guilty to murder.

Following an argument, Smith attacked his girlfriend, beating her then stabbing her with a kitchen knife.

He then moved her body to the bedroom, put her on the bed, wrote on her body in red nail varnish: “It was me”.

Smith pleaded guilty to her murder and was jailed for life to serve a minimum term of 17-and-a-half years in prison.

Wenjing Lin, 16, was murdered in her parents' takeaway shop in Ynyswen, South Wales.

A family friend who murdered the schoolgirl then stabbed her stepfather repeatedly has been jailed for 30 years.

Chun Xu carried out his murderous attack at Blue Sky Chinese on March 5.

The 32-year-old, who was treated like a nephew, carried out internet searches for "Will fingerprints be burned by fire" before strangling popular teen Wenjing hours later.

He then lured her stepdad into a basement before viciously attacking him with two knives.

For the murder of Wenjing Lin the defendant was given a life sentence, and told he must serve a minimum of 30 years before he can apply for parole.

For the attempted murder of Yongquan Jiang Yang the defendant was sentenced to 25 years in prison to run concurrently.

Karen McClean was stabbed to death in Newtownabbey, Belfast, Northern Ireland in a suspected double murder-suicide.

Her son Ken Flanagan was suspected of fatally stabbing his mum and girlfriend Stacey Knell at two different homes in Newtownabbey, north of Belfast, before taking his own life

Police said in the aftermath of the tragedy: "While we have launched a murder investigation, we are not looking for anyone else in connection with these incidents which we believe are connected."

His mother was concerned about her son's behaviour in the months before the tragedy as he was a heavy drug user who had failed numerous times to remain clean.

Samantha Mills, 31, aka Sammy was murdered in an arson attack at her home in Huddersfield on 23 March.

“Truly wicked” Craig Collier was jailed for the murder of the mum and 24-year-old Reece Schofield who died when they became trapped on the top floor of an empty house that had been set on fire during a party.

Collier was jailed for life with a minimum term of 30 years for murder during a hearing at Leeds Crown Court.

He was also convicted of one count of arson with intent to endanger life and one count of perverting the course of justice.

What crimes have been reported in your neighbourhood? Check with In Your Area.

Amadeusz Sekula, 21, knifed defenceless Klaudia in the neck several times during a "savage, ferocious and frenzied" attack at their home in Hull.

The judge ordered that he will spend at least 16 years and 277 days behind bars before he's eligible for parole after he admitted her murder.

Sekula changed his plea to the murder charge on the day of a scheduled trial at Hull Crown Court.

Emma McArthur, 43, was attacked and subsequently killed in Thatcham Berkshire.

Christopher Minards, 35, who did not have a registered home at the time of the attack was jailed for at least 16 years and two months for her murder.

Sherrie Milnes was killed at her flat in Weymouth, suffering from multiple stab wounds and neck compression.

It is believed that Steven Doughty, 54, killed Milnes before killing himself shortly after.

Police described both deaths as "linked", with an inquest hearing Doughty died as a result of hanging.

Constanta Bunea, 49, was murdered by her abusive husband who stabbed her with a pair of scissors in the bathroom of their flat in Southeast London.

Vasile Bratu, 40, was high on drugs at the time of her attack.

When questioned Bratu originally claimed she was fatally injured by accident by falling on the scissors.

Bratu denied murder but was convicted of murder by a jury and has since been jailed for life with a minimum term of 21 years.

Loretta Herman, 85, was strangled to death in her home in East London.

After medics were unable to resuscitate his mother, Mark Herman, 54, was charged with murder, she was found in the bath with neck compression injuries.

Following his arrest, Mr Herman took his own life inside a mental health facility.

Sally Metcalf, 68, was found dead in her home along with her husband Jonathan Metcalf, 72, who was found hanged.

Mrs Metcalf died of compression of the neck and Mr Metcalf died from hanging, Suffolk Police are treating their deaths as a murder-suicide.

Sarah Keith, 26, was found dead in her flat in Leeds.

Carl Chadwick, 35, was charged with murder after allegedly strangling his partner and stabbing her in the heart because he thought she cheated on him.

Following the murder, Chadwick covered her body with a curtain and continued watching TV.

After pleading guilty to murder, Chadwick was sentenced to life imprisonment with a minimum of 25 years served.

Kerry Bradford, 57, was found dead in her home in Newport, Wales.

Following the death of her husband, Nicholas Bradford, Police visited their home to inform her about her husband's death.

However, after receiving no response Police smashed their way in to find her dead in the living room with multiple stab wounds to the neck.

It is believed Mr Bradford, murdered his wife before committing suicide in the car park in Newport city centre.

Gwent Police said: "57-year-old Kerry Bradford was found deceased at an address in Monnow Way at about 6.15pm on Sunday, April 25.

"The death is being treated as suspicious.

"We are not looking for anyone else in connection with her death, which is being linked to another death on Sunday afternoon.

"At around 4.40pm we also had a call reporting that a man had fallen from the Kingsway car park in Newport city centre. The man was confirmed dead at the scene. His death is not being treated as suspicious."

Get all the latest news sent to your inbox. Sign up for the free Mirror newsletter

Beth Apsey, 34, was found dead at her home in Reading.

Ben Shand was convicted of murder by unanimous verdict in Reading Crown Court on Friday, December 17, and was sentenced to life imprisonment on Monday, December 20 with a minimum term of 20 years.

The 45-year-old from Reading murdered his girlfriend Beth following a booze-fuelled row.

Susan Booth, 62, was found dead with serious injuries suffered at the hands of her husband, Stephen Booth, 63.

Stephen Booth, armed with an axe, hit his wife 19 times as she came home from work.

Following the brutal killing Mr Booth, called 999 and confessed to the heinous crime.

Booth plotted to kill her as he was angry over the sale of their former home, the place he told the operator he had built, almost brick-by-brick.

Stephen Booth was handed a life sentence and told he would a serve a minimum 22-and-a-half years behind bars after he pleaded guilty to murder.

Maya Zulfiquar, 26, from London was found shot and strangled in Pakistan.

The 26-year-old moved to Pakistan from the UK about two months earlier, having studied at Middlesex University.

No charges have yet been made although it is alleged that she had been threatened by men who wanted to marry her.

Maria Rawlings, 45, was found dead in a bush with serious head injuries and signs she had been strangled near a school in Romford, Essex.

The mother of two, was seen on CCTV being dragged off the street and led to the shrubbery where her body was later found.

Sentencing was adjourned until January 10 next year.

Chenise Gregory, 29, was found stabbed to death in a hotel in North Yorkshire in a suspected murder-suicide.

Both Ms Gregory and Michael McGibbon, also 29, were pronounced dead at the scene in North Yorkshire by paramedics.

A post-mortem has taken place that has confirmed the couple died from multiple stab wounds.

Agita Geslere was found with multiple stab wounds in her home in Barnsley.

The 61-year-old later died in hospital due to her injuries.

Her son, Renars Geslers, was charged with her murder and appeared at Sheffield Crown Court in October to deny her murder.

He later admitted her manslaughter by reason of diminished responsibility, a plea accepted by the the Crown Prosecution Service following medical reports that revealed he suffers from paranoid schizophrenia.

A depraved predator who brutally raped and murdered her has been jailed for life.

Jason Graham, 30, repeatedly punched, kicked and stamped on her head and body, he also raped her and left her dead in her blood for days.

Registered sex offender Graham battered Esther to death in what a judge described as “the gravest of crimes” which involved “utter brutality and extreme and sustained violence”.

Jailing Graham for a minimum of 19 years at the High Court in Livingston, Lord Armstrong told him the vicious murder had had a “devastating and continuing impact” on the lives of her relatives and members of her community.

Gracie Spinks has died following a stab wound to the neck attempts were made to try to resuscitate her but Miss Spinks was pronounced dead at the scene.

The 23-year-old was killed in Derbyshire as she tended to her horse.

Michael Sellars, 35, was found dead nearby.

Sellars was a former colleague who had been stalking her and Gracie had taken out a restraining order against him.

Sally, 44, was found dead following multiple knife wounds in a house in Cornwall.

Jacob Poynton-Whiting, 22, pleaded guilty to mansalughter after denying murder, and is due to be sentenced in January.

Catherine and Leslie Wardleworth were found shot to death in their home in Merseyside.

Police believe she was killed by her husband Leslie Wardleworth, before he killed himself.

Both were declared dead on the scene.

Sukhjit Badial, 73, was found dead with her husband Sewa Badial, 87, at their home in Warwickshire.

Police are viewing this case as a murder-suicide.

Tamara Padi, 45, was stabbed to death in her home in Greater Manchester.

Her husband Aubrey Padi, 46, waited until she fell asleep before attacking her, he even went to the lengths of setting an alarm on his phone so he could take a nap.

Mr Padi, was sentenced to a minimum of 23 years in prison after pleading guilty to murder.

Maxine Davison was shot dead by her son Jake Davison during a mass shooting in Plymouth.

He killed his mum with a shotgun in her home.

Kate Shepherd died in hospital after Jake Davison shot her when she was out walking in Plymouth.

Prior to his crimes, Davison had a history of bitterness and anger towards women and ranted online to a 16-year-old girl “women are arrogant and entitled beyond belief”.

Davison was a member of the ‘Incel’ group, who are men that are involuntarily celibate and blame women for their sexual failings in misogynistic online groups.

Maddie Durdant-Hollamby was found dead in her home in Kettering, Northamptonshire .

The 22-year-old’s body was found with a critical stab wound to the chest.

She was alongside her partner Ben Green, 41 who died from self-inflicted stab wounds.

Her husband Ian Dent, 69, was also discovered dead and police are not searching for anyone else in connection with the crime.