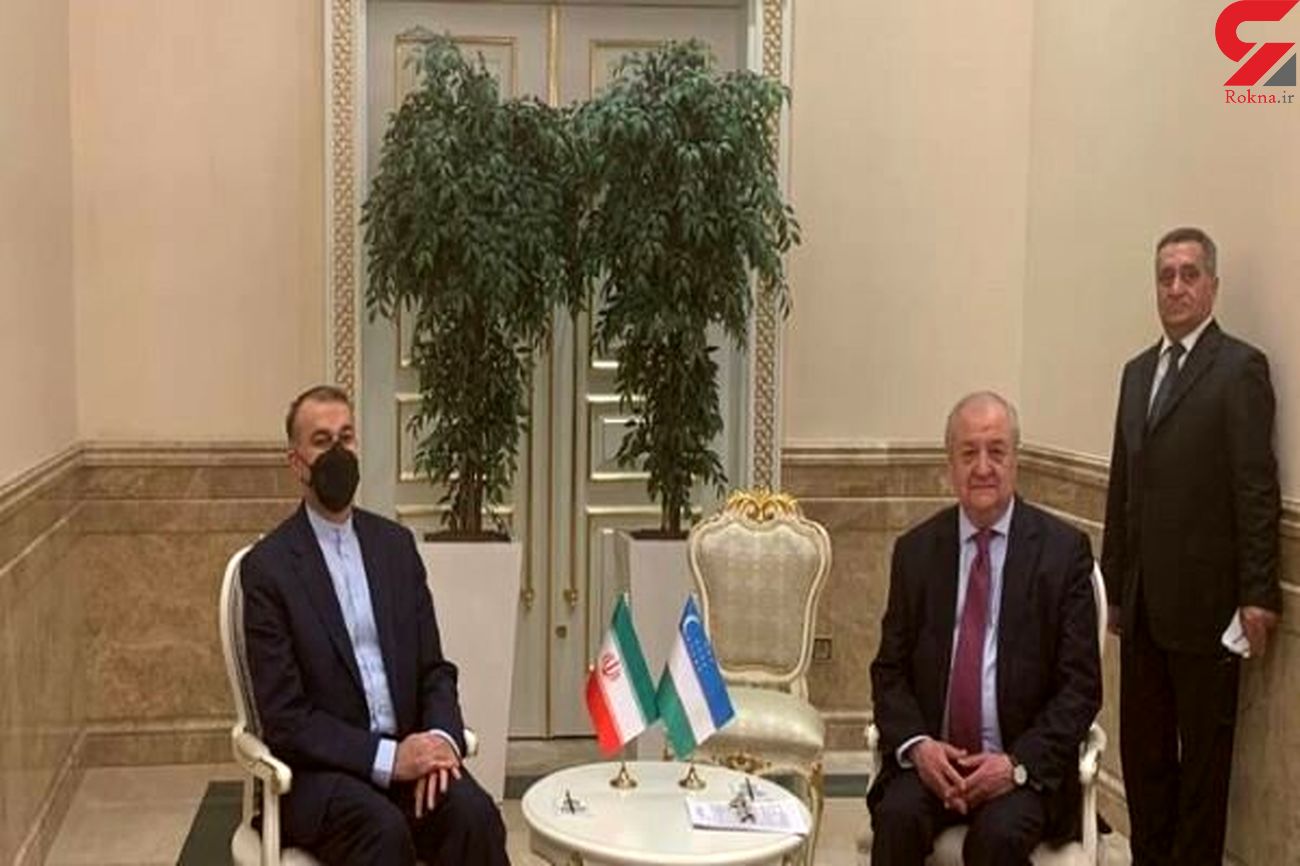 Iranian Foreign Minister Hossein Amir-Abdollahian met and held talks with his Uzbek counterpart Abdulaziz Kamilov on Saturday on the sidelines of the 15th ECO Summit in Ashgabat, capital of Turkmenistan.

During the talk, the two sides explored avenues for enhancing bilateral relations and also discussed the issues of mutual concerns.

The Uzbek Foreign Minister also stressed the need to draw a roadmap for cooperation between the two countries and to promote bilateral relations.

Reviewing the relations between the Islamic Republic of Iran and Uzbekistan in various political, cultural, and economic fields, Amir-Abdollahian stressed the need to expand relations in the interests of the two countries.

He also expressed Tehran's readiness to hold a joint commission cooperation meeting between the two countries in the near future.

He also welcomed the Uzbek Foreign Minister's proposal to draw a roadmap for cooperation between the two countries, calling it a factor in boosting relations.

Iran's seriousness to reach a good, immediate agreement in the upcoming talks and the country's measures to lift all US unjust and illegal sanctions were also among the issues raised by the Iranian Foreign Minister.